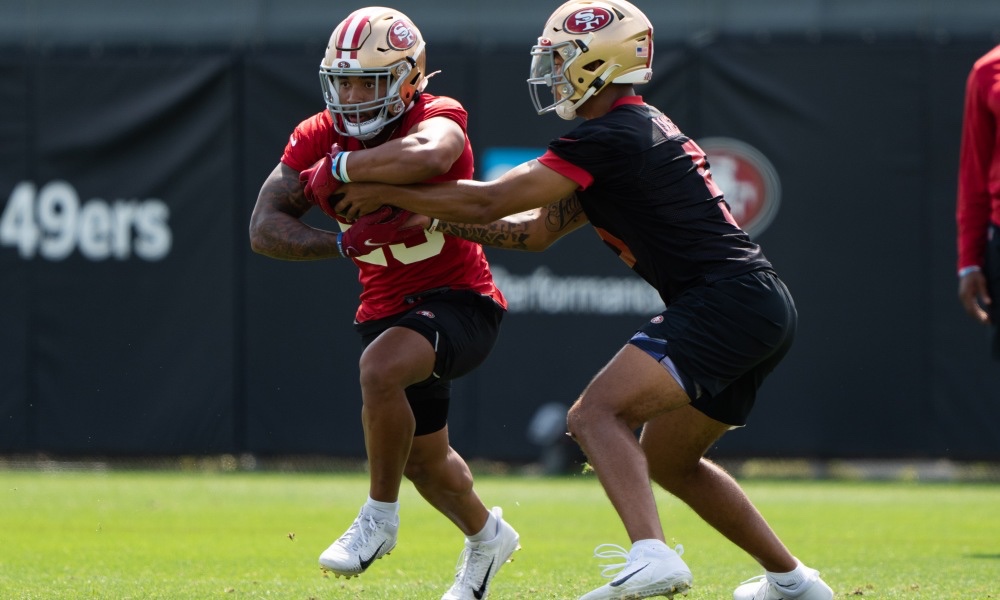 We have officially notched two preseason games on our belts. There is one final game to try to comb through the tangled web of running backs on the 49ers and the only two running backs that are bonafide locks to make the roster are Mitchell and Jeff Wilson Jr. — or so we thought.

No, Kyle Juszczyk, I didn’t forget about you. I just have you labeled as a fullback.

Assuming Wilson Jr. stays in the Bay Area, three spots all but locked up. That leaves JaMycal Hasty, Tyrion Davis-Price, Jordan Mason, and Trey Sermon all battling for those final two spots.

Mitchell has obviously planted his flag as the lead back, despite his inability to stay healthy. Wilson provides consistent play making ability and a highly coveted veteran presence at the position.

WHO WILL BE THE ODD ONES OUT?

If you have either lived in a rock or had your head buried in the sand, then you probably think Sermon is considered a lock to make the roster.

After all, he was the next Kareem Hunt just a year ago and seen to be the back that dripped with league winning upside. So what happened?

TDP and Sermon both have nearly identical on paper draft capital. TDP was taken 93 overall while Sermon was taken with pick 88. However, the 49ers traded two fourth round picks in 2021 to trade up for Sermon.

Looking at the numbers, the answer should be crystal clear.

Yards after contact per rush through two preseason games for the 49ers:

Mason has averaged 5.8 yards per carry while Sermon has managed a measly 1.6.

Regardless, the draft capital alone will likely force the 49ers to commit another roster spot to the running back position to keep Sermon while Hasty would likely get relegated to the practice squad.

As far as fantasy goes, Mitchell and Wilson Jr. are must drafts while all eyes should be kept on Mason should he make the roster.

TDP and Sermon will just cannibalize each other.