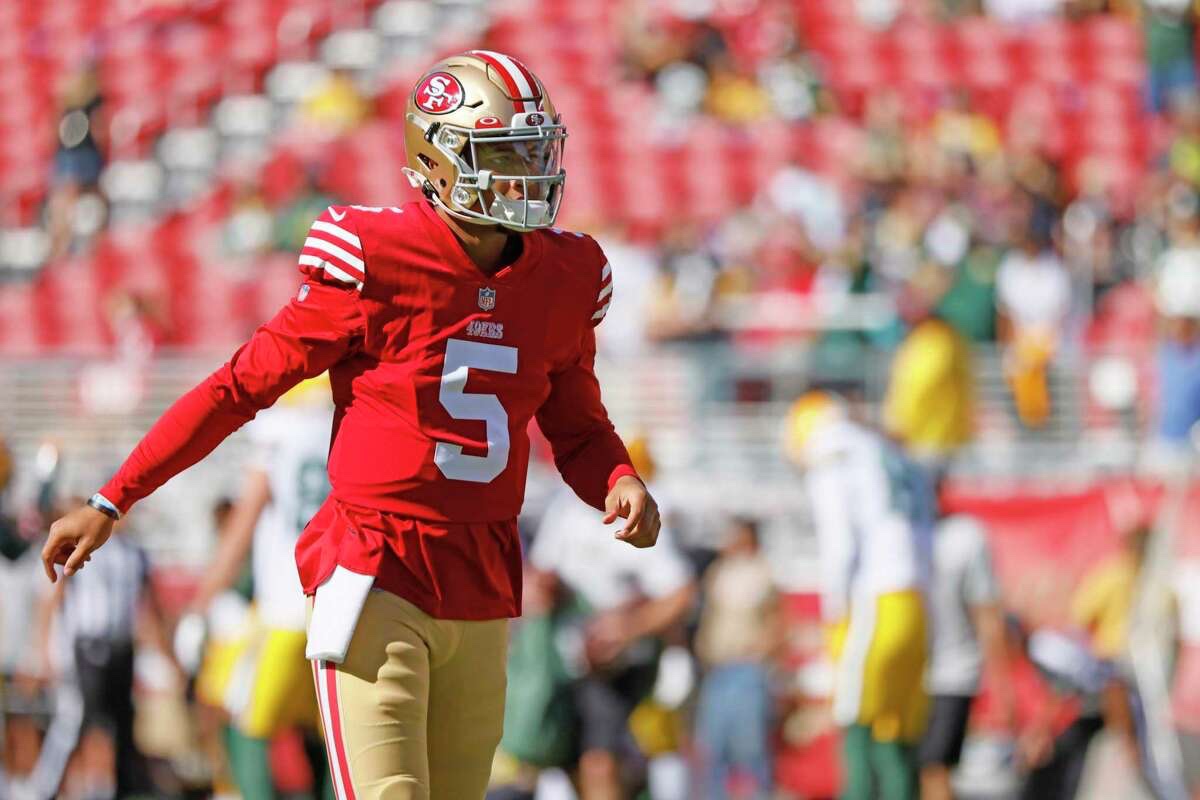 There are a handful of quarterbacks who could finish as the QB1 this season.

Fantasy quarterback production is arguably the easiest position to find top 12 outputs on any given week. During the 2021 season, a record-high 49 quarterbacks finished as a QB1. Names like Tim Boyle, Josh Johnson, Trevor Siemien, and Geno Smith finished inside the top 12 with week-winning performances.

With all that being said, don’t reach for a quarterback in your upcoming drafts. It may be enticing to have Josh Allen, Patrick Mahomes, or Justin Herbert on your roster, but you miss out on positional value when passing up on players in that range.

The point differential between these two positions is extreme and is one of the main reasons not to reach so high on these elite quarterbacks.

With all that being said, there are many options after round six and outside our top five quarterbacks who have the skill-set to finish as the overall QB1 this season. So, here are my top three candidates.

If you invested any redraft stock in Trey Lance last season you pulled the trigger one season too soon, but with Jimmy Garoppolo out of the picture, reload and fire away on Lance in 2022.

In just two games started in 2021, Lance averaged 12 rush attempts a game, which is more than Lamar Jackson or Allen. The rookie was inches away from scoring a rushing touchdown in his first start against the Arizona Cardinals which would have given him three games of 19 or more fantasy points.

Lance has had a full season to become acclimated to the NFL and is ready to command the 49ers offense. With George Kittle, Deebo Samuel, and Brandon Aiyuk as his primary playmakers, Lance has one of the best-skill position groups in the league. The second-year quarterback has been building a strong relationship with Aiyuk, and the two have been making explosive plays throughout training camp. The hype is real for this 49ers offense to explode.

Lance also has Kyle Shanahan who is not new to coaching a dual-threat quarterback to fantasy stardom. As the offensive coordinator for the Washington Redskins, Shanahan coached former fantasy darling Robert Griffin III to a QB4 finish as a rookie. With his elite rushing ability, goal line carries, massive arm, and elite weapons, Lance has the best ceiling to be this years overall QB1.

The 2017 QB1 is making a great case to be the best fantasy quarterback this season. Over his 10-year career, Wilson has never been lower than QB11 when playing an entire season. Now in a new offense with head coach Nathaniel Hackett, it looks like Russ may finally cook for an entire season.

Wilson also possesses the ability to gain yards on the ground. Throughout his career, the dual-threat has never had less than 259 yards rushing in a full season and is always a threat to break out for a long run.

With a brand new offense and coach that wants to unleash Wilson’s talent, the overall QB1 is easily in his range of outcomes. Plus, with a price tag 50 picks lower than Allen, it’s an easy pick for me.

Wilson is QB8 on The Wolf’s 2022 Fantasy Rankings.

Over the last three seasons, Dak Prescott has been one of the most valuable quarterbacks in fantasy. In 2019, Prescott finished QB2, and through five games in 2020, Prescott was on a historic pace before fracturing his ankle. Through the 2021 season, Prescott had some incredible highs and lows, finishing with 25 or more fantasy points in six games, but also finished with fewer than 10 points twice.

The passing offense will have a new look without Amari Cooper and Cedrick Wilson this season. Yet, it’s still loaded with the likes of Ceedee Lamb, Dalton Schultz, Ezekiel Elliott, Tony Pollard, and high ceiling receivers to provide production.

The Cowboys are currently the 8th-ranked offensive line on PFF which has been one of Dallas’ strong suits throughout Prescott’s career.

Now two years removed from his horrific ankle injury, Mike McCarthy wants to get Prescott more involved in the ground game. Over his first three seasons in the NFL, Prescott finished with three straight seasons of six rushing touchdowns. The 29-year-old was lethal at the goal line and if given the chance again will drastically increase his fantasy ceiling.

If Prescott’s weapons can stay healthy and one of Jalen Tolbert or Michael Gallup step up to be the WR2, the ceiling is the roof for this offense. Prescott will is one of the easiest picks at his ADP and has the ability to make a big contribution to your fantasy rosters.

Prescott checks in at QB10 on our rankings.