Tua Tagovailoa’s 2022 Fantasy Outlook is Buzzing in a New Offensive System, with an Electric Set of Weapons 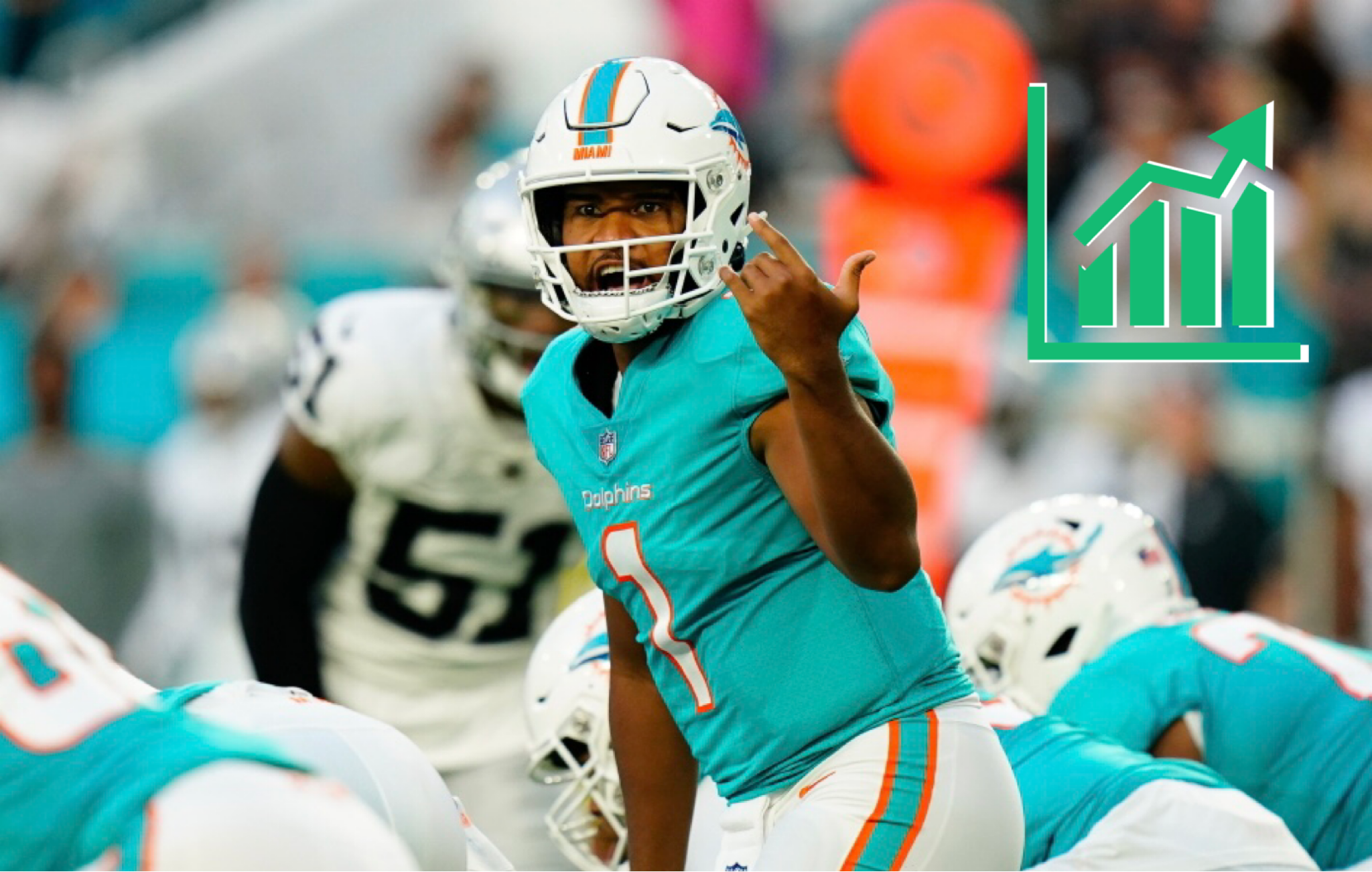 It’s a make-or-break year for Tua.

Tua Tagovailoa has been a polarizing prospect since entering the NFL in 2020. The first-round pick spent much of his first season recovering from a major hip dislocation and a fractured acetabular posterior wall while backing up the great Ryan Fitzpatrick.

Now entering his third season, Tagovailoa has shown some promise but hasn’t put it all together. But, now with a loaded weapons cabinet and a new coaching staff, it’s a make-or-break year for Tua to prove he’s the Dolphins’ franchise quarterback.

Following a solid camp, Tagovailoa put together a strong performance in his first preseason game, completing 6 of 8 passes for 57 yards. Let’s take a look at Tagovailoa’s 2022 fantasy outlook.

The Dolphins went all-in on its offense this offseason. Over the summer they brought in Chase Edmonds, Raheem Mostert, Sony Michel, Tyreek Hill, Cedrick Wilson, and rookie Erik Ezukanma for skill position players, and signed a top-five left tackle in Terron Armstead to bolster a bottom-third offensive line. Along with the added weapons, the offense also returns TE Mike Gesecki and stud receiver Jaylen Waddle for familiarity.

The addition of Hill will help Tagovailoa and the rest of the offense significantly. Hill has the ability to break the top off of any defense in the NFL. Hill finished last season with 26 deep ball targets, and ranked third in air yards. Hill likely won’t see as many deep balls as he did in Kansas City, but his generational speed will elevate Tagovailoa’s ceiling and open up the short and intermediate field for the other weapons.

Tagovailoa has been criticized for his deep ball throughout his NFL career, ranking 30th in air yards last season. However, when given the chance to throw deep, Tagovailoa had the highest adjusted completion rate on deep passes (20+ yards) at 55.2%.

During his rookie season, Tagovailoa was still recovering from a major surgery that left him without much of his explosiveness. Last season, he was in an offense that attempted just seven throws of 35 or more air yards with Tua behind center. Much of this was due to the lack of perimeter talent and the horrendous offensive line he was working behind.

Tagovailoa has the traits to be a top quarterback in the league, but it hasn’t translated to fantasy points. The Dolphins offense will utilize play action and RPO to get the receivers open quickly to fit Tagovailoa’s skill-set.

With little rushing upside and a reliance on his playmakers, Tagovailoa doesn’t look like he has the ability to finish as a fantasy QB1 this coming season. He’s a great pickup in superflex leagues and worth a stab over at Underdog Fantasy (use promo code RSJ or click the link for a 100% first deposit match up to $100) in their best ball drafts.

Tagovailoa checks in just outside QB1 territory at QB16 in The Wolf’s 2022 Fantasy Rankings.