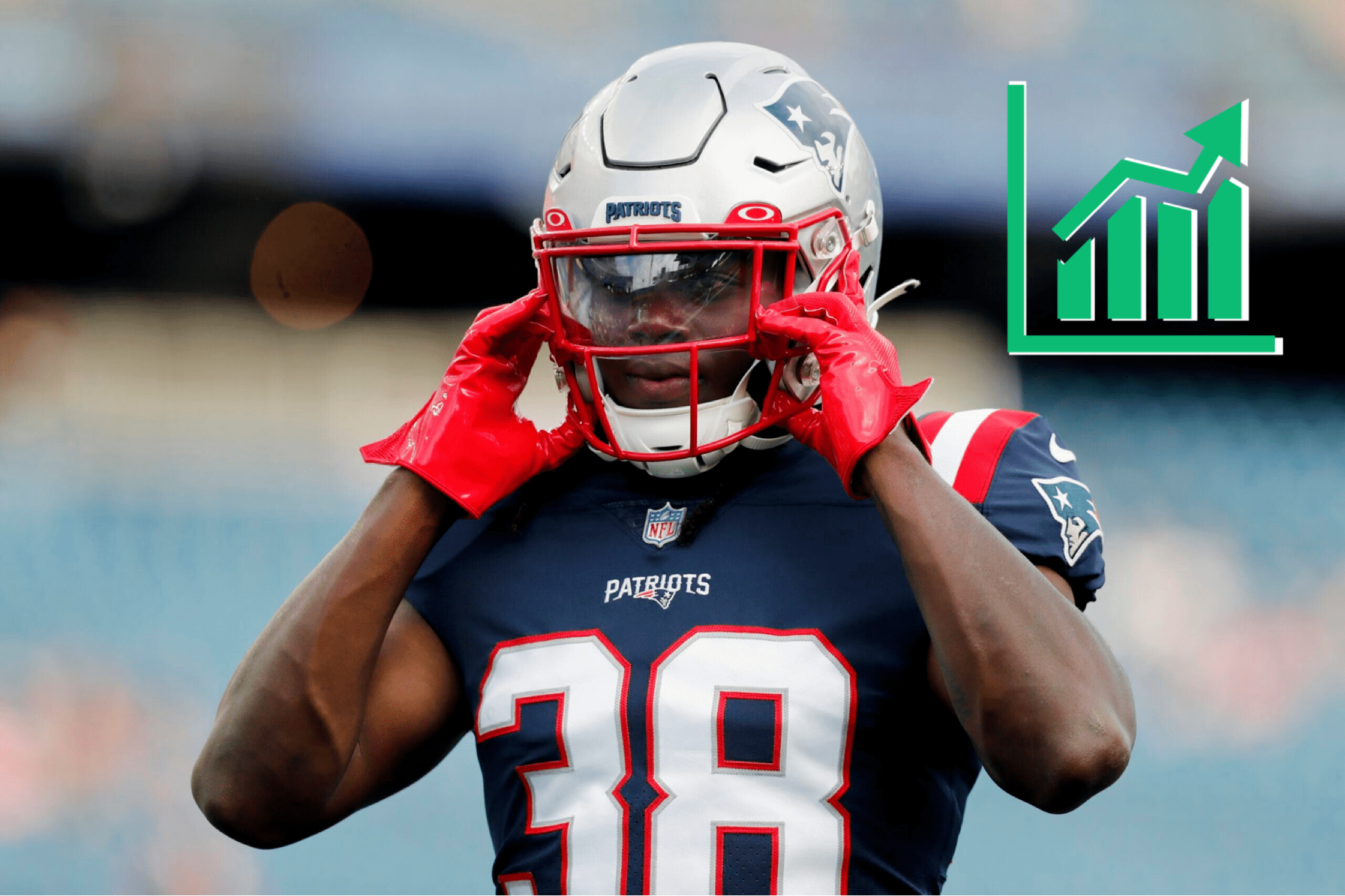 The next great Patriots' pass-catcher?

New England Patriots running backs have long left a sour taste in fantasy mouths thanks to the very uninspiring committee approach that Bill Belichick has deployed throughout his legendary tenure.

That did not change in 2021 during rookie Mac Jones’ first season as a three-headed approach of Damien Harris, Rhamondre Stevenson, and Brandon Bolden was used in a run-heavy offense. Harris led all backs with 202 touches while punching in 15 scores, while Bolden led the way reception and target-wise with 41 catches on 49 targets.

Stevenson eventually exited Belichick’s dog house and found a nice middle ground spelling Harris at times while catching 14 balls out of the backfield. That’s nothing to get excited over, but over the last seven games of the season, Stevenson edged Harris 93 touches to 86 touches and his role expects to expand with Bolden heading to Las Vegas and James White retiring due to a nasty hip injury.

On top of all of that, rumors have been floating around that the Patriots are actively shopping Harris around the league. All these signs point to Stevenson having a monster 2022 as a true three-down back.

From the looks of it, Stevenson will get the first shot to take over the historically great Patriots’ third-down role — and we know that won’t be stone hands, Harris. While he didn’t make noise as a rookie pass-catcher, but it’s something he’s been working on during the offseason.

“I feel a lot more comfortable and confident running routes and catching passes out of the backfield,” said Stevenson.

Assuming he stays with the team, Harris should once again handle the bulk of early-down carries while being the primary goal-line back. It’s very unlikely Harris hits 15 touchdowns again this year, likely giving way some of those to Stevenson. The team also brought in journeyman Ty Montgomery, while also drafting Pierre Strong and Kevin Harris to add to the running back room. Montgomery could carve out a pass-catching role, but I’d bet on Stevenson’s talent to shine through and make more of an impact.

Thus far, Stevenson’s camp has been pretty positive, especially garnering positive reviews from his head coach. Belichick acknowledged Stevenson’s overall “pass-game skills,” which could be a hint about the second-year back’s future role, but more recent comments from Belichick have suggested that Harris and Stevenson can both be used on third downs interchangeably.

The sky appears to be the limit for Stevenson this year in PPR/half-PPR leagues if he can lock down the third-down role.

Underdog Fantasy best ball drafters are currently taking Stevenson RB28 and 87 overall, supplanting Harris who sits at RB33 and 99 overall. The Wolf slightly gives the nod to Stevenson (RB26 vs RB27) on his 2022 Fantasy Football Rankings.

Which Patriots running back are you targeting? Download the Underdog Fantasy app, use promo code RSJ or click the link, get a 100% first deposit match up to $100, and dominate their season-long best ball tournaments before it all kicks off in a few weeks.