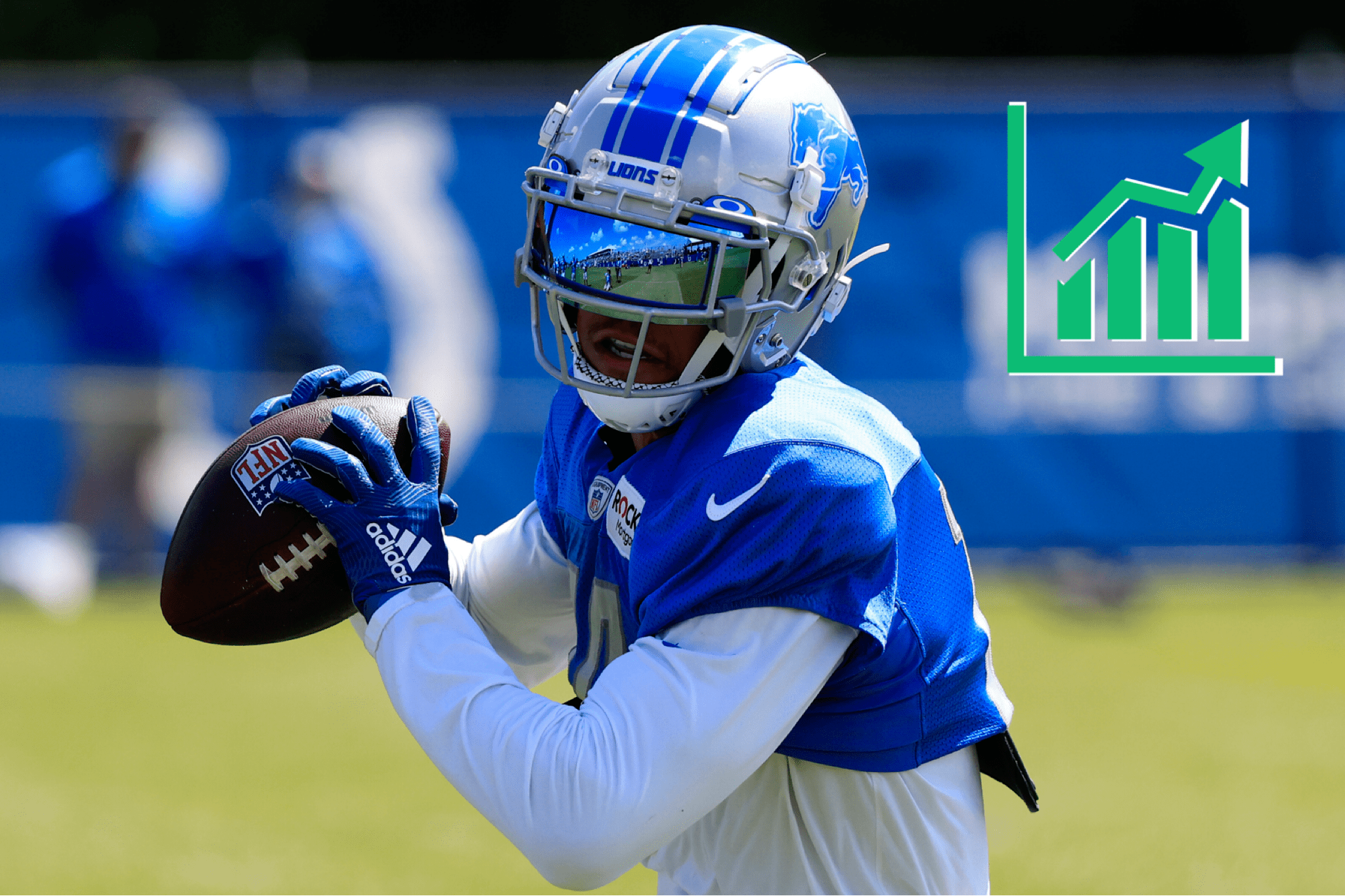 The Sun God is about to burst into flames and scorch opposing defenses.

Deep in Egyptian lore and theology lies the tales of Ra the “sun god.” Ra is known as the creator of life. Egyptian lore states that the earliest inhabitants of Egypt saw the Nile run north to south in a path that bisected the rise and fall of the sun.

It’s reasonable to ascertain how this creates the belief that Ra creates life, as the backbone of Egyptian life rides with the currents of the Nile.

In a similar fashion, Amon-Ra St. Brown affectionately shares the nickname of Ra.

St. Brown’s ability to exploit the soft spot in opposing defenses and create opportunities is highly coveted. He is a vital piece in what appears to be a rapidly ascending Lions offense and he has the makings to be the next breakout fantasy star.

Not everyone is buying into St. Brown after he lit the fantasy world on fire and handed anyone who rostered him a fantasy title.

Field Yates pointed out that St. Brown is the only rookie in NFL history with at least five receptions in eight straight games.

That’s certainly widening eyes and turning heads. Is the hype around St. Brown real? Or is the gripe about his fantasy finish being a product of circumstance going to win the day?

During Weeks 13-18, the sun god burst into flames and scorched opposing defenses, and incinerated anyone who played against him in fantasy.

He was seeing 11.2 targets per game and turned that opportunity into a 17-game pace of 1,587 receiving yards and 14 TDs on 144 receptions. In other words, that was a 428 fantasy point pace, which would have finished 11 fantasy points behind Kupp.

Nobody thinks St. Brown is going to see 11 targets per game or that he will average nearly 100 yards and a touchdown per game, but it was more than just a two-game sample size.

The team was without star running back D’Andre Swift for four of those games and was without tight end T.J. Hockenson for the final five games of the year. With the team adding highly touted rookie Jameson Williams and DJ Chark, and a healthy Swift and Hockenson, the pie is expected to be smaller for St. Brown.

St. Brown was highly efficient with his targets last year. St. Brown produced 1.74 yards per route run and commanded a 23% target rate when running a route. In other words, Goff and the rest of the starting quarterbacks frequently looked St. Brown’s way when he was on the field.

St. Brown saw a nearly 23% market share of the team’s total air yards and targets last season, including a staggering 33% target share during his end-of-the-year campaign.

He recorded an impressive 1.54 receiving yards per team pass attempt (YPTPA), which ranked just behind DeVonta Smith’s 1.67 YPTPA in 2021.

When looking at wide receivers who scored a minimum of 17.5 FPG during the final six weeks of their rookie seasons, St. Brown ranks just behind Odell Beckham Jr., and Randy Moss and ranks just ahead of A.J. Brown and Michael Thomas.

The Wolf of Roto Street agrees with me that St. Brown was a buy to end the year and remains a strong buy to this day.

St. Brown ranked in the top-20 vs man coverage as a rookie and displays the work ethic coaches like head coach Dan Campbell so highly covet.

Lions quarterback Jared Goff said, “I’m looking for him when we need a play.”