George Pickens 2022 Fantasy Outlook: Board the Hype Train Before It’s Too Late 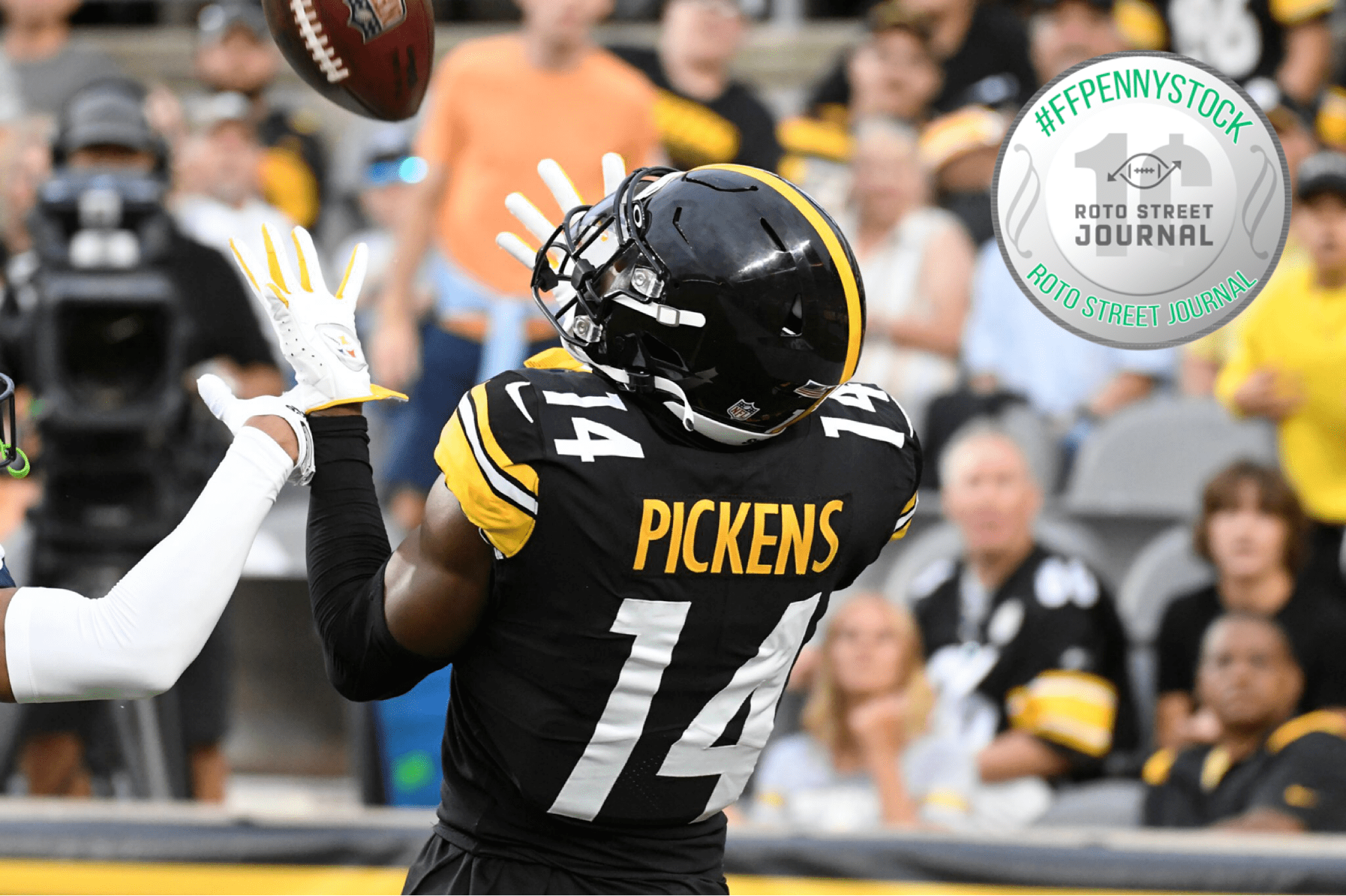 Could George Pickens be the steal of the draft?

George Pickens has been a lightning rod among fantasy circles since he strapped on the pads for Steelers training camp. After shining at camp, the second-round rookie put on a show in Saturday’s preseason game against the Seahawks, finishing with three catches for 43 yards, an amazing toe-tap touchdown, and a devastating pancake block. Pickens was on the field for the team’s first 16 snaps and has been running with the ones.

With all this early preseason hype, how will Pickens perform this season? Let’s take a look.

Pickens arrived at Georgia as a consensus five-star recruit and the fourth-best high school receiver in the country — just two spots behind Jets rookie wideout Garrett Wilson in the 2019 class.

The stud receiver had a true freshman year breakout, leading the team in all major receiving categories. In an offense that has never been wide receiver friendly, Pickens was a true alpha for the Bulldogs when he was on the field. As a freshman, Pickens caught 49 passes for 727 yards and eight touchdowns and was voted to the Coaches’ Freshman All-SEC Team.

Following his freshman season at Georgia, Pickens dealt with a COVID-shortened sophomore season where he secured only 36 receptions for six touchdowns in eight games. Then, he tore his ACL prior to the start of his junior season. He recovered in time to play four games at the end of the season but was too rusty to make a significant impact.

Pickens was never able to replicate his breakout freshman year and he slipped to the second round of the NFL Draft due to some red flags that many scouts caught during the interview process.

Since 2009, the Steelers have drafted five wide receivers who have finished as a WR1 in PPR formats. With the concerns of Pickens’ lack of production as a former five-star and potential off-the-field issues, Pickens fell to the Steelers and is in a great position to develop and produce for Mike Tomlin and ultimately be the next great Steelers WR1.

“He’s got talent, but there’s a difference between talent and skill,” Tomlin said, “And that’s what we’re trying to educate him and others regarding. God gives them the talent; we develop the skill in settings like this relative to the positions that they play.”

The Steelers have a strong receiving core with Diontae Johnson, Chase Claypool, Pat Freiermuth, Najee Harris, and the additions of Pickens and Calvin Austin. Pickens will have to continue to earn his spot with the ones and impress with his play on the field.

“Not that it’s a surprise just cause he’s a rookie, but George Pickens, definitely George stood out the type of catches he’s made, his ability to separate and go up and catch the football and then Calvin Austin,” Trubisky said. “So our two young guys, two great picks and they’re both gonna be great players. So we just gotta get those guys the ball in their hands and let them do special things with it, cause they’re gonna be great players in this league.”

With one strong performance under his belt, Pickens will continue to rise up fantasy boards with continued preseason success. Currently going for free with an ADP of 140.5 on Underdog Fantasy (click for 100% first deposit bonus), Pickens is worth a shot in your best ball drafts at his current price and as a late-round pick in redraft formats before his stock continues to rise.

Pickens sits at WR65 on The Wolf’s Big Board.