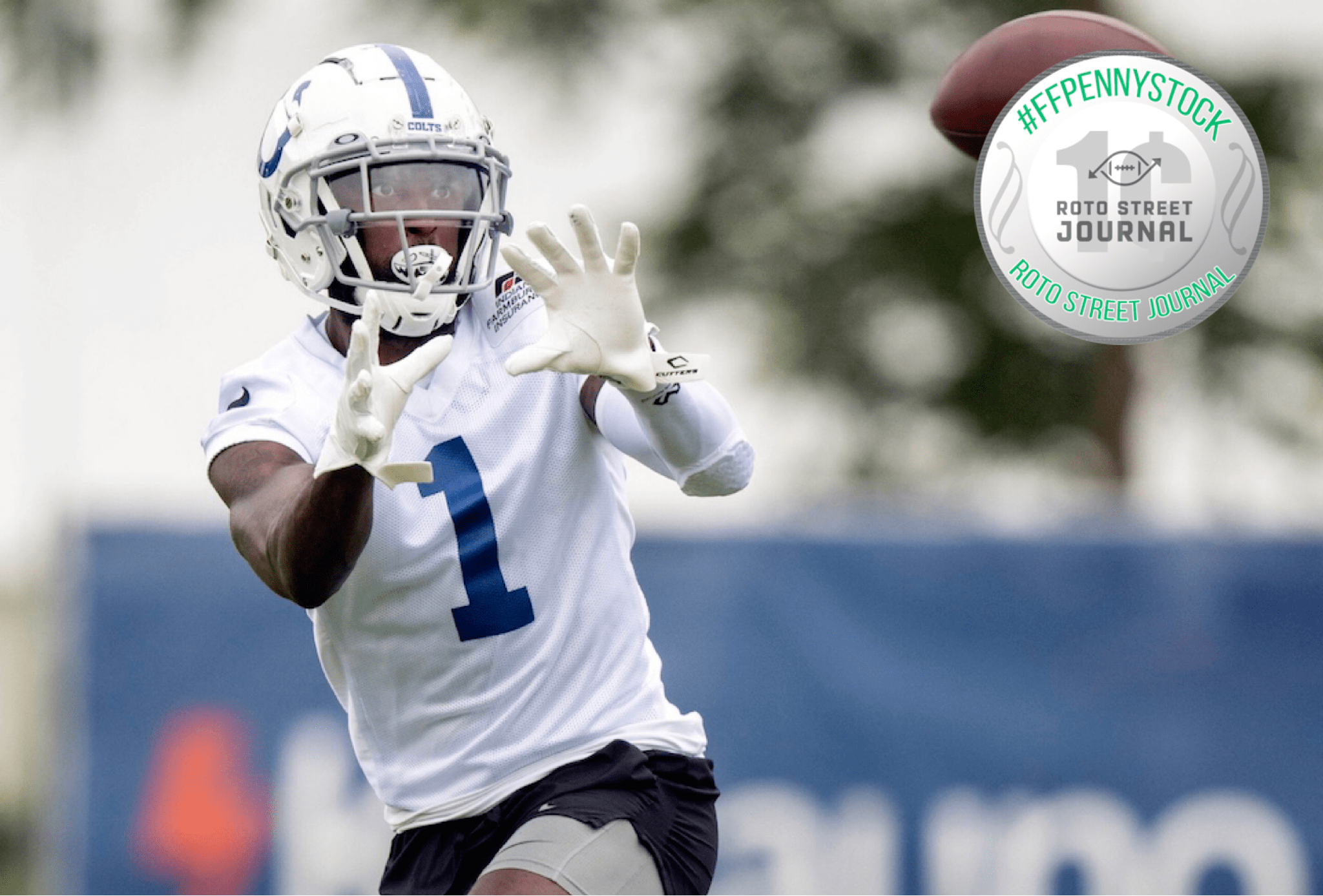 If Parris Campbell can stay healthy, he could be a steal in fantasy.

Parris Campbell was one of the most electric playmakers in the 2019 NFL Draft. Yet, after appearing in only 15 games and corralling in 34 of 53 targets during his first three seasons, it would be easy to write Campbell off as a bust as he enters the final year of his rookie deal.

As the great Lee Corso once said, “not so fast, my friend.”

Campbell is finally healthy after suffering a “significant” foot injury in Week 6 and gets a veteran quarterback in Matt Ryan who likes to rely on his underneath routes more often than not. Realistically, the combination is a match made in football heaven.

Campbell, who found pay-dirt 12 times and registered over 1,000 scrimmage yards during his final year in Columbus, has the ability to take it to the house whenever his name is called due to his 4.33 40-yard dash. He flourished at Ohio State on underneath routes and jet sweeps, and he can even make plays downfield on the perimeter.

If healthy, Campbell’s slippery set of attributes mesh perfectly with the Colts’ receiver depth chart. They have the do-it-all WR1 in Michael Pittman, the vertical threat in rookie Alec Pierce, and two athletic tight ends in Mo Alie-Cox and Jelani Woods.

“That’s what we’ve been looking for, we’ve been waiting for him to get healthy as he is. This is his year for him to kind of show out, we’re ready for that. He’s been looking great, he’s had a great offseason,” Colts OC Marcus Brady said of Campbell. “He’s had a great few days here. I think he’s made some nice catches, run some great routes. You can feel his speed out on the field. So, we’re excited about that and just continue to take it day-by-day.”

Campbell will fight for the 106 available targets from last season’s departures, but as mentioned, his skill-set aligns with what Ryan wants to do with the football.

CAN HE STAY HEALTHY?

Of course, we aren’t fortune tellers and we don’t know the answer to this question. If we did, we’d be fantasy savants and millionaires. But, by all accounts, Campbell is an extremely hard worker who has battled to return from his unlucky injuries. He also hears the outside noise from fans and the media.

“From the outside looking in, people say, ‘Oh, he can’t stay healthy,’” Campbell said in May. “Excuse my language, but to hell with that. I know who I am at the end of the day, I know what type of player I am. I know why I was drafted here, and the staff, they know. They know I’ve been through a lot, but they know the type of player I am as well. So, just when it all comes together, people on the outside stay on the outside.”

Since entering the league, Campbell has suffered seven injuries that have cost him time — highlighted by two separate right foot injuries. Draft Sharks Injury Guide has given Campbell a 33% chance of injury this season.

“He’s got speed, he’s strong with the ball; every time he touches it, he’s a breakaway threat,” Frank Reich said Saturday night. “He got that legit speed.”

If healthy, Campbell is thievery at his current WR77 (177 overall) Underdog Fantasy Best Ball ADP. Keep an eye on The Wolf’s updated 2022 Fantasy Football Rankings to see where Campbell lands as his camp hype continues to grow.

Want to take advantage of Campbell’s dangerously low best ball ADP? Hit the link or use promo code RSJ at Underdog Fantasy to get FREE MONEY by way of a 100% first deposit bonus up to $100. Enter Underdog’s season-long best ball tournaments — such as Best Ball Mania III for a chance to win $10M in prizes. After you draft, there is no league or roster management aspect. No waivers, trades, or confusing lineup settings.