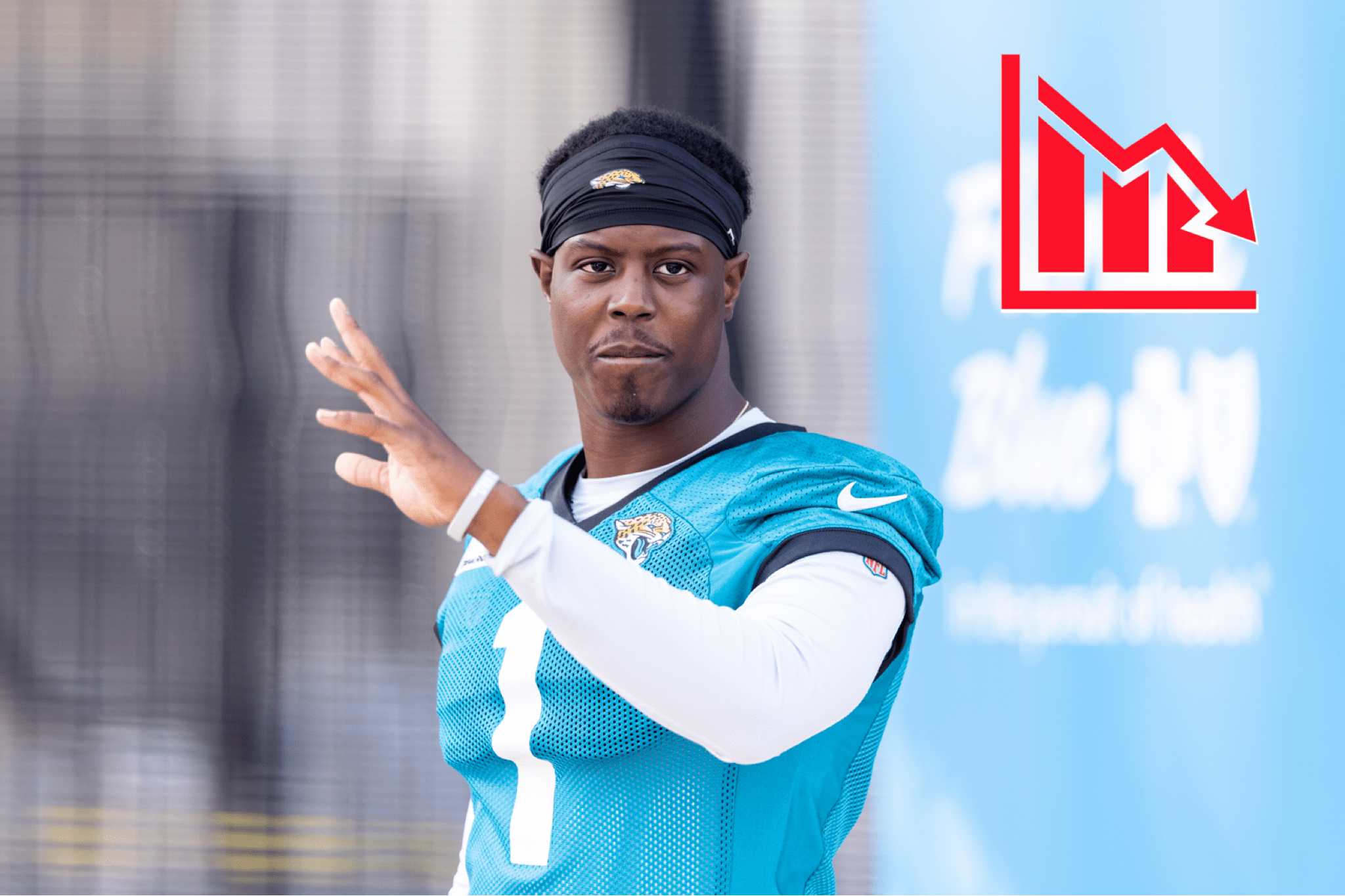 We're likely in for a year-long committee in Jacksonville.

7/31 update: Travis Etienne has been the “star of camp” thus far with the Jaguars moving him around the formation to utilize his electric skill-set. Jags’ beat reporter John Shipley noted two occasions where Etienne was lined up in the backfield in a two-back set, suggesting when James Robinson returns in a few weeks, there will be instances when the two will share the backfield together. Trevor Lawrence also added that the second-year back is in even better shape than he was during his final season at Clemson. Etienne’s 2022 fantasy outlook is ascending after the initial July 25 Robinson news.

Travis Etienne entered the 2022 fantasy offseason as a “winner” and a likely early-season workhorse for an ascending Jaguars offense due to James Robinson’s late-season Achilles tear. But, similar to Cam Akers’ Achilles recovery, Robinson is also ahead of schedule. Doug Pederson detailed the team’s PUP list ahead of training camp and Robinson’s name was surprisingly left off the list, meaning he’ll be able to participate in some lighter drills right away.

“James is doing extremely well. He’s going to be out here and over here,” Pederson said during his Monday press conference. “We’re just going to still take it slow with him and make sure he’s 100 percent — or better — before we put him out on the field.”

This news does not only hurt Etienne’s 2022 fantasy outlook, and those who drafted him in the third round of Underdog Fantasy best ball tournaments, but it also means Robinson should be ready to take over the early down work right away, giving a massive boost to his current ADP.

These two backs have opposing skill sets that complement each other perfectly in real-life football. However, Etienne best ball managers thought they would get at least six weeks of Etienne RB1 SZN before splitting duty with the always consistent J-Rob. Etienne was going off the board at RB16 (34.5 overall), while drafters were taking Robinson at RB55 (176.2 overall) in best ball tournaments.

Etienne, who is coming off a season-ending injury himself, was able to redshirt during the Urban Meyer debacle after suffering a Lisfranc injury. Etienne is one of the most electric running backs in college football history and views himself in a Deebo Samuel-type role as both a running back and pass-catcher — a similar role he had at Clemson when he carried the ball 168 times and secured 48 receptions during his final season.

“If I’m in those positions throughout the game and we get good matchups, we’ll be able to exploit them,” Etienne said. “So it’s just me being able to do more and being valuable. Football is all about matchups so I mean if I could be like Deebo Samuel, I would love that. Honestly, the game is a game of productivity. If you can produce, the team is always going to have a need for you. It’s just trying to be the best player I can be so I can be on the field at all times.”

Jaguars’ OC Press Taylor echoed Etienne’s ability to create mismatches and realizes he’s a Swiss Army Knife with game-breaking speed. It appears that the new regime has a similar view of Etienne as the former regime who took him in the back-end of the first round.

“The speed’s real,” Taylor said. “I mean that was obviously something everybody knew coming out of college not having a chance to see a lot of the stuff he was able to do last year because he wasn’t able to play, so the speed’s very real.

“He did a good job of just showing understanding of the different roles we’re trying to see,” Taylor continued. “We’re throwing him in all different positions just to see what he’s comfortable with, what he needs to work on as we move forward, give him plans moving further into summer coming back for training camp. But he’s been really receptive to everything. He’s shown an ability to grasp a lot of different things and show that he’s capable of doing things.”

Although Etienne was a workhorse at Clemson (686 rush attempts), no one really thought he would be an every-down workhorse in the NFL. So, while he had a third-round ADP and The Wolf ranked him RB20, both the ADP and the ranking were inflated due to the thought that Robinson would miss a significant chunk of time.

Prior to the news, The Wolf projected Etienne for 758 rushing yards on 185 carries, while Robinson would see 139 carries and rush for 580 yards.

Now with Robinson likely ready for Week 1 (barring any setbacks), J-Rob will most likely see early down and short yardage work, while Etienne could be used all over the formation and especially on third down.

Just to throw some water on Robinson’s rapid recovery, Akers did not look like himself when he returned from his own Achilles injury. Even though Akers and Robinson beat their respective timetables, there has yet to be a running back to return to pre-injury form following an Achilles injury.

In the five games Akers played after returning from injury, he ran for 175 yards and no touchdowns on 75 carries.

All-in-all, this will be a situation to monitor throughout training camp and it could have massive early-round implications if Robinson looks like his old self.

Expect The Wolf to update his 2022 Fantasy Rankings accordingly within the next day or so.

Do you want to buy the expected Etienne dip or get in early on Robinson’s ADP? Download the Underdog Fantasy app, use promo code RSJ or click the link, get a 100% first deposit match up to $100, and dominate season-long best ball tournaments.