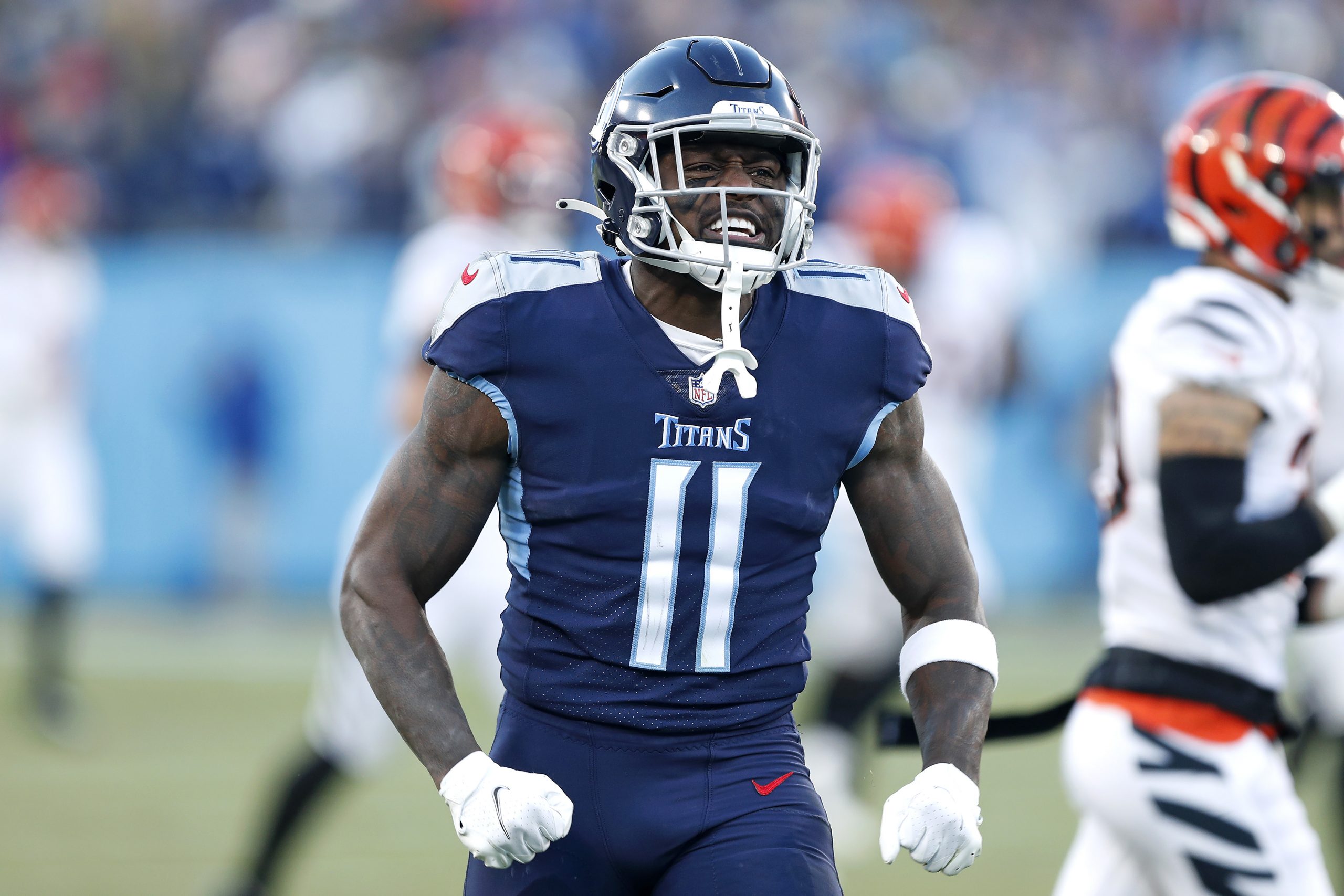 The Titans really traded their star receiver to the Eagles.

Most scoffed at the idea of the Titans trading stud receiver AJ Brown — including his head coach, Mike Vrabel.  But after the Titans low-balled Brown on a contract and were offered first and third-round picks for the receiver, the team shipped Brown to the Eagles.

The Titans then used the Eagles’ first founder to snag Arkansas WR Treylon Burks, a player whose ceiling is actually AJ Brown. Tennessee chose to roll with the unknown commodity over the known commodity and it could come back to bite them.

From a fantasy perspective, Brown will battle Devonta Smith for the WR1 role in the run-heavy Eagles offense. Surprisingly, the Eagles edged the run-obsessed Titans and led the league in rushing play percentage (49.87%) last year, which was a massive leap from 37.80% in 2020.

On the bright side, Jalen Hurts upped his play last season and bumped his completion percentage to over 60%. But, unlike with the Titans where Brown has been the team’s clear WR1, Hurts also has Smith and Dallas Goedert high atop his target totem pole. Smith saw 104 targets as a rookie, while Goedert saw 76 targets last season.

It shouldn’t surprise anyone if Smith led the team in targets over Brown, but Brown should lead the team in receiving yards and touchdowns.

Hurts will get a fantasy boost with the addition of the physical receiver to complement a finesse receiving core. Brown can go up and make contested catches while also making plays after the catch — which is something the Eagles have lacked since Alshon Jeffery. Hurts finished as the QB9 last year and now has top-five upside entering his third season.

Will Nick Sirianni take the training wheels off Hurts in year three? Or did they add a $100 million receiver to block on the perimeter for half of the team’s plays next season?

Only time will tell.

As noted, the Titans landed Treylon Burks with their newly acquired first-round pick.

While Burks is a do-it-all 6’2” 225 lb boar-hunting beast, he was the focal point of a mediocre offense at Arkansas and was All-SEC First Team in 2021. Burks ranked first in yards per route run (6.08) while lined up outside and lined up in the slot 77% of time time. Although Burks didn’t test well at the combine, he has game speed and is dangerous after the catch. He averaged 16.3 yards per reception and found the end zone 11 times on only 66 receptions last season.

With Brown and Julio Jones no longer in Tennessee, Robert Woods (barring health) should lead the team in targets. Woods tore his ACL in early November, but the 30-year-old should return to form for a Titans team that is lacking a veteran perimeter presence.

Burks, an AJB clone, should also see a high number of targets and will be the de-facto WR2 with “competition” from Nick Westbook-Ikhine, newly acquired Austin Hooper, rookie Kyle Phillips, and a couple of no-name receivers.

As usual, the Titans will rely on its run game, led by Derrick Henry. Rookie Hassan Haskins could also make some noise catching the ball out of the backfield.

Keep an eye on The Wolf’s 2022 Fantasy Football Rankings & Big Board to see where Brown, his new Eagles teammates, and his former teammates land on the post-draft update.