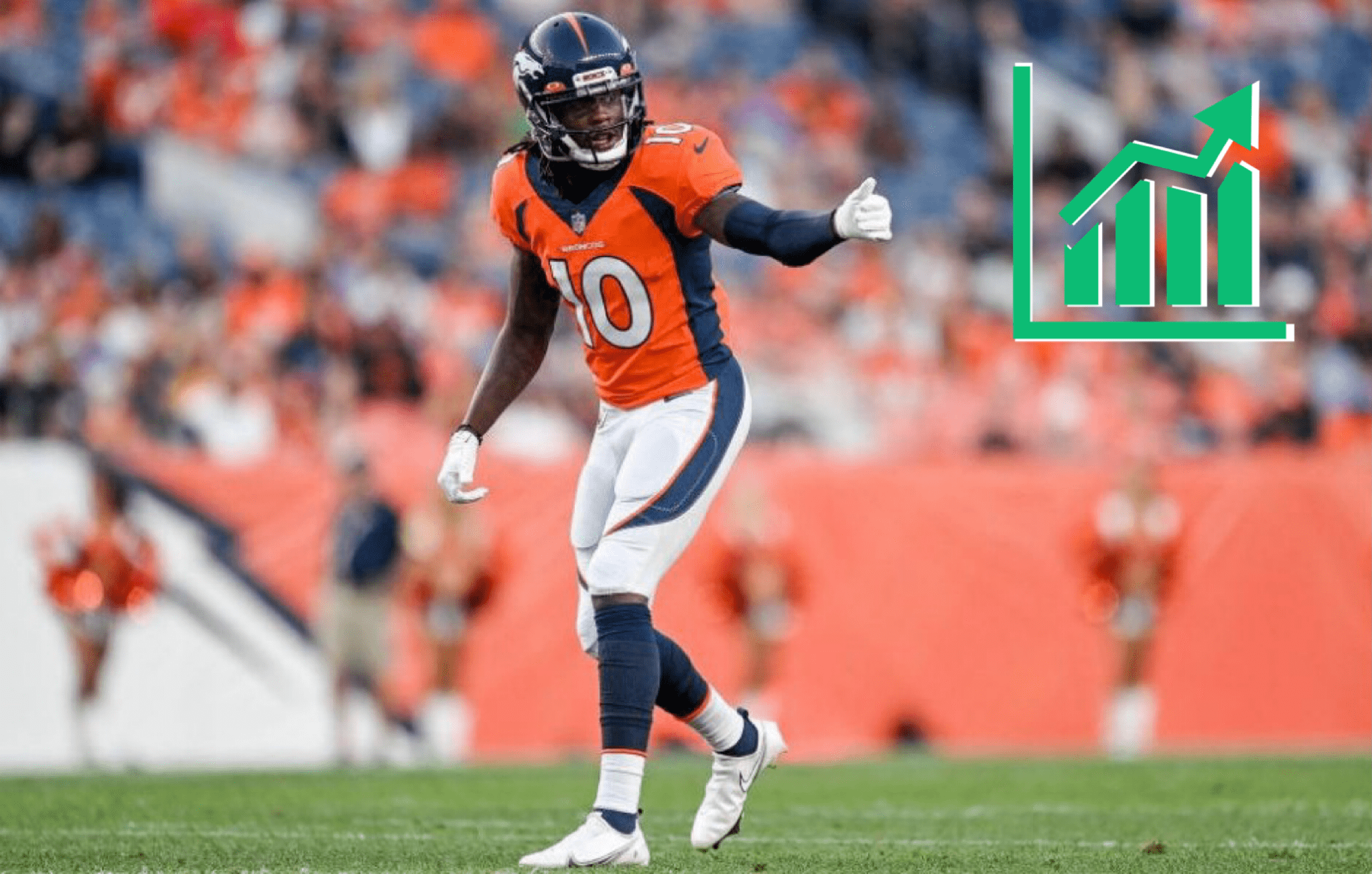 Oh, sorry, I didn’t see you there. Ever since Russell Wilson was traded to the Denver Broncos, I have had that popular Beatles ditty stuck in my head on loop.

Okay, you caught me, that’s a bit of an exaggeration… but only slightly. Oh, and warning, don’t let the song go long enough to play the melody or you’ll have the worst earworm imaginable.

Wilson is not the only new face in a franchise with suddenly mile-high expectations. New HC Nathaniel Hackett has spent the last few years learning under Matt LaFleur. Hackett brings in some valuable play-calling experience from his days with the Jaguars, but also some valuable franchise running experience. I mean, handling Aaron Rodgers is about as easy as solving multi-variable equations while counting on your fingers and toes.

HACKETT AND RUSS COOKING UP SOME CHEMISTRY?

Hackett has clearly seen the difference between when Wilson is cut loose in an offense and when he is bound by Pete Carroll’s stubborn football philosophies. In some of his media appearances, Hackett has made the kind of statements Wilson almost never heard in Seattle.

“Once we get to know (Wilson), understand him, we’ll build it around him,” Hackett told Denver reporters. “So what is it going to be? It’s going to be what Russell likes to do.”

So what does Wilson like to do? Well, he likes to do what all NFL franchise quarterbacks and fantasy players like their quarterbacks to do… throw touchdowns.

In his previous four seasons, not counting this injury-riddled disaster, Wilson has thrown at least 31 touchdowns — highlighted by 40 in 2020. Since 2017, Wilson hasn’t had a single season with a touchdown rate under 6%. All the while, from 2017 to 2020, Wilson only threw the ball more than 500 times two times.

Recently on Twitter, Wilson shared a video of him getting work in with Jerry Jeudy.

Jeudy, the disappointing first-round pick, has… well you guessed it… disappointed his first two years in the league. How much of that is really his fault though?

He is far from blameless, don’t get me wrong. A little over a season and a half of football with only three touchdowns is unacceptable. In fact, it seems nearly impossible.

However, when you look just a little bit deeper, it really isn’t all that surprising.

Last season, Jeudy ranked as the top dog in the NFL in terms of target separation. Jeudy was 2.45 yards away from a defender on average when a pass arrived. This is not surprising, given Jeudy’s exceptional route running, which was his calling card coming out of college.

You see Jeudy winning against defenders in a multitude of ways going into last season. However, in 2020 Jeudy ranked 106th in the league in catchable pass rate, with less than 63% of his passes being deemed catchable.

In 2021, Jeudy ranked 74th in target quality rating due to his abysmal quarterback play.

Teddy Bridgewater started most of the season for the Broncos last season, and while typically a very accurate quarterback, Bridgewater’s aerial tool belt is usually lacking. For instance, despite cooking defenders routinely on his routes, Jeudy only saw an average depth of target of 10.5 and only six deep targets all season.

Perhaps a more accurate quarterback with a better arm and a propensity for pushing the ball downfield would be exactly what Jeudy needs to break out, right? Well, Wilson lead the league last year in air yards per pass attempt with 10.1 and ranked 5th in deep passes.

MARRYING THE TWO TOGETHER

For Wilson, especially last season, efficiency was his major problem. Now some of that could have been caused by the finger injury Wilson sustained on his throwing hand. Regardless, Wilson ranked 22nd in deep-ball completion percentage and 26th in true completion percentage.

Wilson’s wide receivers ranked 72nd in the league in average target separation. Wilson’s dip in efficiency can likely be attributed to a finger injury affecting his feel and touch, and his receivers not being able to separate.

Let’s not be hasty and jump to conclusions. The NFL Draft has yet to happen. Freshly extended receivers Courtland Sutton and Tim Patrick are still on the team, so they’re still going to see plenty of work.

Injury risk aside, Jeudy’s ceiling is still capped by the number of mouths to feed. With the addition of Hackett and Wilson, this is clearly an investment in the Broncos’ aerial attack and a strong indicator of heavier pass scripts in the future. Between Jeudy, Sutton, and Patrick, any team trying to line up and stop this passing attack has their work cut out for them.

Jeudy’s talent and elite ability to separate on his routes should reasonably grant him a 20% to 22% target share of what could be a delicious aerial pie.