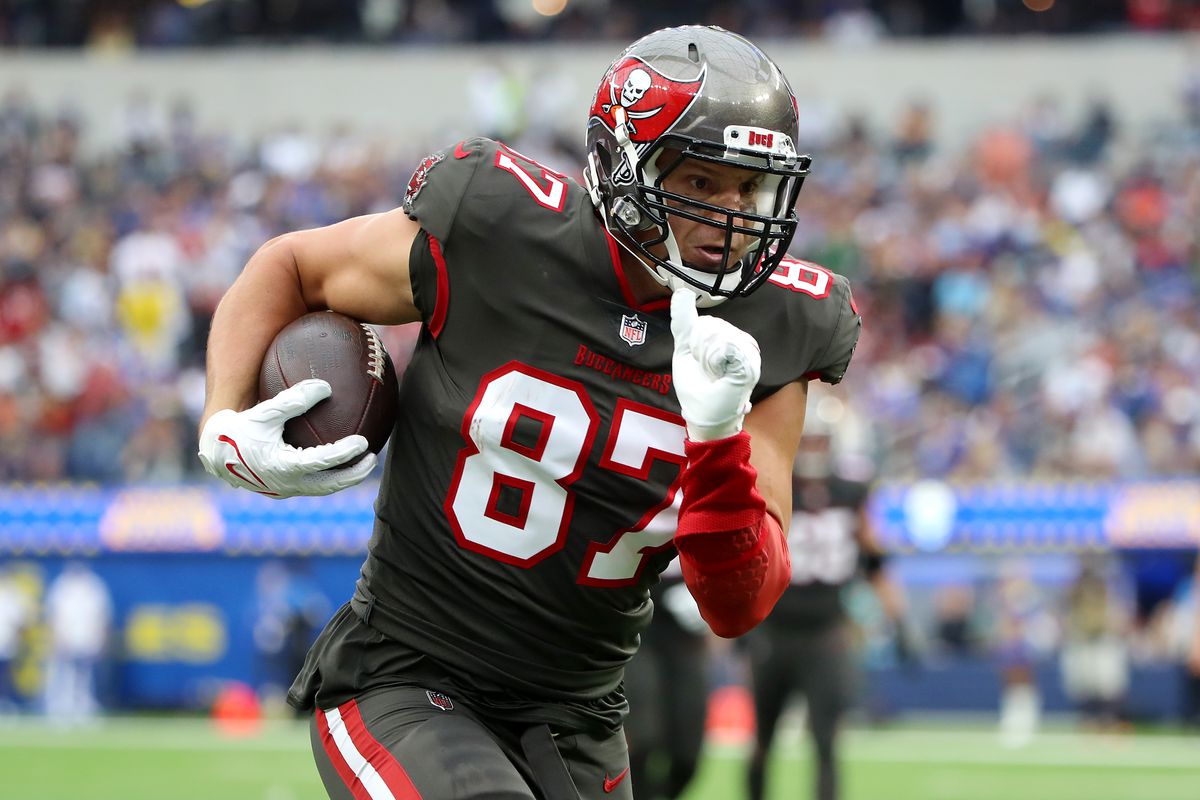 Rob Gronkowski has 1 million reasons to blow up today.

Welcome to our PrizePicks fantasy props picks! If you’ve never played, PrizePicks allows users to pick and combine between two to five players to win up to 10x on any entry. PrizePicks designates a player prop or fantasy point total on select players and users need to choose whether that player will go over or under that total. Although the user can combine picks from a variety of sports, this article focuses on the NFL Week 18 Saturday slate.

Since we partnered with PrizePicks on December 16, I’ve cashed 16 of 30 entries — highlighted by a brutal beat with Gardner Minshew coming up four yards short on Saturday night against the Cowboys. Be sure to follow us on Instagram for additional posted plays on our Instagram Story throughout Sunday.

This line is criminal for Gabriel Davis — especially with Emmanuel Sanders (likely) out of the lineup. Davis has exceeded this number in five of his last seven games and gets a Jets secondary that ranks 31st in pass DVOA and gets torched on a weekly basis. Realistically, Gabe only needs two’ish receptions to hit this mark.

Michael Carter was putting up numbers and cashed his total in the first quarter last week against a tough Buccaneers defense before exiting the game with a concussion. Carter is back and should hit this with ease against a Bills defense that ranks 15th in rush DVOA and has been susceptible on the ground recently. Carter has surpassed this number in 10 of his 13 games this season.

It’s #IncentiveSZN today and expect TB12 to feed his boy. Rob Gronkowski is in line to make $500,000 if he gets seven receptions and will add another $500,000 if he goes over 85 yards receiving. That’s an extra $1 million for those who are bad at math. With AB off the reservation and really only Mike Evans and Gronk available, Brady should pepper his big best friend early and often.

Tyler Huntley fell back to earth last week, but we don’t care about that. We care about his rushing upside here and he’s hit the over here in all four starts this season. Huntley has games of 54, 73, 45, and 40 yards on the ground and Lamar Jackson put up 55 yards on eight carries against the Steelers in Week 13. Expect the young dual-threat to put up numbers on the ground in this rivalry game.

Don’t love all of these plays? Mix and match with some of my other top plays below: