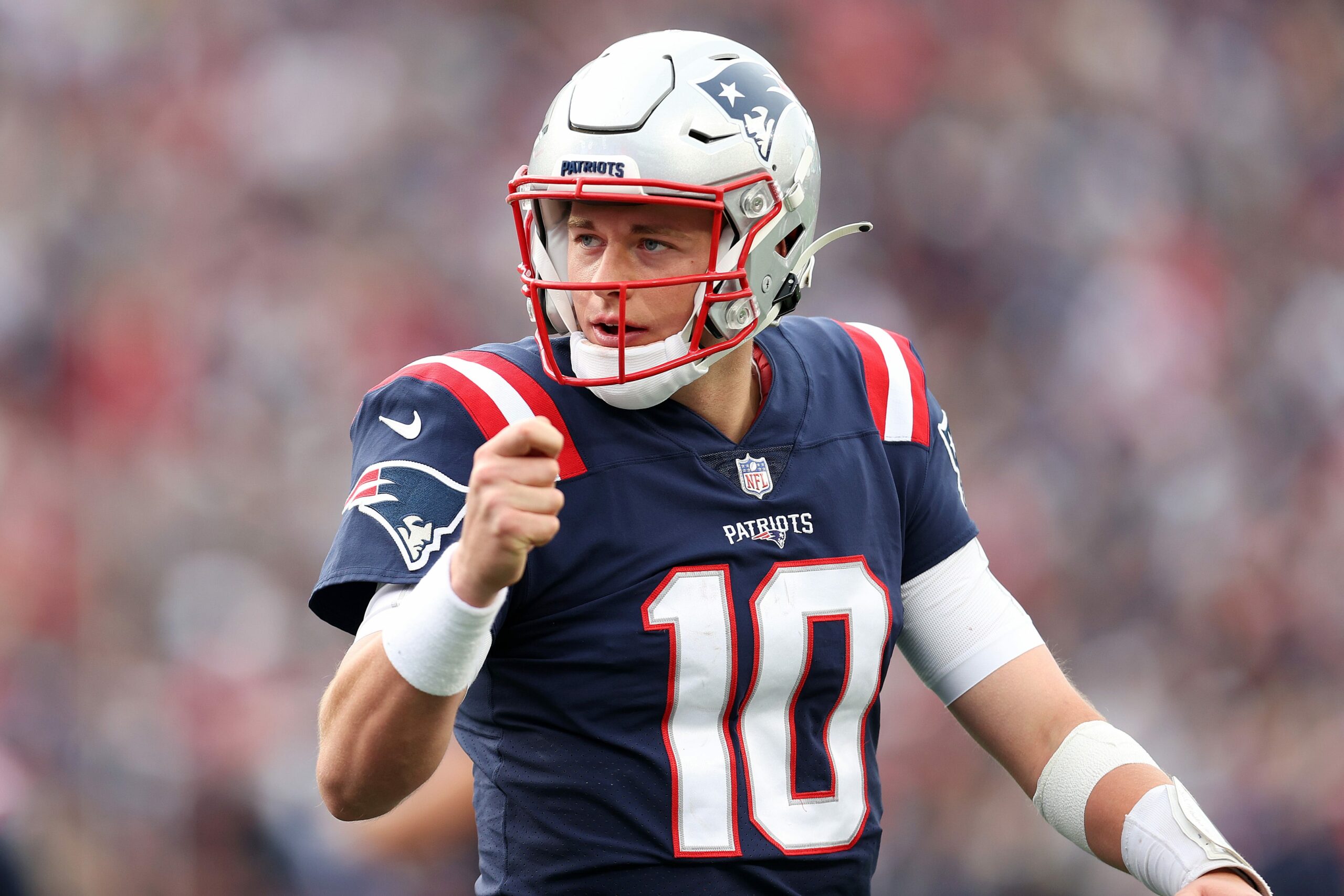 We'll get you in the green for the Thursday night Showdown.

Before we hop into this NFL Week 11 DFS DraftKings TNF Showdown breakdown, my name is Rich Xenos (rxendaddy on DraftKings) and I’ve been playing DFS since 2018. I’ve been a big fan of RSJ since the jump and I am excited to contribute to the DraftKings Showdown slates.

As a Patriots fan, there aren’t many things that can get me more fired up than what Mac Jones is doing in his rookie season, so far. To say I’m excited to get to watch him tonight is an understatement. Ok, I’m done gushing about Mac, let’s break down this slate. I think it should be an interesting game for Showdowns and the Falcons will likely be without their Swiss Army Knife, Cordarrelle Patterson, who has been one of the best players in fantasy this season. The question is, who fills that void for them tonight?

According to the DraftKings price-makers Wayne Gallman ($8400) will be the back who gets the most production with Cordarrelle Patterson out, but I am not convinced. Yes, Gallman got 15 carries last week vs the Cowboys but the game was completely out of reach by the time he started getting any serious work.

I think Mike Davis is the more likely starter and I think he is massively underpriced in this spot. I will most likely Captain him in every lineup I make.  At $5,800 I think he is the best point per dollar play and he will be my top priority on the slate. Even if he splits carries I think he should get most of the passing downs and at his price, I think he gets there in basically any game script.

Mac attack! I know it’s shocking but I will be playing Mac Jones at $10,600 because he has the highest floor on the slate. The same goes for Matt Ryan at $10,800. Set it and forget it.

I’ll also prioritize Kyle Pitts at $9,600. I’m not as confident but still feel like he is the biggest mismatch for any defender on the field tonight. I would not be shocked if Belichick gameplans to take him out of the game but I also just feel like this kid is a special talent and Atlanta needs to find a way to get him involved to compete in this game tonight.

I think the Patriots should win handily tonight and for that reason, I will target the Falcons passing game for the flex spots. At 3,600, Tajae Sharpe leads the group of salary relief players for this slate for me. He has struggled the last two weeks but that is also why he’s priced as low as he is and you’re going to have to find a couple of cheap plays tonight if you plan on playing Pitts and both quarterbacks. I also like Russell Gage and Olamande Zaccheus, who are priced in the mid-tier. The Falcons should have a decent amount of garbage time and I’m expecting the Falcons passing game to reap the benefits.

Jonnu Smith has had a lingering shoulder injury the last few weeks (he missed Week 10), but he looks good to go tonight. Smith at $2,400 is an interesting salary relief play. Also, I think Brandon Bolden at $4,800 is in an intriguing spot too. Damien Harris is expected to play, which will be a hit to Rhamondre Stevenson’s production, but not so much Bolden’s pass-game production.

I like Jakobi Meyers ($8,000) but I think I will be taking a stand on him because he is the player I’m most worried about burning me. I think he is overdue for an 8 to 10 reception game but he could get scripted out of the game.

I will be captaining the underpriced Mike Davis. Pitts and the two quarterbacks will be flexed, along with other cheap and mid-tier Atlanta receivers.

I really expect the Patriots to be in control from the kickoff and for that reason, I really like under of 47. Everything is clicking for New England right now and they’ve always done a good job of controlling the game — not to mention both teams are on four days rest.

This is definitely the most excited I’ve been for a TNF match-up this year as a fan but I’m also intrigued to see how it goes for this Showdown as well.