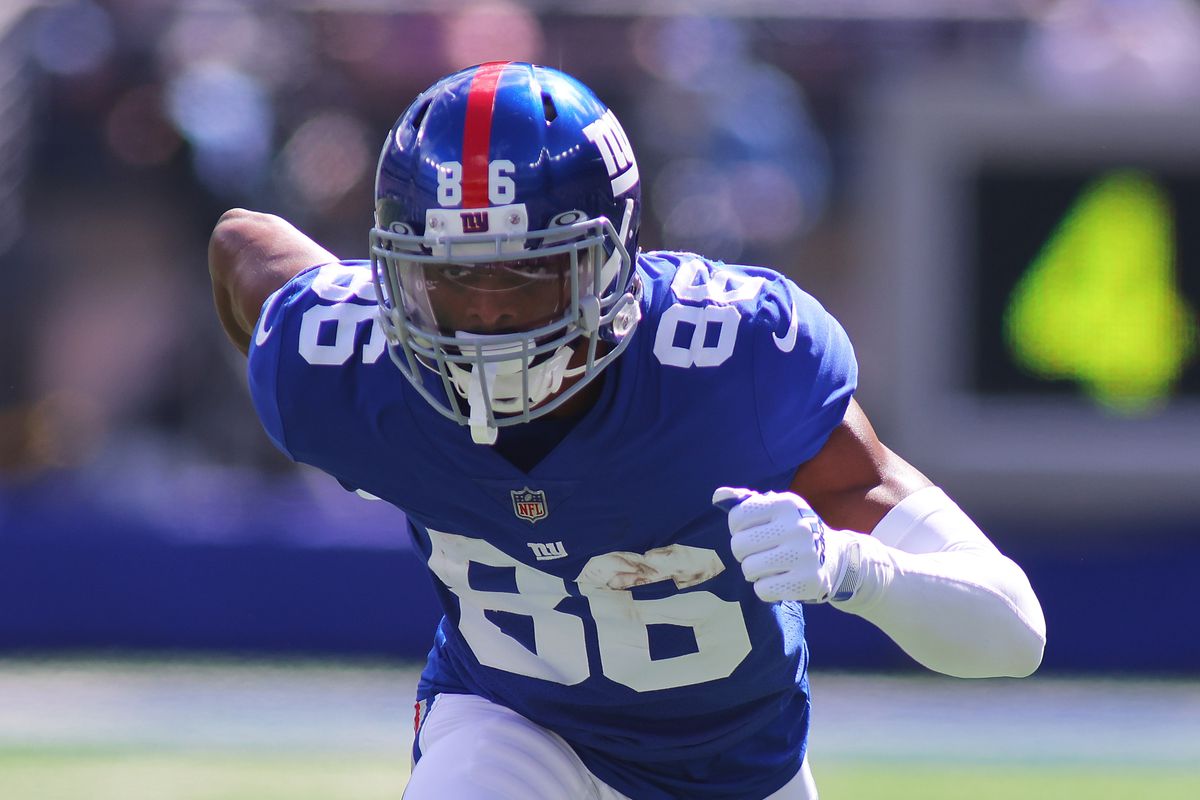 We got through 'Bye Week Hell,' but now Davante Adams is likely out for Thursday Night Football.

We barely made it through fantasy football Week 7, aka ‘Bye Week Hell.’ We thought we made it unscathed. Some of us, or most of us, took an L, but we were on to Week 8 because that’s where the greener pastures resided. That glimmer of hope ended on Monday when the Packers placed Davante Adams on the COVID-19 list. Due to the short week, Aaron Rodgers’ binky will likely be out for the team’s Week 8 tilt against the Cardinals. It’s brutal news for fantasy owners.

But with any fantasy injury or inactive, we have to make moves to lessen the sting. No player off the Week 8 waiver wire will completely replace Adams’ production. But, we’ll try to hit double-digits with his potential replacement.

With Sterling Shepard suffering a Sunday setback and both Kadarius Toney and Kenny Golladay out for the time being, Darius Slayton is Danny Dimes’ guy on the outside. In Week 7 as the team’s WR1, Slayton saw 10 targets and ran a route on nearly 80 percent of Jones’ dropbacks.

Expect one of the Giants’ wideouts to return (maybe), but Slayton should still get his against the Chiefs’ horrific secondary this week.

For those in leagues where the above aren’t available, Van Jefferson is a solid streaming option. In Week 7, Jefferson finished with four grabs for 43 yards and a touchdown on eight targets. He also saw more Matthew Stafford targets than Robert Woods did against the Lions.

Similar to the other streamers this week, Jefferson gets a favorable matchup against the Texans this week.

Tim Patrick had a tough night on Thursday night in a disgusting game against the Browns. Teddy Bridgewater and the Broncos’ offense never got off the bus, but Patrick will continue to run routes at a high clip (97%) and play almost every snap even though Jerry Jeudy is set to return in Week 8.

Bridgewater and co. should bounce back this week against a porous Washington defense that gets shredded through the air. Roll out Patrick if he’s still available on the Week 8 waiver wire.

10/26 UPDATE: Lazard joined Davante Adams on the COVID-19 list and will likely be OUT for Thursday.

Over the last two weeks, Allen Lazard has filled in for Marquez Valdes-Scantling admirably. In total, the Lazard King has put up eight receptions for 87 yards and two scores. Most importantly, he led all Packers’ wideouts — including Davante Adams — with 51 snaps and ran a route on 90 percent of Aaron Rodgers’ dropbacks in Week 7.

With Adams likely out, Lazard will be Aaron Rodgers’ top perimeter option and should be top-three in team targets alongside Aaron Jones and Robert Tonyan during their shootout against the Cardinals. Feel comfortable firing up Lazard this week in Adams’ absence.