Should You Sell-High on Cordarrelle Patterson in 2021 Fantasy Football After His Week 4 Blowup? 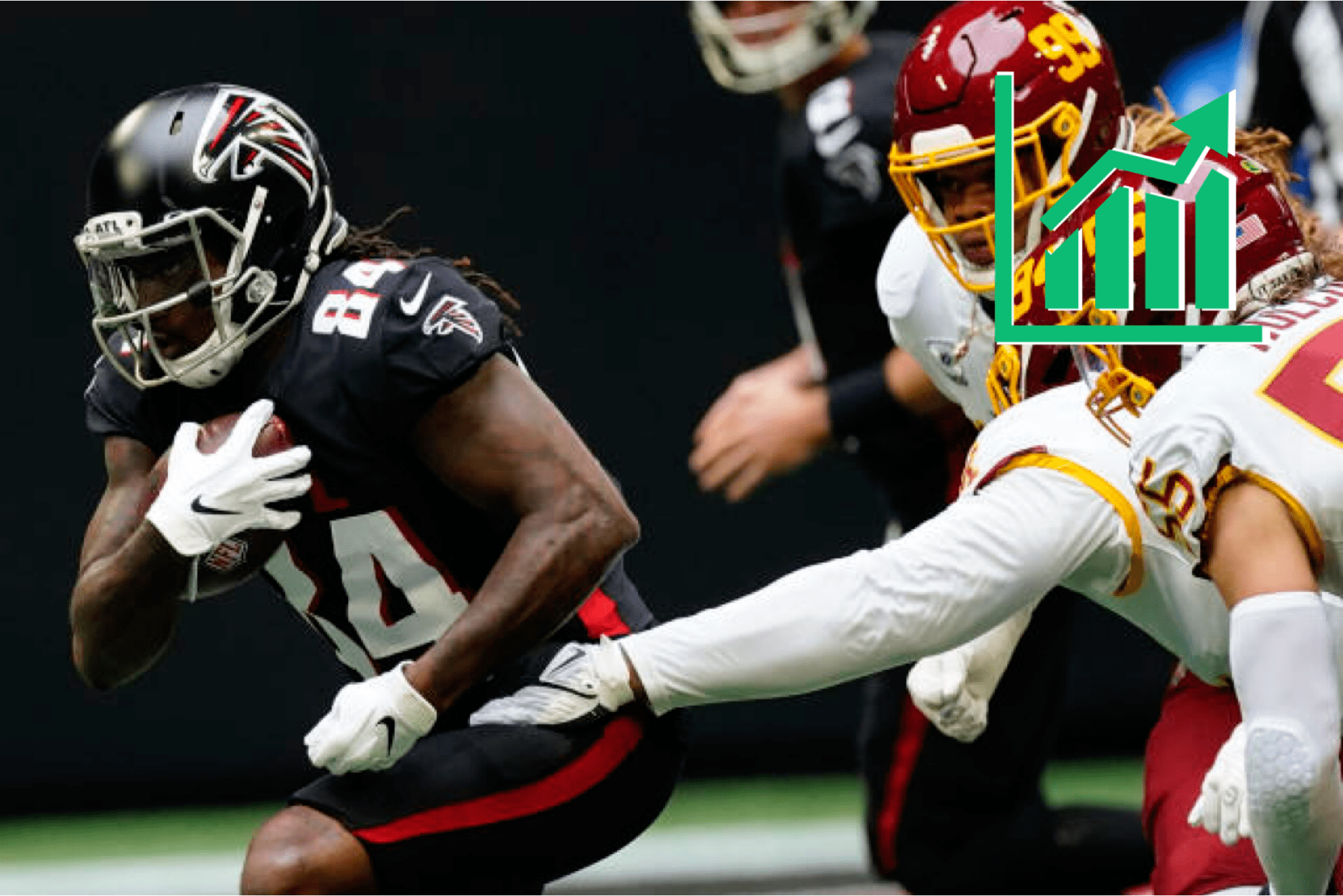 Should you sell-high on Cordarrelle Patterson during his career year?

The Washington Football Team’s defense came into this week looking horrible, especially considering how hyped they were coming into the season. Facing the Atlanta Falcons was a great opportunity to get right.

His 119 yards rushing and one rushing TD so far account for just 4.47 points per game. That leaves a lot to make up for on the receiving end, which accounts for 75% percent of his fantasy production so far.

The presence of Mike Davis and his continued majority of the backfield’s snap share keep Patterson’s prospects for continued success in question.

But let’s say that now Cordarrelle has played himself into more snaps, is it still realistic to expect his high level of receiving efficiency to continue?

Patterson has really been Atlanta’s lone offensive bright spot. Their other playmakers like Calvin Ridley (low-end WR2) and Kyle Pitts (high-end TE2) have been consistently pedestrian.

If defenses dial into Cordarrelle more and more, it may open things up for other guys, but is it a sure thing? As you probably know already, sure things can be like rare diamonds in fantasy.

We should expect opposing defenses to make adjustments in trying to contain Patterson, though. That we can be sure of. So what are our options? How should we project his success moving forward?

Cordarelle certainly can make a case for an RB2 floor rest-of-season, as odd as that sounds. And let’s be honest, we may have just seen his best fantasy game of the year.

SELL OR HOLD? IS THERE A WRONG CHOICE?

Chances are, you either spent a late-round pick on Patterson or picked him up as a free agent. In that case, if you traded him you wouldn’t be losing a player that came into the season being essential to your roster.

That, coupled with the unlikelihood of his current ridiculous level of efficiency, makes Patterson a sell-high poster child.

In dynasty leagues, contending teams may do Patterson for a future 2nd, for a good young prospect, or do a future 1st for Patterson and a future 2nd.

In redraft, perhaps see if you can hop two or three tiers with one of your other players by packaging him with Patterson.

Or if the demand is weak, no sweat. Enjoy a quintessential FLEX-it-and-forget-it in a player that at age 30 may finally be utilized to his full potential.

Oh, and maybe we should be streaming everyone against Washington’s defense until further notice.

Keep on the lookout for updates to The Wolf’s Rest Of Season Rankings And Big Board for added perspective, as Cordarrelle will be a hot topic.