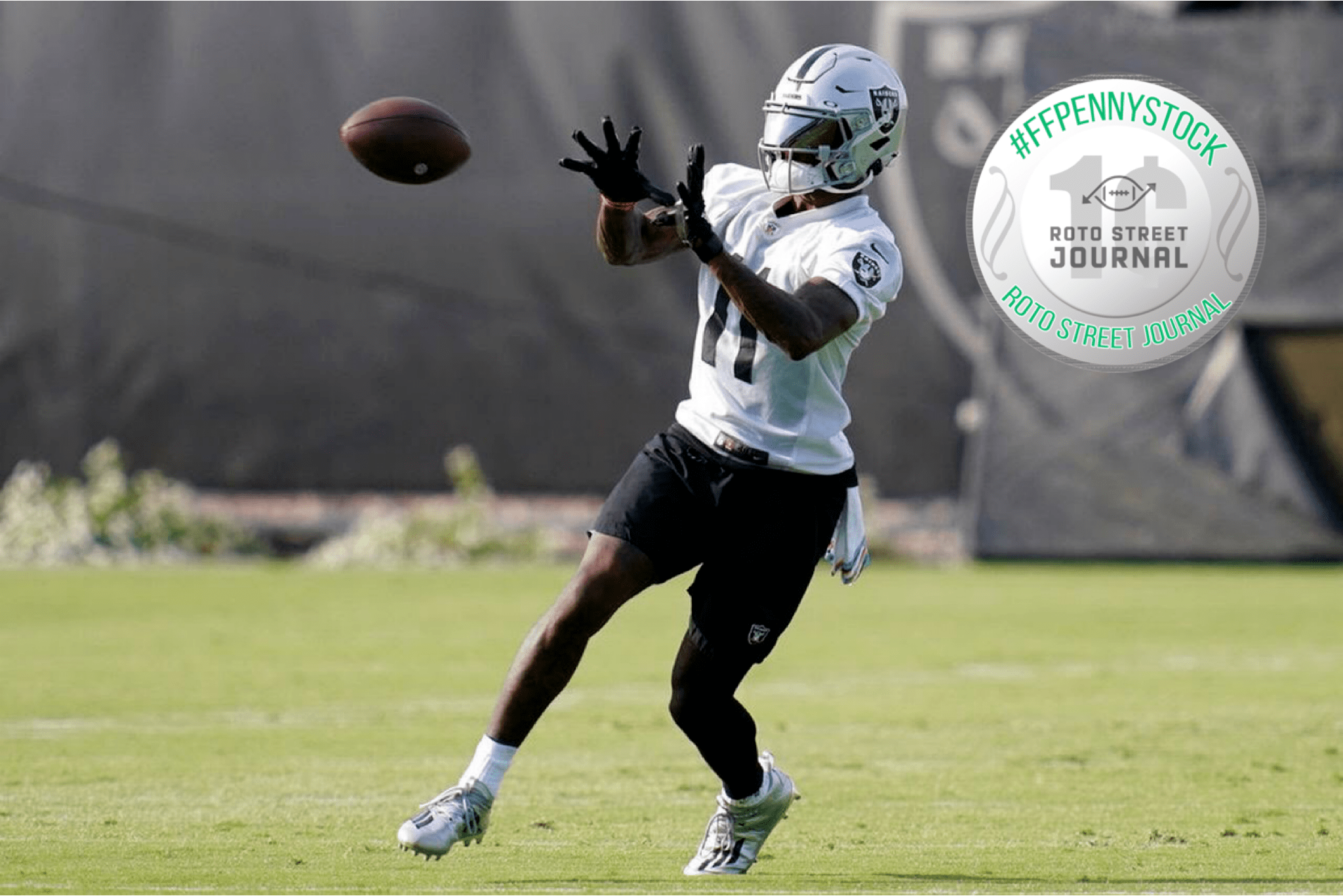 After 13 games and a full offseason under his belt, Ruggs is primed for an increased role in his second year and could provide 2021 redraft and fantasy best ball value at his current ADP (WR56).

Ruggs hauled in only 26 passes for 452 yards and two touchdowns in 13 games as a rookie. But with Nelson Agholor and his 82 targets, 896 receiving yards, and eight touchdowns now up for grabs, Ruggs will compete with veteran John Brown for Derek Carr’s deep ball targets.

While some think Brown could immediately step into that role, long-time Raiders beat writer, Vic Tafur, believes Gruden will script his offense to funnel targets to their 2019 first round pick.

“I think the Raiders are going to split up their receptions this season, with Brown definitely being part of the attack,” said Tafur. “Gruden hears the criticism of the Ruggs pick, so he is the one receiver we can lock in for a lot of targets. And I still think Zay Jones is a factor. Agholor’s season was special and probably can’t be replicated by the next free agent coming through the door.”

Although we have to take a beat writer’s opinion with a grain of salt, Carr couldn’t contain his excitement about how impressed he’s been with Ruggs’ offseason and his play during mandatory minicamp.

“Man, he’s been impressive,” Carr said about Ruggs. “The way he’s running routes. He’s being violent in his cuts. I think something clicked in his head. Just like with everybody, you play a season in the NFL, you go back and watch the tape and you’re like, ‘Wow, I know what it takes now.’ And you either do it or you don’t. And he’s showing already that he said, ‘Nah, I’m going to do it.’ And it’s been so impressive.

“Even what he did last year, with no OTAs, was impressive. Maybe he didn’t have a breakout season, a 1,000-yard season or anything like that. But things he did for us in certain moments, it was impressive. So now he knows the offense, he knows the quarterback, he knows who’s around him, all those things. He’s working with me after practice. I’m very excited for Henry. Now he’s got to go do it.”

These quotes are all fine and dandy, but it’s now up to Ruggs to take the proverbial year-two leap. Even though he didn’t put up numbers, Ruggs proved he could separate from NFL corners. He ranked No. 1 with a 2.31 (yds) average target separation.

Will he utilize his 4.27 speed to become a best ball league-winner or a 2021 fantasy redraft sleeper? Or will he be another typical one-dimensional speedster who will catch the occasional bomb, but never put it all together?

Either way, there isn’t much talent in the Raiders’ WR room to compete for the second-most targets behind Darren Waller. Outside of Brown, Ruggs is up against Hunter Renfrow, Bryan Edwards, Willie Snead, and Zay Jones.

The Wolf has absolutely zero confidence in Ruggs taking over the Agholor gig or even making a slight fantasy impact. Ruggs is ranked WR73 (-15 vs ECR), Brown is slotted at WR67 (-8 vs ECR), and Edwards is ranked WR88 (-9 vs ECR).