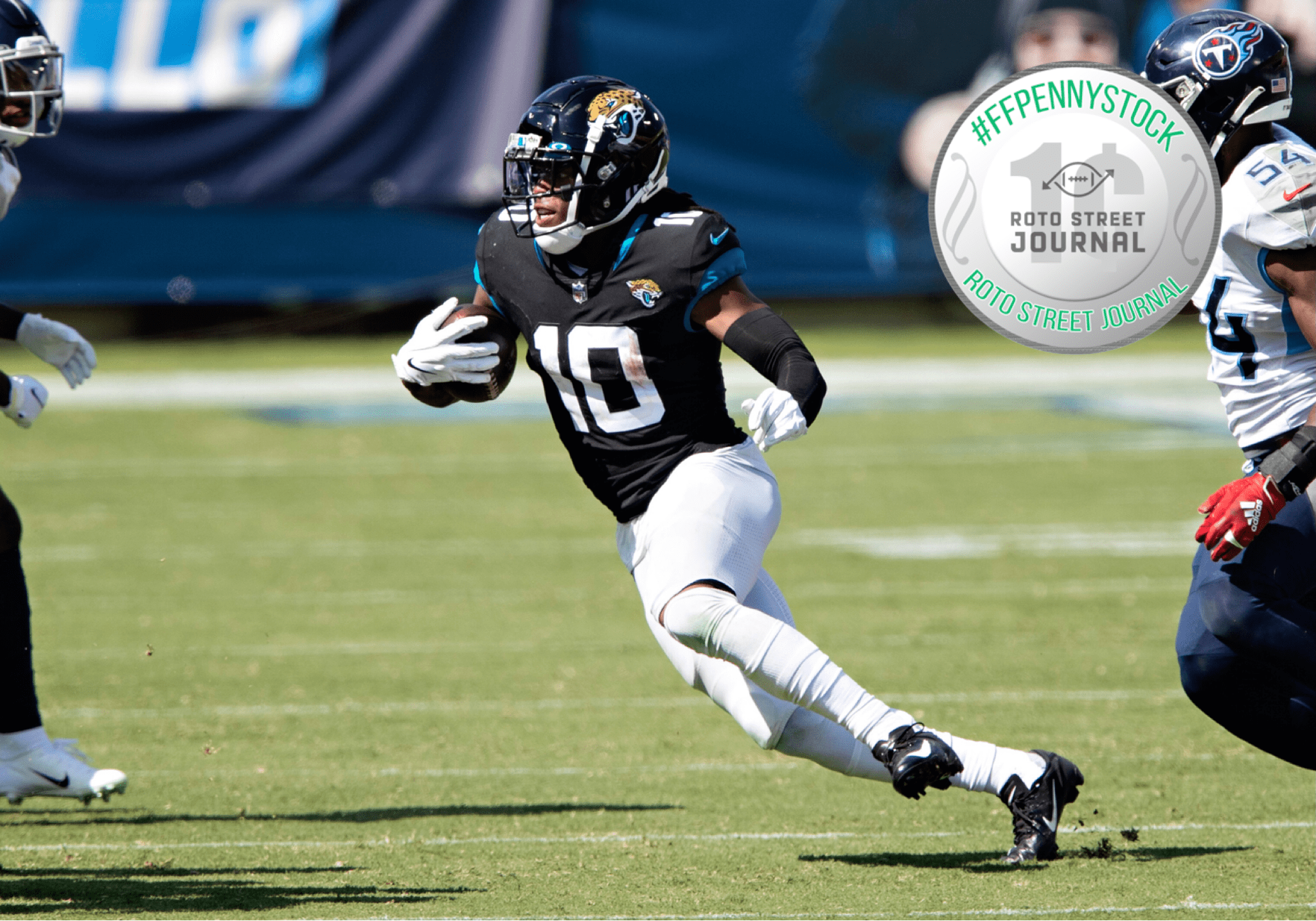 Laviska Shenault could be utilized as Urban Meyer's next do-it-all weapon.

As we know by now, elite college coaches do not always translate to wins in the NFL. However, from a fantasy perspective, an offensive scheme (see: Kliff Kingsbury, Chip Kelly) can translate to fantasy points in the NFL. While Urban Meyer’s offensive philosophy has mostly stayed the same throughout his career, he’s always done a good job of adapting his offense to the strength of his quarterback and the surrounding playmakers.

When Meyer recruited elite, twitchy talents such as Percy Harvin, Curtis Samuel, and Parris Campbell, he’s utilized them in the “Percy Havin role,” otherwise known as the “H-back” or “Pivot” position to form mismatches against opposing defenses. When looking at the Jaguars’ offense, there’s one name who comes to mind whose 2021 fantasy outlook could explode in this position: Laviska Shenault.

Kyle Jones of 11 Warriors defined the “H-back” role as: “The name for the primary slot receiver in the Buckeye offense. Traditionally, backs and receivers are assigned letters for play-calling purposes, with the split receiver that lines up on the line (split end) given X, the tight end Y, and the receiver off the line (or flanker) Z.”

Standing at 6-foot-1, 227 lbs, and running a 4.58 40-yd dash, nobody would ever confuse Shenault for the electric Harvin, Samuel, or Campbell. But, Shenault brings a different, more violent running style with the ball in his hands and possesses similar versatility.

During Shenault’s rookie season, he dealt with some horrid quarterback play. Still, he improved his route running throughout the season and finished the year strong. The rookie totaled 58 receptions for 600 yards and five touchdowns on 79 targets. He also added 91 yards on 18 carries.

As a sophomore at Colorado, Shenault calculated 1,126 total yards from scrimmage and 11 scores. He then totaled 925 yards from scrimmage as a junior, with six touchdowns. While he left Boulder with “only” 280 yards and seven touchdowns on 42 carries, it’s clear he’s a beast with the ball in his hands and could be better suited for the NFL’s physicality than Harvin, Samuel, and Campbell.

With Trevor Lawrence, DJ Chark, James Robinson, and a couple of other weapons, it will be tough for defenses to key Urban’s new toy.

While Meyer’s arrival in Jacksonville might not translate to wins, he will create mismatches on the regular and Shenault will be his Swiss Army Knife in some sort of “Percy Harvin role” in his spread offense. It’s safe to expect over 1,000 yards of total offense and a handful of highlights from Shenault in 2021.

Expect Shenault to shoot up The Wolf’s 2021 Big Board and Rankings.