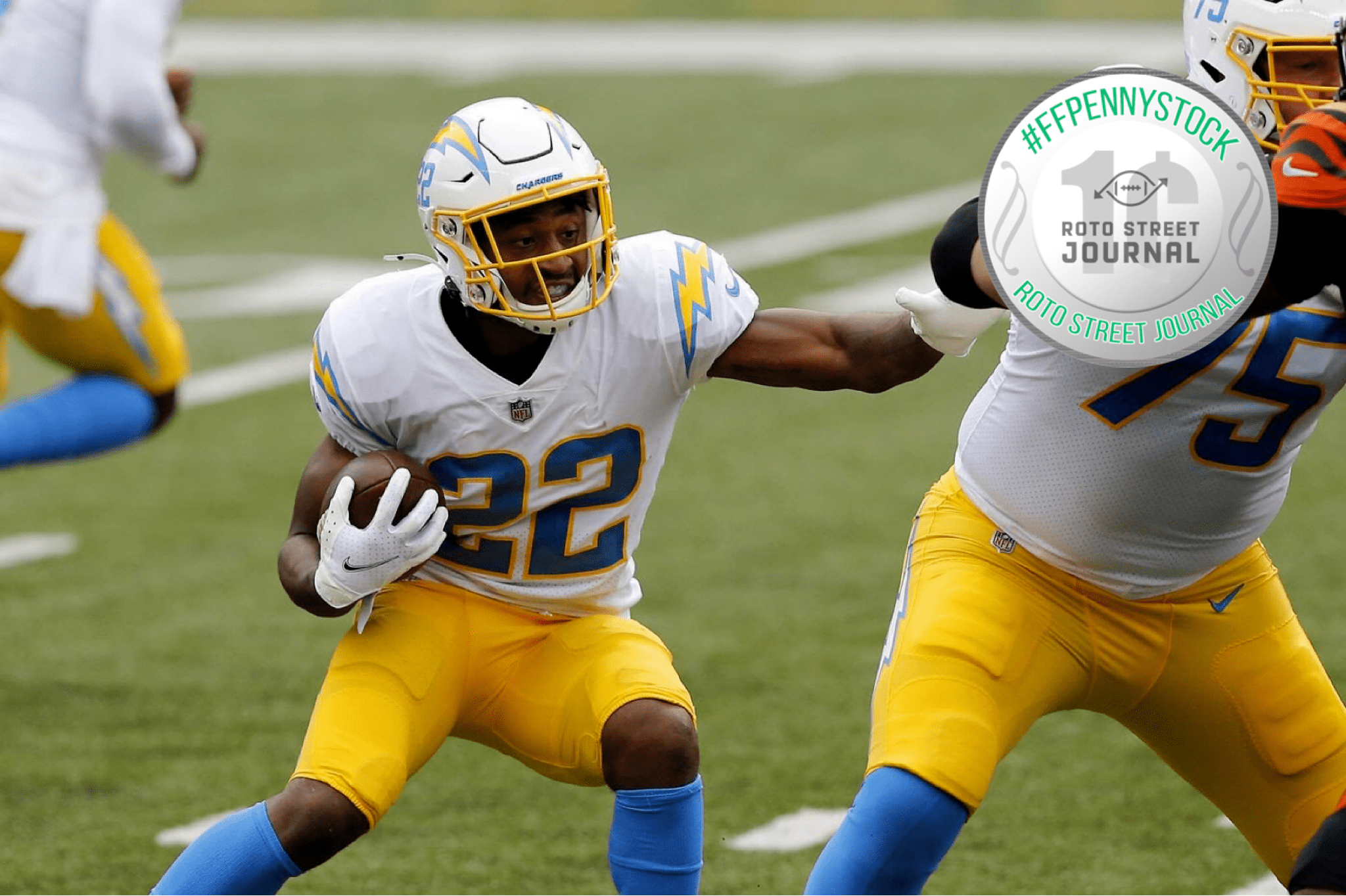 When Austin Ekeler’s hamstring popped, most thought it would be Joshua Kelley’s backfield to lose. But as the great Lee Corso says… not so fast, my friend. In the Chargers’ first full game without their three-down workhorse, Justin Jackson led the backfield with 42 snaps, compared to Kelley’s 25 snaps. It was clear Jackson was entrenched as the team’s third-down back, catching five passes, while the two split the early-down workload.

Still available in 56 percent of leagues on the Week 6 Waiver Wire, Jackson needs to be owned across the board as the Chargers’ RB1 until Ekeler comes back.

With nearly 60 percent of snaps, Jackson rushed 15 times for 71 yards and added five grabs on six targets for an additional 23 yards in the Chargers’ overtime loss on Monday Night Football. It looks like Anthony Lynn trusts the veteran over the rookie, and rightfully so. Jackson looked quick on his feet, made decisive cuts, and showed off his three-down skill-set.

On the other hand, Kelley resembled the team’s plodder, going for 29 yards on 11 carries and adding a measly reception for nine yards. Coming off a week where he basically fumbled the game away, the team dialed up the passing game on the goal-line and stayed away from the rookie in crucial situations.

With Ekeler on the shelf from anywhere between 4-to-6 weeks or even beyond, Jackson and Kelley face a very favorable schedule ahead. Following this week’s bye, the Chargers get the Jaguars, Broncos, Raiders, Dolphins, and Jets — which should make their respective owners’ salivate.

Looking forward, Jackson looks like a weekly top FLEX consideration, while Kelley will be a frustrating RB3 plodder whose upside is tied to finding the end zone.