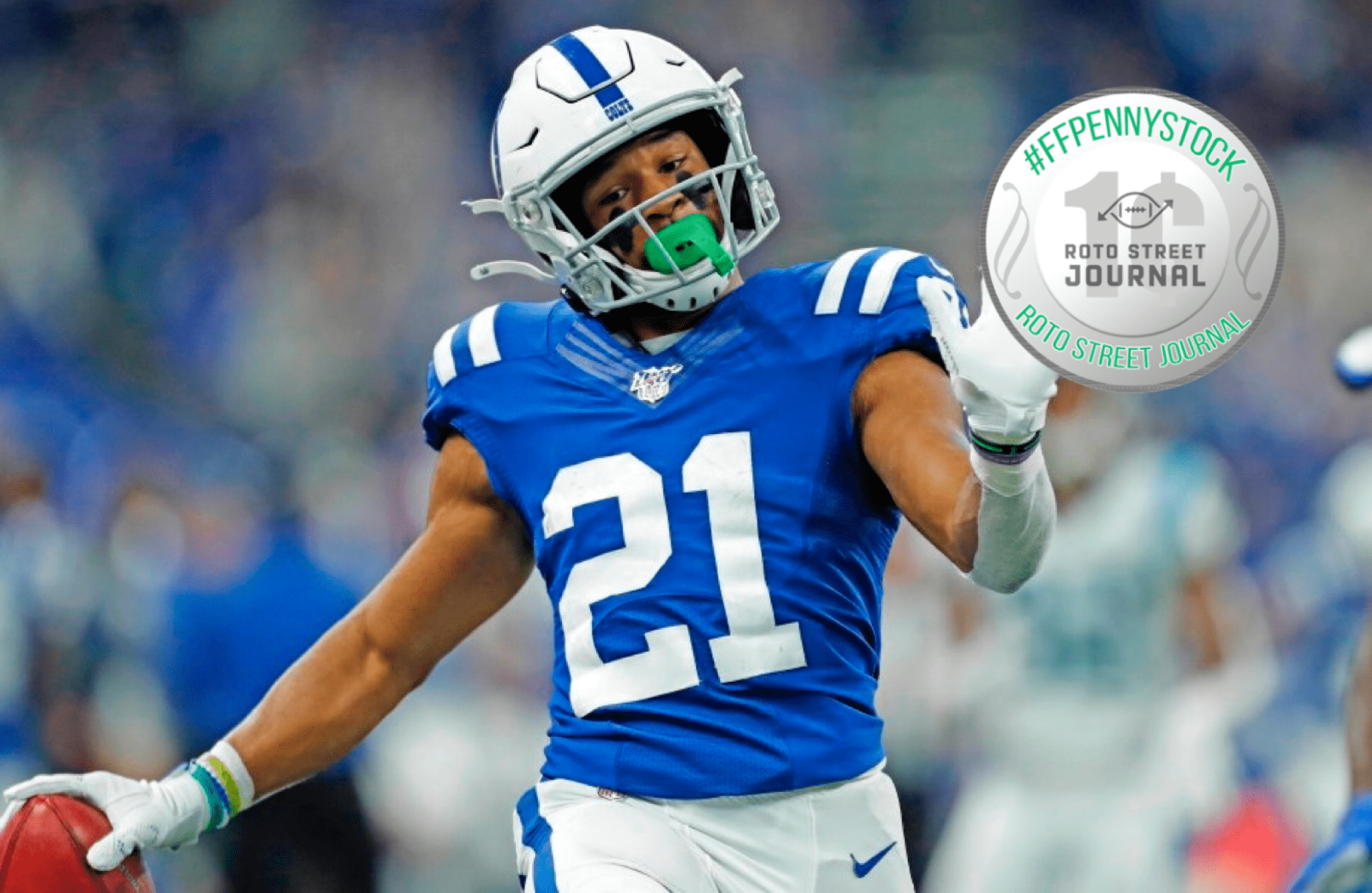 Nyheim Hines has already established himself as a pass-catching dynamo out of the Colts backfield.

He’s one of only 30 RBs in NFL history with 100 receptions and 745 receiving yards in two seasons, joining the likes of Le’Veon Bell, Saquon Barkley, and Christian McCaffrey.

With Andrew Luck, aka solid QB play, Hines ranked 8th in the NFL with 63 receptions as a rookie.

In 2020, Hines will have his best shot yet to flash his receiving talents.  He’s about to play with a QB who targets the position more than any other: Philip Rivers.

Stay up to date on all the Free Agency Fantasy Fallouts! Bookmark our Fantasy Stock Watch. Even better, consume them in our cleanest format by downloading the Roto Street App.

Rivers has a deep history of peppering his backs. Just last year, the Chargers ranked first in both pure RB targets (164), and percentage of pass plays to the position (30.9%).

We all know the results, with Austin Ekeler finishing 10th among all players in receptions (92), behind only McCaffrey at the position. Thanks to 992 receiving yards and 8 TDs through the air, Ekeler was the RB4 in fantasy.

The case is clear: when provided a pass-catching RB specialist, Rivers will squeeze the most PPR fantasy juice out of them.

Hines is next in line to benefit. Reich has already used Hines in his classic “Swiss Army” role, moving him all over the formation. With the Colts in dire need of receiving weapons behind TY Hilton, don’t be surprised if Hines is used even more regularly in 2020 and approaches 90-100 targets.

As a true 90 catch candidate, Hines may just net Top-15 PPR RB value in 2020. He’s shot up to my RB34, with roome to continue climbing. Be sure he’s circled for your later rounds.