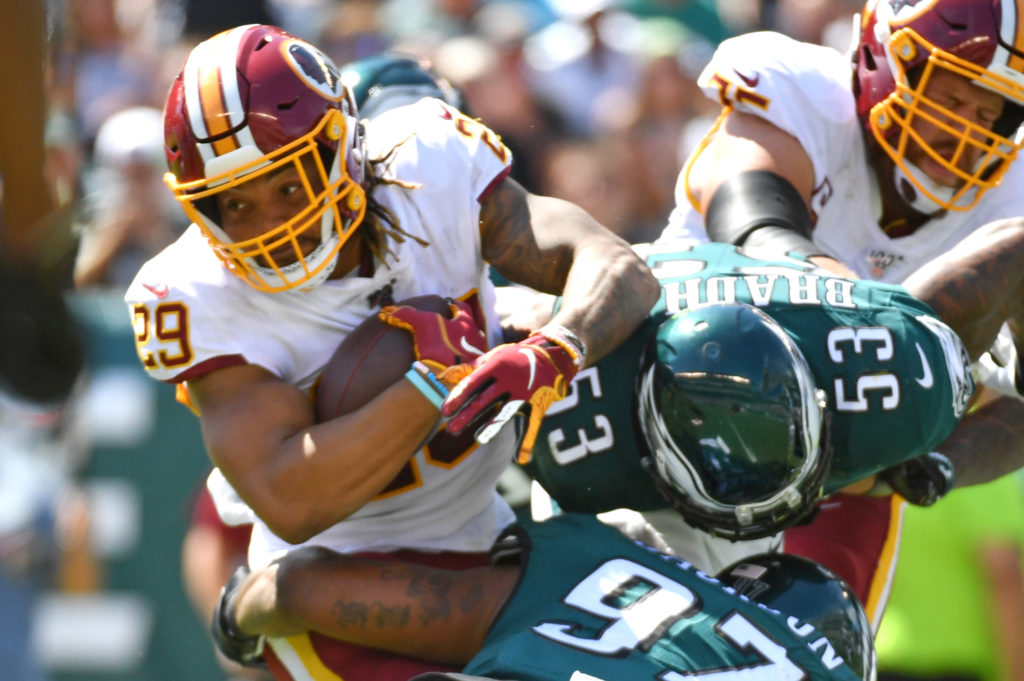 Beat your leaguemates to the Week 10 Waiver Wire this weekend.

Prepare yourselves my friends, for Byemageddon is nigh. A season-high six teams will take the week off after Sunday, leaving many fantasy owners scrambling to replace their starters. With just a few weeks left in the fantasy regular season, don’t let bye weeks derail your playoff push. Add players now who will win you games down the line.

For those unfamiliar, the goal of Sneaky Stashes is to get ahead of the waiver wire. By identifying valuable players before they break out, we can avoid dipping into that precious FAAB budget or getting beat out by someone with higher priority on waivers. However your league handles it, we get a leg up by stashing fantasy assets on our bench before they become hot commodities. The players featured below are prospects who either have juicy matchups awaiting them in the weeks ahead, have immense talent that is primed to breakout sooner or later, or possibly a combination of both.

Nonetheless, the guys you’ll see on sneaky stashes are players we recommend considering if you have dead weight at the end of your bench.

To get our Stock Watches, Weekly Rankings and Podcast episodes directly on your iPhone, download our brand-new app in the App Store.

Criteria for sneaky stashes requires players be available in 40% or more of ESPN leagues.

I get it. Watching Darnold throw seven interceptions over his past two games certainly doesn’t instill confidence in anyone looking for a streamer. But at this point in the season, your options may be bleak. With Deshaun Watson, Carson Wentz, Tom Brady and Gardner Minshew on byes next week, Darnold could be your best bet. This Sunday, the Jets face a Dolphins defense that has allowed the fourth most fantasy points to opposing quarterbacks and just lost their best player, Pro Bowl cornerback Xavien Howard. A blow up game in Miami could put Darnold in high demand. Next week, the Jets are at home to play the a Giants defense that has allowed the ninth most fantasy points to opposing quarterbacks. After that, NYJ’s cupcake schedule continues with the Redskins, Raiders, Bengals and Dolphins again.

Jamison Crowder — Available in 45% of leagues

If I’m buying Darnold then I have to buy some of his receivers. Crowder and Robby Anderson face paper-thin defenses the next several weeks, and Crowder is the more widely available of the two. Crowder leads the team in targets and is Darnold’s security valve underneath, making him more appealing in PPR leagues. The Giants’ secondary has allowed the third most fantasy points (PPR) to opposing receivers, making Crowder an appetizing steamer play next week.

If you haven’t heard, Seattle claimed Josh Gordon after he was released by the Patriots. His pairing with Russell Wilson better fits Gordon’s skillset, as Wilson more frequently pushes the ball down the field and to the end zone than Tom Brady at this point in his career. Gordon isn’t what he once was, and his exact role and usage with the Seahawks remains to be seen, but the 28-year-old’s upside with Wilson makes him worth a stash on your bench.

Alexander Mattison — Available in 79.3% of leagues

Mattison was left off this list for the first time last week simply because the Vikings played on Thursday, preventing fantasy owners from being able to add him until the next round of waivers. The rookie third round pick out of Boise State has the ability to win you your league. Anyone who watched last Thursday’s game had to notice Mattison’s ability. He gained 61 yards on 13 carries and had several chunk-runs called back due to penalty. If Dalvin Cook goes down with injury like he has the past two seasons, Mattison’s talents and opportunity on a run-heavy offense would make him a top 10 weekly ‘back.

Derrius Guice — Available in 67.2% of leagues

Speaking of talent, will we ever get to see this kid play? Guice was drafted in 2018 to be Washington’s feature ‘back. After displaying a violent running style, reliable hands and breakaway explosion at 220-plus pounds at LSU, Guice drew Marshawn Lynch comparisons throughout the pre-draft process. Injuries have derailed his career thus far, preventing the 22-year-old from illustrating his talent on the pro level. Guice was back at practice this week and is slated to return to field in week 11. Washington has become more run-heavy after parting ways with Jay Gruden, averaging over 22 running back carries in their three games post his firing. If healthy, the Redskins will likely ride Guice to see what they have in the second-year player, making him a potential stretch-run steal.

Chris Herndon — Available in 73.8% of leagues

Here’s another player that has made it fair to question when he will ever get back to the field. Just as his four-game suspension to start the season was ending, Herndon suffered a hamstring injury while running routes. The athletic, second-year tight end comes with a high ceiling and will become New York’s starting tight end once he returns, which should be any week. Herndon has practiced in a limited fashion each of the past two weeks. If you’re hurting at tight end, Herndon’s upside could be a difference maker for you down the stretch.