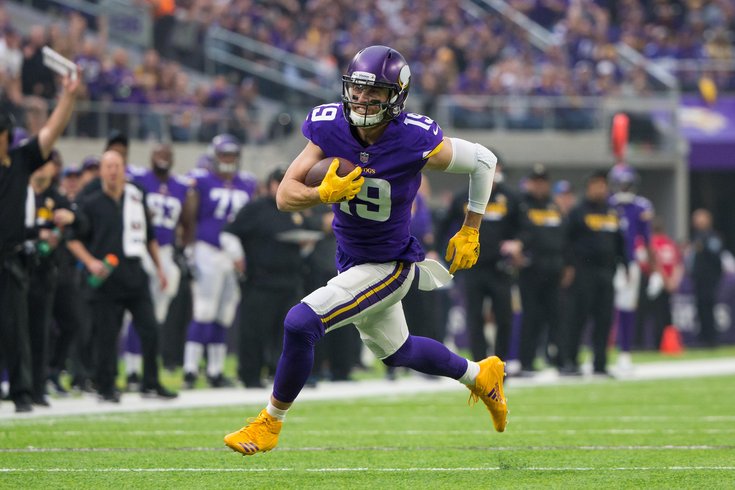 Fight through Bye Week Hell with the best Week 8 Fantasy Football Rankings in the business.

Milk? Check. Bread? Check. Eggs? Check. No time to ponder why people rush to these three items exclusively when disasters are about to strike — we still need to gather all the blankets, candles and Waiver Wire stream-creatures possible. What screams warmth and comfort more than a Raheem Mostert plug-n-play, after all?

Yes, Bye Week Hell has officially hit. In fact, it began last week and left many scrambling for shelter. For each of the next six daunting weeks, at least 4 teams will be out, severely limiting an already thin fantasy football talent pool. Lineups will be strewn together with laughable Hail Mary’s and Bench Depth will be tested to the limits. This week, owners will be without their talent from the explosive Chargers and Falcons, as well as the mainly irrelevant Titans and Cowboys (outside Ezekiel Elliott, of course).

In the process, the correct player choices become all the more crucial. There’s no better place to start mapping out your Bye Week Emergency Plans than The Wolf’s Week 8 Fantasy Football Rankings.

If you have any specific lineup questions, please let me know. While rankings are helpful, many factors are at play that can cause a change. For example, you may be an underdog, and starting a “boom-or-bust” player is more appealing for your lineup versus a surefire 7 or 8 points.

Hit me up @RotoStreetWolf, and be sure to tune into our Fantasy Sit / Start Show, this Sunday @ 11 AM EST Facebook Live.

As a reminder: these Week 8 Fantasy Football Rankings are based on 1/2 PPR, 4 Pt Passing TD Scoring.

Get ready for a W with the best Week 8 Fantasy Football Rankings in the business! Hit up @RotoStreetWolf, and be sure to tune into The Fantasy Tailgate LIVE Sit / Start Show, Sunday @ 11 AM EST on Facebook.