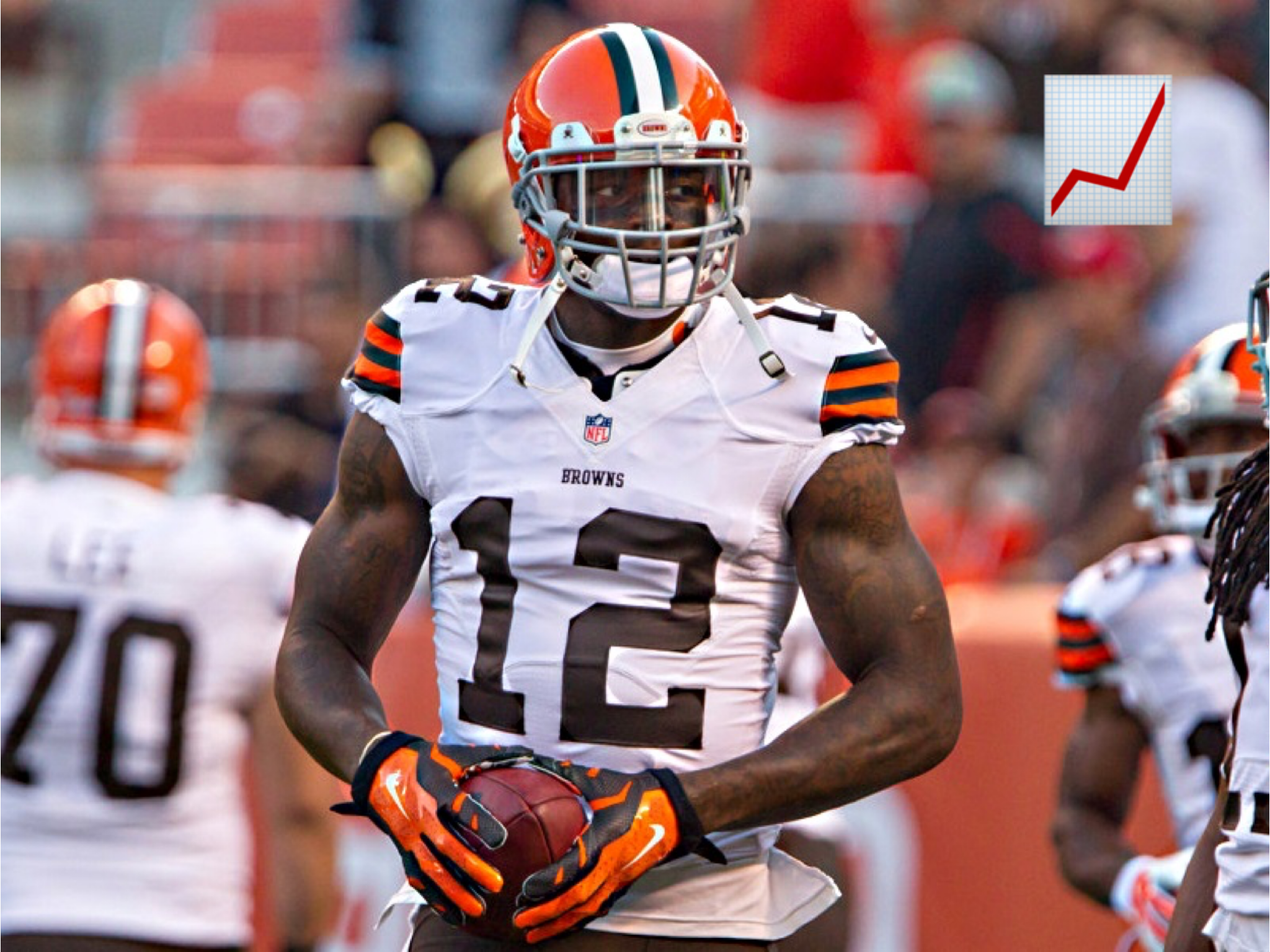 Josh Gordon is back, and his upside is monumental with Tyrod Taylor and Todd Haley by his side.

On Saturday, the uber-talented, but oft-troubled Gordon returned to the Browns after missing the opening two weeks of camp. In a candid note, Gordon says he “took the time needed to ensure my overall mental and physical health.” Now in peak-shape, with a clear head (for the first time), and as much ability as any WR in the game, Gordon’s path back to WR1 Dominance can officially begin. This is especially true considering the “Surrounding Talent” and “Coaching Scheme” upgrades he and all Browns’ WRs received this offseason.

Gordon is an imposing 6’3″ and 225 lbs glider who can dominate at every level of the field. He now will gain immense value from playing under Todd Haley, a known WR-whisperer who’s made monsters out of both elites like Larry Fitzgerald and Antonio Brown, as well as slugs like Dwayne Bowe and Steve Breaston. This is a coach who’ll preach the intricacies and squeeze the absolute upmost potential out of Gordon.

More importantly, Gordon will be catching balls from the best QB of his career, by a mile — whether Tyrod Taylor or eventually Baker Mayfield (who, after practicing with “Flash” in OTAs, noted: “I’ve never seen anybody like him, bar none…He’s definitely gifted.”)

Yes, he’s only played in 10 games in the four seasons since his dominant 2013. But how can you forget the dominance of that 2013 season? Gordon led the league with 1,646 yards, in only 14 GP, with the 7th-lowest QB rating passer delivering the mail. While playing drunk. His 22.4 fantasy points per game, at only the age of 22, ranks top-20 among wide receivers all-time.

Now, Gordon will have his clearest mind to complement his ridiculous ability. He’ll have the ultimate play-caller and WR developer in Haley. And he’ll be hauling in balls from his most talented pass-catcher yet. Simply put, the ceiling is limitless. To reach it, Gordon still has some hurdles to clear. After this last disappearing act, Gordon’s availability cannot be taken for granted. If his mental demons return, Gordon could need to leave the team at any point or, even worse, regress to his old habits. He also still reportedly needs to meet “certain conditions” of the NFL’s Substance Abuse Program. Indeed, Gordon hasn’t hit the finish line, but Gordon’s made tremendous progress on the right path.

For more on Gordon’s return and how it impacts this whole offense, click here.