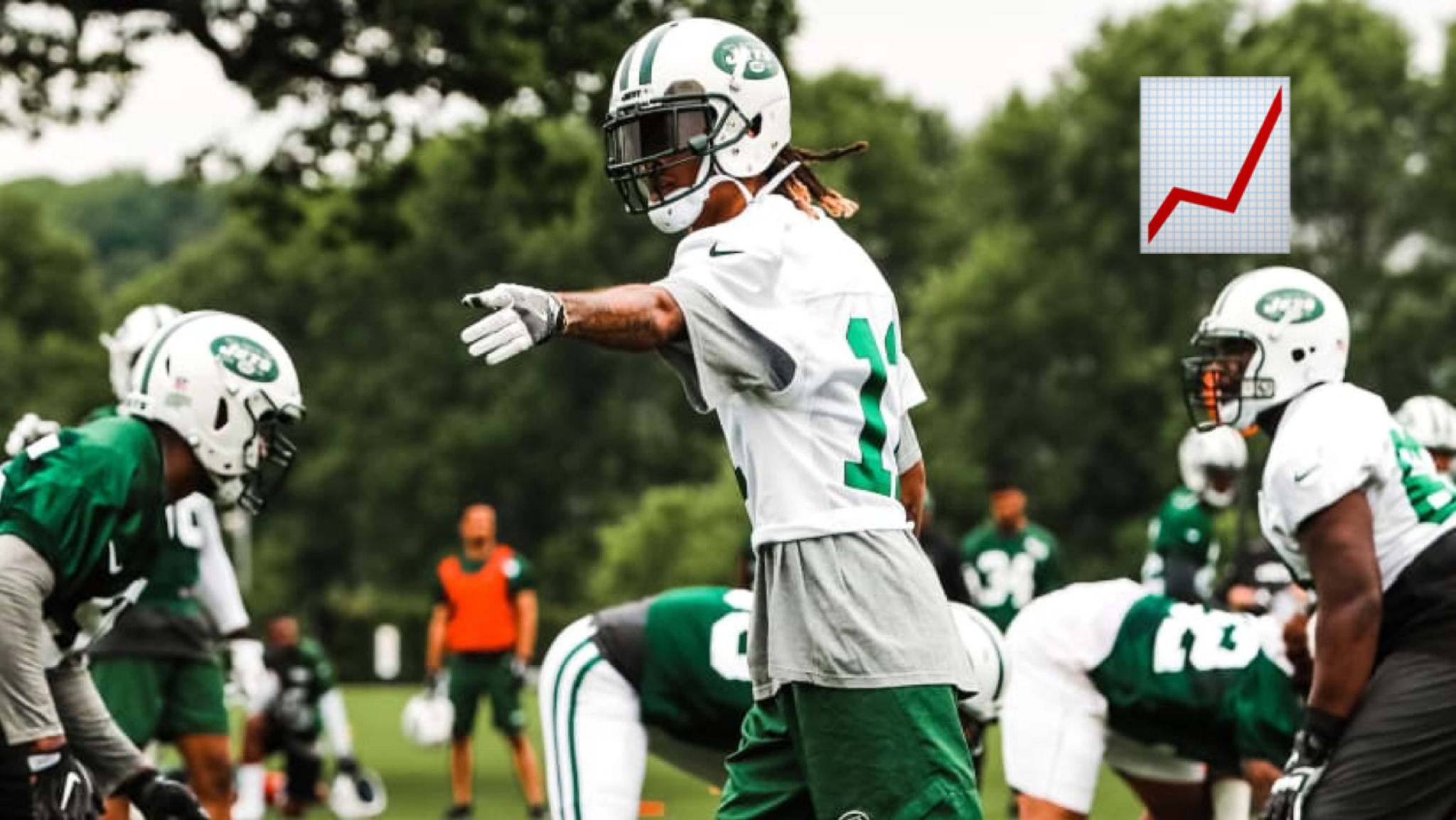 After posting 63 catches, 941 yards, and 7 TDs in his sophomore campaign (good for a WR18 PPR finish in fantasy), Robby Anderson is set to “explode and become a more complete player” in Year 3, according to his WRs coach.

This piece is largely the type of puff to ignore, as it is purely a coach speak without any substantial action (i.e. running more slot routes, being targeted on nearly every throw) to back up the claim. Still, it provides a convenient chance to remind owners how undervalued Anderson has become, likely in light of his offseason woes. Yes, the man made a moronic decision to tell a cop, “I’m going to fuck your wife and nut in her eye.” But fantasy-wise? So long as he plays, I could care less… in fact, I may have acquired some new ammunition for the group chat. In real-life, this awful display of immaturity hasn’t yet yielded a suspension of any kind, and thus far Anderson’s been back at work grinding to become “more complete.” He already was among the top burners in the league, amassing the sixth most receptions of 20+ yards over the past two seasons (27 total), and more short-area finesse can only help his output. Thus, his 102 overall, WR42 ADP is embarrassing. When Josh McCown was healthy (Wk 1-13), Anderson was the WR14 in PPR leagues and WR8 in Standard. The pair caught particular fire from Weeks 7-13, where Anderson averaged over 20 PPR FPs per game and was the WR5 in PPR leagues (and trailed only Antonio Brown in standard formats). Simply put, Anderson has dominated, and can be had in Round 10 and beyond. Whether he misses a game or two early on, this type of steal needs to be capitalized on.