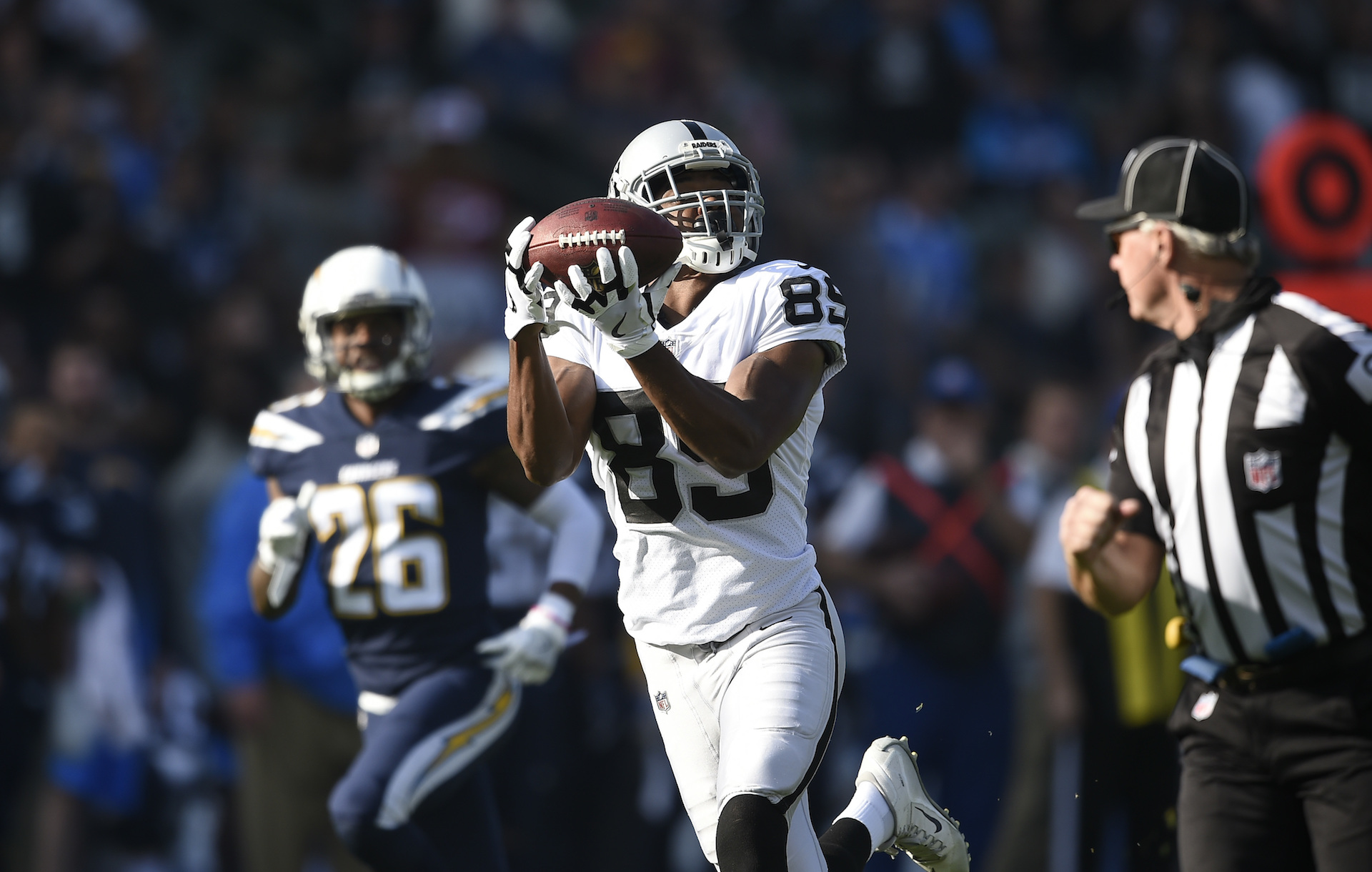 Jon Gruden has an extensive track record maximizing his No.1 WRs, which puts Amari Cooper in a juicy fantasy situation.

Take a quick look at the stats of his 11 past WR1s:

​
In all 11 seasons as a head coach, Gruden has ALWAYS produced a 1,000 yard WR, with 4/6 of these wideouts setting yardage career highs under his watch. Just once did his top wideout see less than 122 looks. These numbers are even more impressive considering Gruden’s slower-paced, run-heavier attack AND the lack of QB talent at his disposal. Imagine if Carr can realize his ceiling and Gruden adapts to today’s speed and pass-heavy ways?

This, of course, brings us to Amari Cooper. Though many won’t touch Amari Cooper following a dreadful 680 yard, 7 TD campaign, Gruden’s a reason to restore faith — beyond just Cooper’s own high-end ability. Prior to his third year dud, Cooper posted back-to-back 130+ tgt, 70+ reception, and 1000+ yard campaigns, which are consistent with Gruden’s top targets. Both the player and coach track records suggest a return to this mean seems likely, especially with a higher-percentage West Coast Attack being installed. Ideally, his price will be driven down by recency bias and those unaware of Gruden’s tendencies, creating a fantastic investing opportunity for owners.

One particularly dominant WR under Gruden was Tim Brown, and he’s predicting massive results for Cooper: “If he can’t (get the best out of Cooper), nobody can,” Brown said. “I think for Amari, this is going to be an incredible opportunity for him to get 120-125 catches a year with no problems.”

Conveniently, Gruden himself has echoed this sentiment, stating "I said it when he came out of Alabama, that he reminded me of a young Tim Brown. He has that type of game speed. He's elusive, and has a wide range of routes he can run...great things are ahead.... I've said it earlier. We're going to make him the main vein of our passing offense and move him around a lot."

Indeed, Gruden did express a similar outlook at the combine, saying Cooper will "Be the focal point of our offense...he'll be the headliner in our offense."

Though 125 catches is hyperbolic, a 100-1200-8 stat line isn’t out of Cooper’s grasp. Brown feasted out of the slot, where Cooper has been at his most dominant dating back to Alabama. In fact, last years 11 catch – 210 yd -2 TD week winner came while he ran 35% of his routes from the slot, by far the highest in his career. PFF has all the stats, noting:

"Despite running just 17.9 percent of his routes away from the outside boundary, Cooper has averaged 2.81 yards per route run from the slot in his three-year NFL career. He has also brought in seven of his 15 receiving touchdowns (46.7 percent) at slot receiver.

To add perspective, Cooper’s 2.81 YPRR from the slot would rank No. 4 in the PFF era (since 2006) if measured against the top season performances — in terms of YPRR – by a starting slot receiver. His career 1.76 career YPRR would drop to just 1.53 if we were to subtract his slot production from his NFL stat line.

The Alabama product’s dominance in the slot even dates back to his final year in Tuscaloosa, as he totaled 443 receiving yards and four touchdowns on just 66 slot routes to average 6.71 YPRR with the Crimson Tide in 2014."

Hopefully, Gruden's plans to "move Cooper all over" includes plenty of slot visitations. This is where Tim Brown forged a legacy, so this assumption is easy to draw. Up to this point, Cooper’s been wildly inconsistent. Even in topping 1,000 yards his first two seasons, Cooper’s monster efforts versus duds were impossible to project. However, under a coach who’s long produced monster WR1 campaigns and capitalized on similar skillsets, Cooper could easily have his most productive season yet.

This breakout could come despite other big-name wideout additions in Jordy Nelson and Martavis Bryant. Only once has Gruden produced two fantasy-quality WRs in the same season, so Nelson and Bryant seem unlikely to provide reliable fantasy production in 2018. While Cooper may have more targets to contend with on paper, Michael Crabtree and his unbreakable rapport with Carr would've been far greater concerns.

After finishing under 1,000 yards for the first time in his three year career in 2017, Cooper seems like a lock to cross that threshold in 2018 if he stays healthy. Under Gruden, Cooper could finally gain consistency and tally by far his highest professional totals yet.