Can Josh Gordon and Jarvis Landry Both Top 1,000 Yards Under Todd Haley? 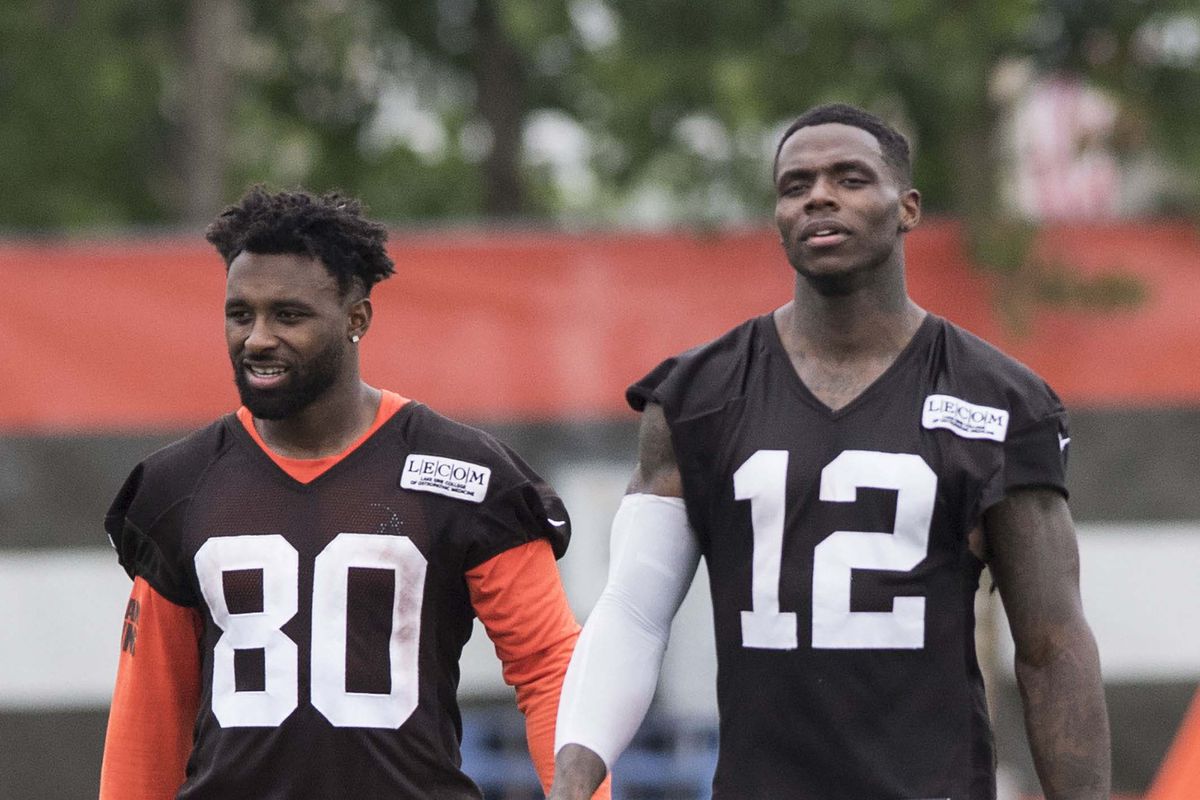 Todd Haley, who entered the NFL Ranks as a WRs coach, has a sterling track record and reputation producing gaudy stats from the position. He first began calling his own plays as the Cardinals OC in 2007, and the following numbers follow:

Indeed, Haley worked with some generational talents in Larry Fitzgerald and Antonio Brown. Still, a nobody like Dwayne Bowe recorded over 1100 yards in back to back seasons, including a 15 TD masterpiece, with a bum like Cassel chucking the rock. We can't just dismiss these dominant WR1 performances as "Haley just had the best talent."

Haley clearly has no problem sending massive target shares to his dominant threat, and is very creative in his ways of shaking these guys free. He's moved his top threats all over formations, and uses them in all types of routes. In particular, Haley often peppers his top targets with one-on-one chances in the red area, including Antonio despite his smaller frame.  Haley trusts his playmakers to, simply put, make plays.

As a former WRs Coach, Haley knows how to maximize this particular position, and seems to have a soft spot for his top targets. Of course, no one will say Haley is solely-responsible for monsters like Brown, but the coach himself feels he played an important role in AB's development 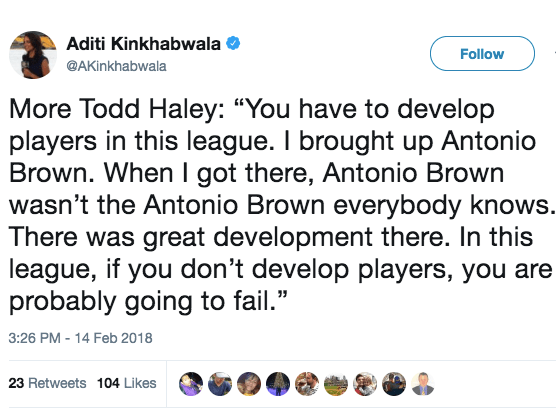 Ultimately, the massive successes of Haley's top wide receivers is not coincidental or simply a matter of having elite talent.  These supreme players have had their best numbers under Haley, and weaker talents still flourished in weak passing attacks. Of all the positions, expect WR dominance to continue. Gordon, still only 27, is composed of elite gifts.

Of course, he's yet to accomplish anything close to Antonio Brown or Larry Fitzgerald career-wise. But in terms of natural ability, Gordon ranks right alongside those two. Thus, if Gordon keeps his head on straight, there's a real chance Haley squeezes the best out of him too. Mayfield's jaw has already hit the ground while watching Gordon, as the QB stated, "I've never seen anybody like him, bar none...He's definitely gifted."

Indeed, Gordon's easy to single out. He stands an imposing 6'3" and 225 lbs, yet glides down the field with Randy Moss-esque ease. His 2013 season, in which he led the league with 1,646 yards, remains impossible to forget -- especially considering this came in only 14 GP, with the 7th-lowest QB rating passer delivering the mail. For perspective, Gordon averaged 22.4 fantasy points per game this season, at only the age of 22, which ranks top-20 among wide receivers all-time.

But 2013 feels like ages ago, and Gordon has only played in 10 contests over the four seasons since, and has yet to flash the truly elite form from that gem year. In his defense, Gordon has been catching passes from little more than garbage heaps in that span, and last year he graded out  as the 11th-best among wide receivers (via PFF) over the final five weeks of 2018. Whether its Mayfield or Taylor delivering the mail, Gordon will be catching passes from by far his most talented signal-caller yet. A return to 1,300 yard, 7-10 TD dominance is fully possible if Gordon wins the clear WR1 role. He'd be peppered with targets, run routes at all levels of the field, and be moved all over the formation. Moreover, Haley will preach the little details and intricacies like footwork and route sells to further develop and refine Gordon's immense natural gifts, in addition to the obvious QB upgrade.

The only concern, then, is if he'll even be his team's top target following the Jarvis Landry trade. How Haley will utilize Landry is a bit of a mystery, as he's never had a skill set quite like this at his disposal. Though Landry lacks the elite speed to truly take the top off a defense, few match his lateral ability before and after the catch. Landry's incredibly dangerous in the short-to-intermediate game, and is among the top WRs at racking up YAC with a running-back type of mindset and physicality with the ball in his hands.

Which might make Haley's past RBs the right position to try and draw conclusions from. Haley has always peppered this shorter layer of the field via his running backs. Talents like Le’Veon Bell and Jamaal Charles have flourished with enormous YAC opportunities, and Landry should find enormous room to feast over the middle with speed demons in Gordon and Corey Coleman outside him.

Landry also really developed his red zone game in 2017. He ranked 6th among WRs and TEs with 23 targets inside the 20, first in receptions (18) and catch rate (78%), and tied for second in TDs (9). Landry was impossible to run with off the line, resulting in all 9 of his TDs coming from 10 or fewer yards out. In words I never thought I’d type, the Browns project to visit the red zone far more often in 2018, giving Landry plenty of opportunities to score. Haley will undoubtedly continue maximizing his ability to shake off defenders inside this congested area.

All-in-all, both Gordon and Landry could top 1,000 yards with health in 2018. Gordon better fits the "Dominant Target Hog" mold Haley has historically peppered outside, but Landry's role could mirror past target hog RBs like Charles and Bell. After his extensive track record producing 4,000+ yard passing seasons, including an Arizona season that saw three wideouts top 1,000 yards (including household name Steve Breaston), Haley inspires faith that both Brown WRs can dominate in 2018.

Even better, the pungent stench that's lingered around Cleveland could make both options screaming fantasy bargains.