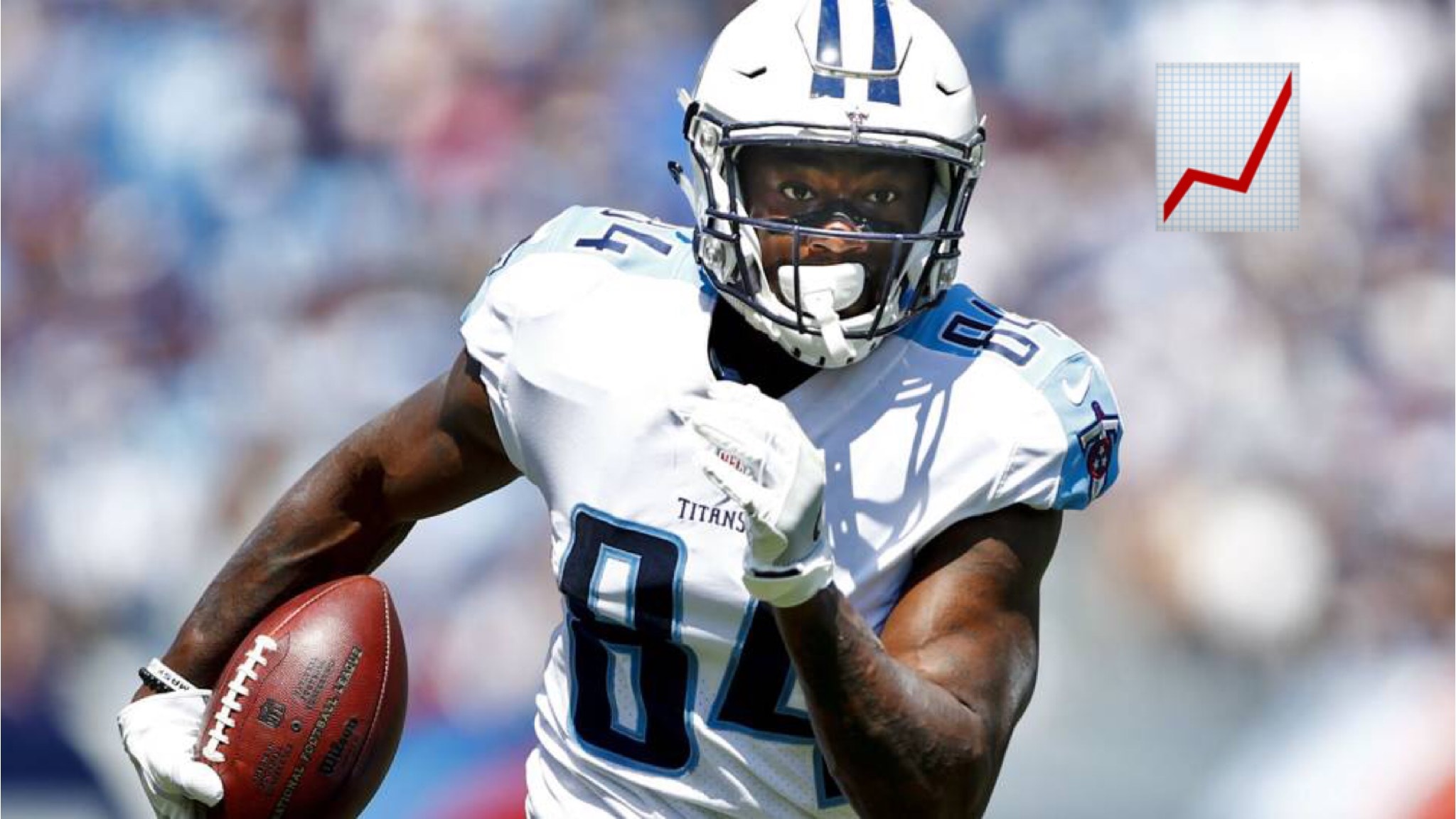 Will Corey Davis be able to build off his great playoff performance?

Corey Davis has been an early star of Titans OTAs, reportedly “catching the ball with ease,” “long-striding all over the practice field,” and “turning up the field” with fiery acceleration. He’s also putting in extra time with Marcus Mariota and at the JUGs machine, clearly committing to his WR1 path. While dominating in shorts shouldn’t be overvalued, Davis is healthy and flashing the “Talent” that made him the No.5 overall pick and potential passing-game centerpiece.

Injuries, inconsistency, and a weak scheme all led to a disappointing debut for Davis in 2017. And while only early June, many of these ailments seem headed for a massive healing in his sophomore season. Flashing full health, Davis has been the receiving focal point early on, flying around the field and especially dominant in the intermediate game and after the catch.

Of course, we’ve seen plenty of “shorts and helmets” all stars that never pan out, and Davis’ track record on the actual NFL field is spotty, at best. Yet, his only flash of brilliance was his most recent — a flat out dominant 98 yard, 2 TD Wildcard performance in which Davis made leaping grabs, one-handed snares, and looked all the parts of a No.1 threat.

Now unshackled from “Exotic Smashmouth,” we could see many repeat performances in 2018. Davis profiles as a near perfect fit for new OC Matt Lafleur‘s expected scheme. Lafleur has been groomed under two of the brightest young minds in Kyle Shanahan and Sean McVay, who’s respective ’16 Falcons and ’17 Rams both led the league in points. Both play callers feature a bevy of intermediate, YAC creating concepts that churn a defense down, before attacking deep for the explosion plays.

Davis is a 6’3″ route-running technician in his break points and releases in college, was dominant after the catch, and has a fast game-speed at every level — his NCAA record 5,285 receiving yards didn’t happen by accident.  If Robert Woods can be the top-scoring fantasy WR for lengthy stretches, Davis should be licking his chops. He’s Woods on steroids, and faces far less competition for looks.

Actually maintaining his health once the pads come on will be the greatest obstacle for Davis to overcome. If he can do so, Davis has the Individual Talent, Usage, Scheme, and Surrounding Talent all now on his side — a recipe for dominant WR1 stats. He truly is capable of an 85 catch, 1,000 yard, 8 TD season, which makes his 85th Overall ADP an insane value.