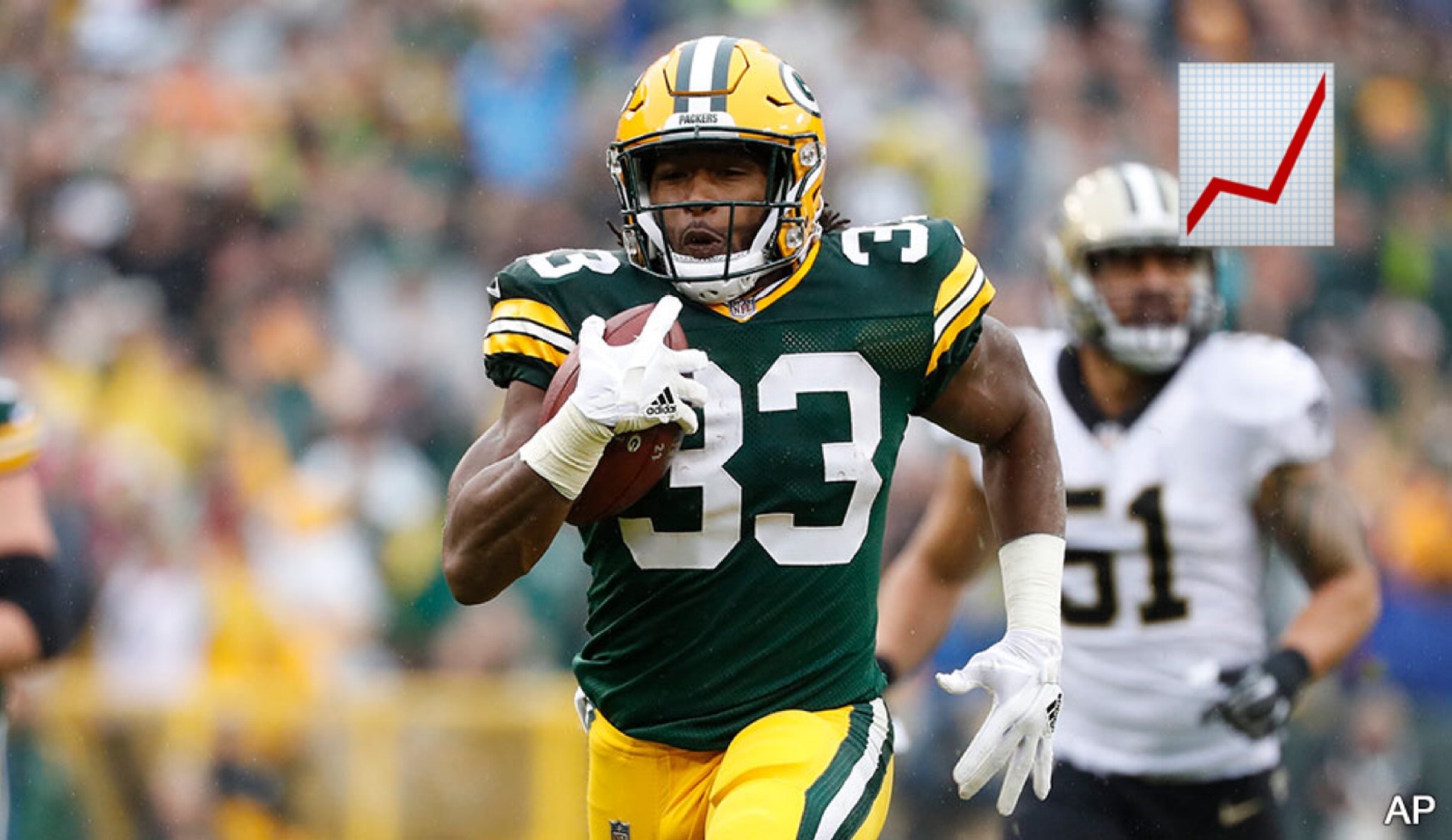 Some may say there's competition in the Green Bay backfield, but Aaron Jones should easily win that job.

Most will call the Packers backfield a Training Camp battle to monitor, but the tape and stats all point to one man: Aaron Jones.

According to PFF, Green Bay backs led the NFL with 2.04 yards before contact on carries in 2017 thanks to superb line play.  Yet somehow, almost miraculously, the team averaged only 3.62 yards per carry. In fact, nearly every RB on the roster was under 4.0 YPC, including Jamaal Williams (3.6) and Ty Montgomery (3.8).

Everyone, that is, except Jones.

In fact, Jones and his 5.5 YPC led the NFL in terms of Individual YPC versus Team YPC Differential. Moreover, Jones ripped a 15+ yard run on every 10.1 carries… while Williams had one 15+ on all 153 of his totes. Jones’ six runs of 20+ yards were more than LeVeon Bell, Leonard Fournette, and even Alvin Kamara, on a third (or even quarter, compared to Bell) of the attempts.

Unfortunately, the injury imp bit, and a hampered Jones was a non-factor the rest of the season while Williams slugged his way to strong fantasy production thanks to insane volume.

Still, Jones flashed by far the most upside here. Despite a clear path to lead back duties in an Aaron Rodgers attack, Jones is insultingly going as the 86th overall pick and RB36. Let others believe this is a committee and competition, and go with the guy who’ll be dominating come midseason.