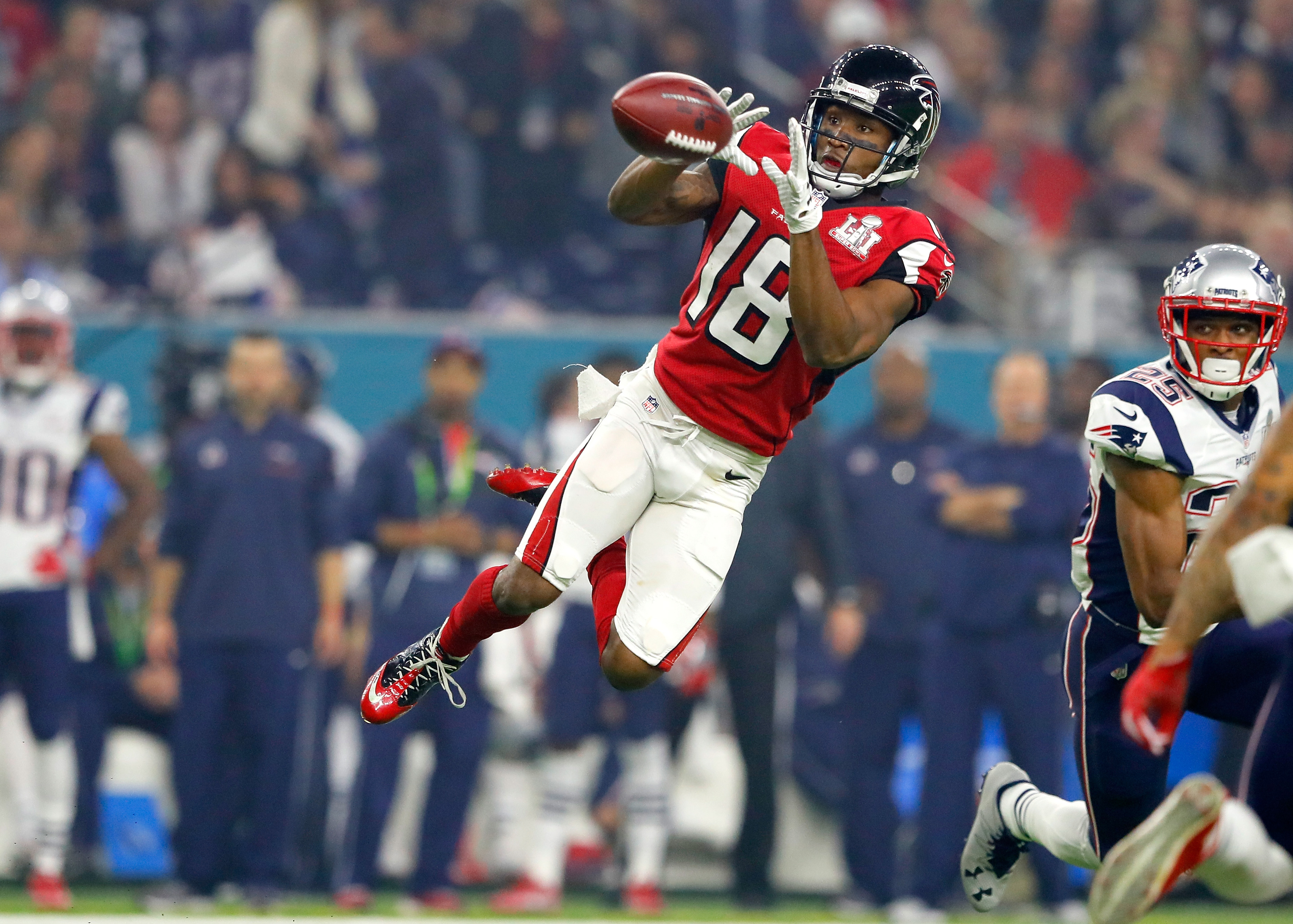 Bears GM Ryan Pace was adamant about fixing his team’s depleted receiving corps, and he did just that during free agency. He added the No. 1 receiver in the class, Allen Robinson, the most athletic tight end with tremendous upside in Trey Burton and then a speedster to take the top off the defense in former Falcons wide receiver, Taylor Gabriel. Like the rest of the receivers who signed early, Gabriel was paid a pretty hefty four-year, $26 million deal, with $14 million guaranteed.

Back at the NFL Combine, Pace talked about Mitchell Trubisky’s potential second-year leap, but harped on the importance of improving the receiver position:

“The receivers position, as we’ve talked about a lot today, is a need position for us. Unfortunately, we have a lot of injuries there, so we’re kind of assessing where each one of those guys are in their rehab and then also looking to see what our options are as we go into the draft and free agency.”

Although Gabriel has yet to eclipse 36 receptions in a season, he’s one of the better pure deep threats in the league. He was instrumental during the Falcons run to the Super Bowl in 2016 when he racked up 579 yards and six touchdowns on only 35 receptions — a 16.5 yards per reception average. Gabriel’s speed on the outside opened things up for the rest of Kyle Shanahan’s offense, and it’s not a coincidence that Matt Ryan had his best season in 2016.

Although I mentioned earlier in the offseason that I am not high on Trubisky as an elite NFL talent, he does possess elite arm strength that should take advantage of Gabriel’s track star speed. If you look at Matt Nagy’s Chiefs’ offense, most would equate Gabriel’s skill-set with Tyreek Hill, but he might be closer to the untapped talent that was Albert Wilson. In fact, the Bears tried to sign Wilson, but the Dolphins vastly outbid them.

Sam Monson of Pro Football Focus wrote a piece basically saying that Wilson needed to get away from Hill, due to the fact that Nagy drew up a bunch of deep shots for Hill, but Wilson possessed similar attributes to Hill.

“The place that [Tyreek] Hill’s presence really showed up was in limiting the opportunities [Albert] Wilson had to make an impact deep down the field,” wrote Monson. “Hill was targeted on deep passes (20-plus air yards) 24 times over the season, while Wilson had the next-highest figure (five) among Chiefs wide outs. If he lands with a team that gives him a chance to be a bigger factor in the offense – and his former offensive coordinator is now head coach of the Chicago Bears, who desperately need receiver help – he could break out into a much more significant threat.”

I initially felt that Gabriel would take a big chunk of Tarik Cohen’s touches, but I’ve had a change of heart. Gabriel and Cohen can definitely co-exist together and potentially thrive together. Nagy and Helfrich are going to move both speedsters around the offense and use their elite athleticism to keep defenses on their heels. Cohen will be used on jet sweeps, screens and misdirection, while Gabriel will mostly be used vertically.

One player who will especially benefit from Gabriel’s speed is Jordan Howard. Howard went from being the focal point of every opposing defense, to now potentially being an afterthought. Defenses are going to have to worry about misdirection with Cohen, the speed of Gabriel, the well-rounded game of Robinson and the athleticism of Burton in the passing game — then get bowled over by Howard in the run game.

Overall, Gabriel will still be a boom-or-bust fantasy prospect, but his ability to take the top off the defense will open things up for the rest of the offense. This Bears offense is dripping in fantasy football upside.