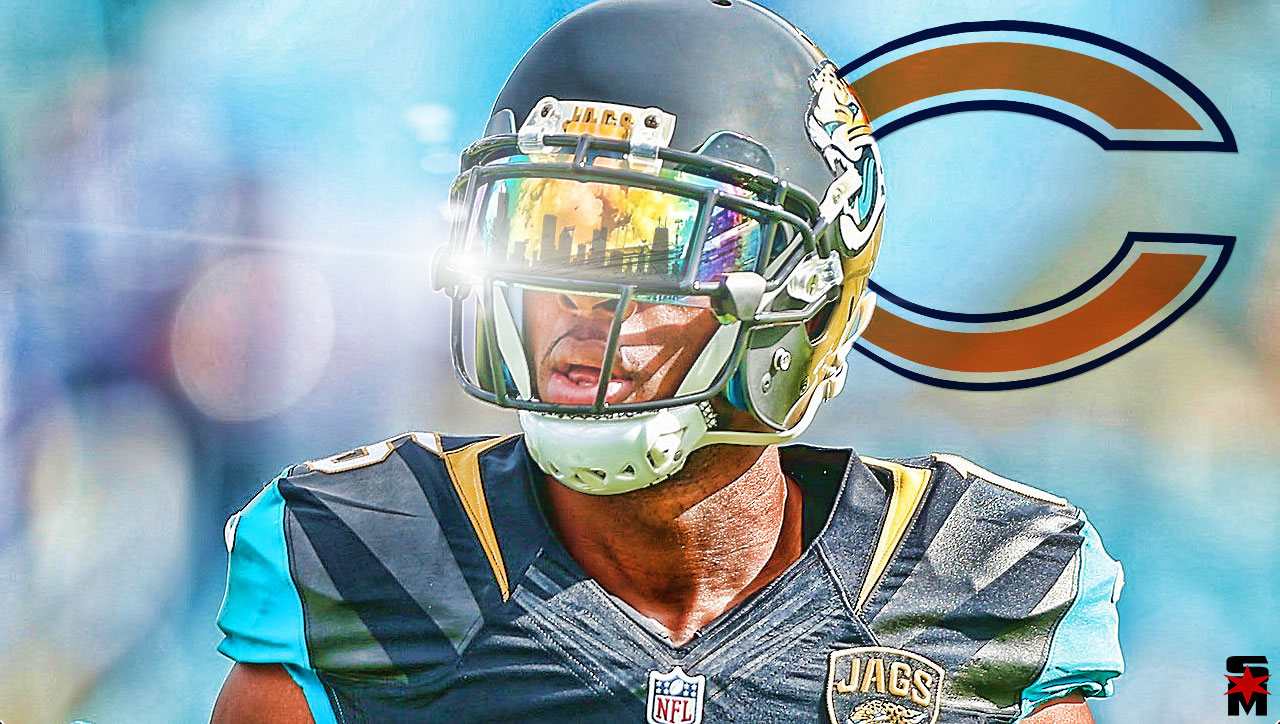 Allen Robinson has landed in Chicago, creating huge fantasy implications for himself, Mitch Trubisky, and the running game. Learn all now!

Allen Robinson have agreed to a three-year, $42 million contract, with $25 million guaranteed. Despite coming off a torn ACL in 2017 and underwhelming 2016, the Bears clearly have faith that Robinson can regain his dominant WR1 ways. Regardless, the Fantasy Football implications of the move are massive, and the landing spot is surprisingly intriguing.

Allen Robinson escapes Bortles + a run-heavy scheme to play under an ascending QB and play-caller.

Robinson brings “Alpha WR1″ size (6’2”, 220 lbs) and leaping ability (39 inch vertical) to the table, even if his long speed is a bit lackluster (4.6 forty). With over 200 targets and 2,000 air yards are available from last year, Robinson should immediately slide into the top WR role and command 130+ targets.

Which is perfect, because new HC Matt Nagy and OC Mark Helfrich form one of the most creative, promising young coaching tandems in the league. Nagy hails from Andy Reid‘s “West Coast” offense that features high-percentage, horizontal-based routes like slants, digs, and drags. The receiver needs to reliably snag the ball,  consistently get open in the short game, and then rip down the field with YAC abilities.

Robinson checks off all those boxes and then some. He frames up defenders well with his size, and can be a powerful tackle breaker with the ball in his hands.

He’s also far more than just a short-to-intermediate threat. Even with slower “timed” speed, Robinson can get downfield in a hurry, and plays faster than a 4.6 suggests. His long strides create a deceptive speed that often leave defenders in the dust. In fact, in 2015, Robinson led the NFL with his 19 catches for 672 yards on passes that were thrown over 20 yards. This is ideal, as Nagy loves to mix in plenty of vertical routes into his Wet Coast scheme.

With a full-route tree at his disposal, and a play caller to maximize his talents, Robinson should approach, if not surpass, 100 catches.

Especially with the ascending Mitch Trubisky at QB. No one would call Trubisky’s rookie year a major success; still, the North Carolina product flashed his big arm when afforded the chance, posting the third best QB rating on deep balls, behind only Alex Smith and Matthew Stafford. Meanwhile, Oregon Guru Charles Fischer believe Helfrich (former Ducks’ head coach), is a QB whisperer who will be instrumental in Trubisky’s development, as he was for Marcus Mariota. If Robinson is capable of 1,400 yards and 14 TDs with Blake Bortles, he can perform at least similarly with Trubisky.

All-in-all, the Bears present the perfect combination of Opportunity, Coaching Scheme, and potentially Surrounding Talent to allow Robinson to return to his WR1 yesteryears. There’s certainly risk after an ACL Surgery and a down year, but greatness has been flashed before, and he’s in the set up to return to those glory days.

Trubisky has seen his targets go from… who? A banged up Cameron Meredith and Kevin White? To now sporting a dominant Alpha Target Hog in Robinson, the incredibly fast Gabriel, and the intriguing, big-bodied Burton.

Even before these enormous Surrounding Talent upgrades, Trubisky was trending upwards solely because of his new coaching staff. As described by Charles Fischer:

“I think he [Mark Helfrich] can help Trubisky enormously in terms of reading defenses, mechanics, and especially the right attitude towards the big plays and the big games. Mitch is perfect for what Helfrich wants to do. You’ve got to have a good arm to develop into a top-end NFL quarterback, and he has that. But you also need enough speed for the occasional scramble or zone read.”

Now, Trubisky has all the pieces in place to take that next step. None are more important than Robinson, who can “climb the ladder” on errant throws and make his QB look far better than he may be. Trubisky’s case as 2018’s Jared Goff continues gaining steam, and he’ll be one of the highest-upside QB2 targets for the later rounds.

Robinson has both the length and size to dominate on the perimeter blocks. This is crucial, as a Nagy / Helfrich offense projects to use plenty of counters, tosses, and screen passes to get explosive players like Tarik Cohen on the outside of the defense.

Robinson can also feast on most single coverage assignments, making it difficult to leave defenders stacked in the box, and thus opening up the running lanes. With the middle of the field more opened up, Cohen and Jordan Howard continue ascending.

While I’m a major fan of Meredith (same can’t be said for White), the competition for targets went from zero to hundred real fast. Meredith plays almost like a poor-man’s Robinson, and while he may still carve out a steady role and be a useful real life player, the volume simply won’t be there.

Meanwhile, Robinson and White’s signings almost assuredly signal the end of the failed Kevin White experiment. Despite all the natural gifts, White’s never been able to maintain health or consistency, and is likely headed to the waivers. If not, he’ll rot as the, at best, fifth option here.

Allen Robinson lands in arguably the second best spot. The path to 130+ targets is clear, and those looks should be highly creative under Matt Nagy and Mark Helfrich. Meanwhile, Mitch Trubisky continues ascending, as he now has an Alpha WR1 to target when in trouble, one who can get open at every level of the field. Especially vertically, Trubisky and his third-best rated deep ball will benefit from Robinson’s sneaky deep dominance — he led the league in yards of 20+ pass plays in 2015. Trubisky is one of the premier QB2 targets of 2018. Lastly, the run game should only benefit from an improved overall offense that’ll offer less stacked boxes and more scoring opportunities. Robinson is also a willing blocker with his long, strong body, which should spring plays in space for explosive players like Tarik Cohen and Taylor Gabriel.