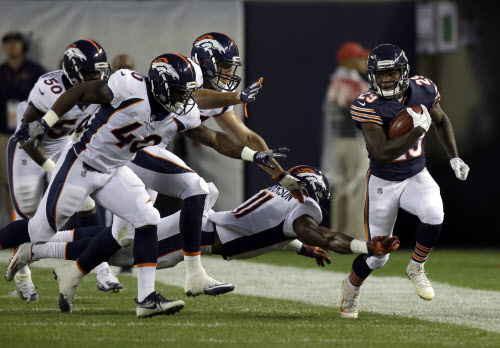 "The Human Joystick" was built for Mark Helfrich's offense.

“Obviously, [Mark] Helfrich liked to attack a Cover 2 sending the wide receivers deep and then send the running back in behind them in a wheel route. That also depends on the skills of the running backs. So, I would say the vision and the ability to catch the ball is going to be the most important components for a running back in this offense.”

Take your football mind back a few years ago when Chip Kelly was busting scoreboards at Oregon. You don’t need to necessarily be a college football guy to remember the explosive Oregon running backs such as LaMichael James or De’Anthony Thomas. Especially Thomas, who could take a swing pass 70 yards or see a crease in the zone read and take it to the crib. 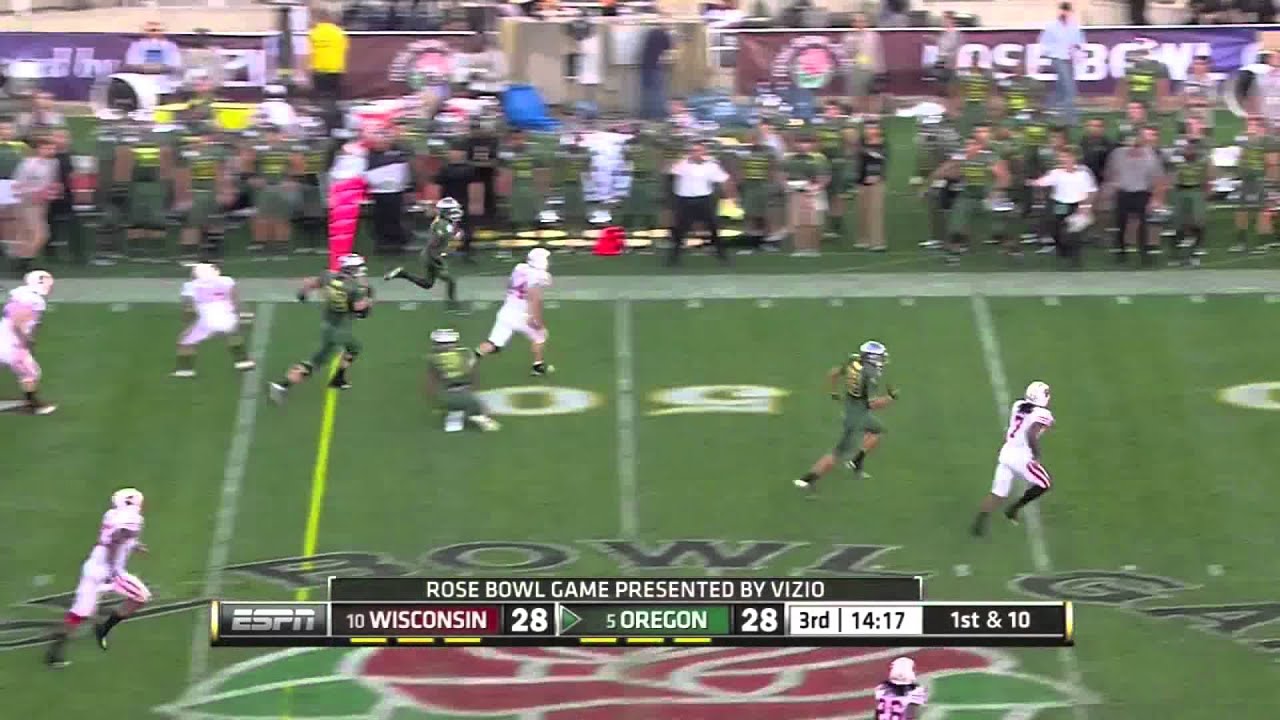 Well, enter Tarik Cohen. He’s the Bears’ version of the “Black Mamba,” who actually had a better rookie season than any of Thomas’ seasons in the league.

Cohen, also known as “The Human Joystick,” was selected by the Bears in the fourth found of last year’s draft, after dominating FCS football at the tiny North Carolina A&T. Although FBS schools shied away from his size (currently 5-foot-6, 181 lbs), he was able to set just about every single rushing and touchdown record at North Carolina A&T and the MEAC conference.

Although he did not receive any FBS offers, his dominance at the FCS level earned him an invitation to the NFL Combine, where he put on a show for scouts and general managers. He recorded a lightning quick 4.42 40-yard dash and a 31.5 inch vertical. Unfortunately, he was unable to do the quickness drills, but the Bears saw enough to take him 119th overall.

He went under the radar throughout training camp to most, but good thing The Wolf has an eye for talent. Way back in August, he wrote this about the little scatback. “If Cohen truly receives 8-12 touches per game, he is going to net worthwhile flex production, at least. Expect Cohen to be among 2017’s most popular waiver pickups. This guy can ball.”

And boy did he ball.

In Week 1, Cohen exploded for 113 total yards, eight receptions and a touchdown. He followed that up with 24 receptions through his first four games. Sure, he fell off a bit after that, but that was primarily due to conservative play calling to protect a rookie quarterback.

With both Matt Nagy and Mark Helfrich in the picture, Cohen looks like the skill player who could benefit most from this creative offensive staff. Nagy turned Tyreek Hill, a player with a similar skill set to Cohen, into a legitimate No. 1 fantasy receiver. And while at Oregon, Helfrich was the offensive coordinator who found ways to get the most out of little scatbacks. As noted during our talk with Oregon Ducks guru Charles Fischer, Helfrich prefers a one-cut running back who can also catch, over just a straight up power back.

Although Jordan Howard possesses plus-vision and is a one-cut runner, Tarik Cohen is the one who has the total package for Helfrich’s offense. It shouldn’t surprise anyone if they move Cohen around and he sometimes finds himself in the slot. They’re going to want to maximize his speed and quickness by getting him the ball in space to make plays.

Cohen has the skill set and potential to be a legit PPR force in 2018, and I’m sure Nagy and Helfrich are in the lab creating ways to get “The Human Joystick” the football.