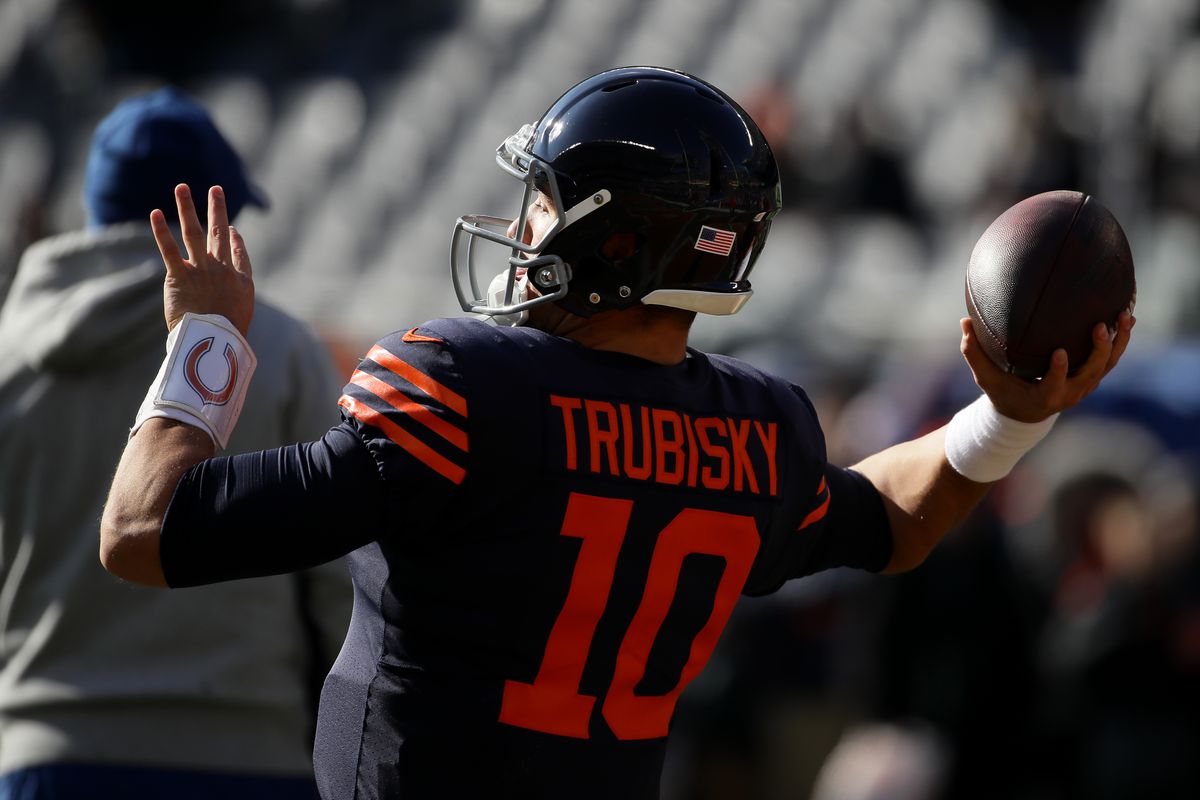 “I think he [Mark Helfrich] can help Trubisky enormously in terms of reading defenses, mechanics, and especially the right attitude towards the big plays and the big games. Mitch is perfect for what Helfrich wants to do. You’ve got to have a good arm to develop into a top-end NFL quarterback, and he has that. But you also need enough speed for the occasional scramble or zone read.”

HOLD UP. I know what you’re going to say. “But CJay, Mitch Trubisky sucks.” I know he does, and I’m personally not that high on him as a talent. I think if you have trouble beating out Marquise Williams at North Carolina, it’ll be tough to be a top NFL quarterback.

But hear me out for a second. Or how about you listen to Oregon Ducks guru, Charles Fischer gush over new Bears offensive coordinator Mark Helfrich for 35 minutes.

Helfrich is going to take what Trubisky brings to the table: his size, speed (4.60 40-yard dash) and plus-arm strength, and get the most out of that skill set. Trubisky definitely showed flashes of upside as a passer and his legs will allow him to do some damage in the zone read. Him and Matt Nagy are going to put him in a position to succeed — which is what we saw Nagy do with Alex Smith.

As noted above in the Pro Football Focus infographic, noodle-armed Alex Smith was finally able to break the shackles off under Nagy, and pushed the ball downfield at a much higher clip than ever before. “Mr. Checkdown” utilized the Chiefs speed on the perimeter and made opposing defenses pay.

“One of the biggest stories of the 2017 season, Smith became a big time throw machine, posting the highest percentage of his career and ranking fifth in the league at 6.04 percent. There were some schemed up opportunities for those big plays, but it was a different feel to Smith’s game this season, as he took chances into tighter windows and the aggressiveness paid off. From downfield touch to a great feel for throwing well-placed passes over the middle, Smith was one of the best big play throwers in the league in 2017.”

We can only hope that Smith’s aggressiveness will be brought over with Nagy and be injected into Trubisky. Last season, Trubisky only went deep on 9.1 percent of his attempts, which was the fourth-lowest in the league, per PFF’s QB Annual.

Now, it would be smart for the Bears to target a legitimate deep threat in free agency and add some talent on the perimeter in the draft. The Bears could target the likes of Calvin Ridley in the first round or Christian Kirk, DJ Moore or James Washington in the second.

Overall, we aren’t here to tell you to take the Bears’ quarterback as your QB1. After all, he’s currently The Wolf’s QB22 for 2018. All I’m saying is that there should be improvement in year two under these two new brilliant offensive minds, and if they add some weapons around him, he could be a deep sleeper option at the end of your draft.