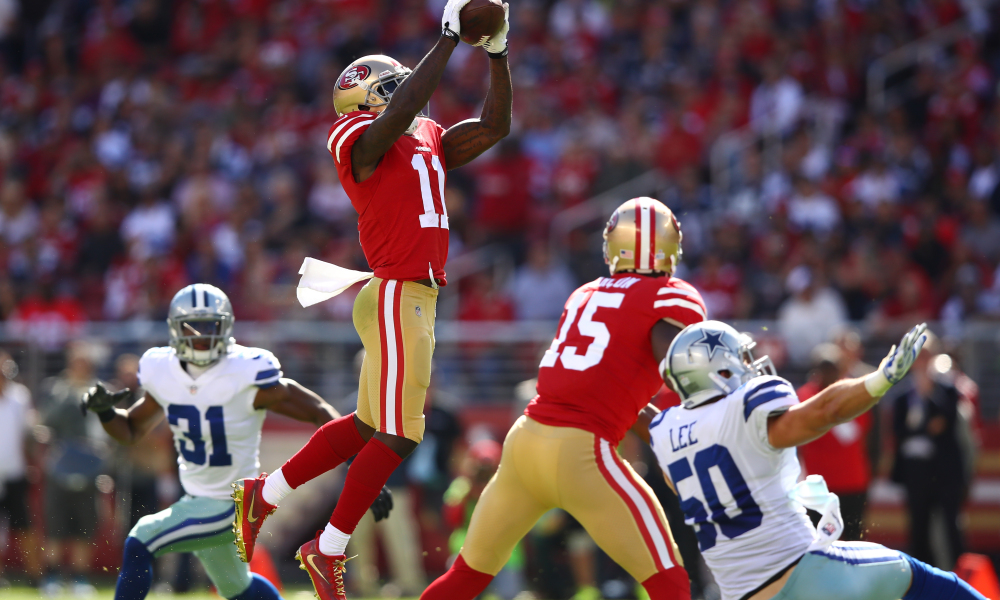 Scour the waiver wire to prepare your team for the semi-finals.

I’m back! After a brief hiatus due to equipment issues I return once more to suggest some sneaky stashes. By “equipment issues” I mean my dog took a hefty bite out of my laptop screen whilst I was traveling. I like to think a picture of a burglar was left up and he was just being a good boy. Regardless, for better or worse, I apologize for my lack of guidance.

It’s playoff time. If you made the post season, congratulations. You are now one big step closer to being able to tell the rest of your league to bow down to their Superior Fantasy Overlord (insert name here). If you couldn’t reach the playoffs this year there is still pride to play for. While a championship is beyond your grasps, let’s at least avoid finishing the season in last place.

No matter what you have left to play for, success can be found by planning ahead. Though the free agent pool at this time of year is pretty bare, I managed to identify a few players who hold future value. Rather than risk being outbid on the waiver wire, go ahead and stash these players away at the end of your bench.

The Seahawks seem to be throwing running backs at the wall to see who sticks and right now its Mike Davis’ turn. The third-year rusher from South Carolina proved serviceable last week against Philadelphia’s stout front, racking up 101 yards on twenty touches. What’s more impressive is he was on the field for 73% of Seattle’s offensive plays, out-snapping the next Seahawk running back by 36 snaps. Next week Davis faces a Rams defense that has allowed the second (standard) and third-most (PPR) fantasy points to opposing backfields. This game will be played in Seattle, where the Seahawks are averaging 4.4 yards per carry, as opposed to 3.3 YPC on the road this season.

Once Pierre Garcon was placed on IR with a season-ending neck injury, Goodwin was vaulted to the top of the depth chart. The former Olympian has taken a big leap in production, averaging 82 receiving yards per contest in his four games post-Garcon. Last week Goodwin made a career high eight catches in his first full game with recently acquired quarterback, Jimmy Garoppolo. Next week the 49ers are at home to take on a Titans defense that has surrendered the ninth (standard) and seventh-most (PPR) fantasy points to opposing receivers. Illustrated by his 19.3 yards-per-catch average and his 83-yard touchdown reception against the Giants, Goodwin is a threat to score on every snap.

Don’t look now but Bortles has scored over twenty fantasy points (standard/PPR) each of the past two weeks. Over that time the previously proclaimed bust has accumulated 469 yards and two touchdowns through the air, while adding another 89 yards and two scores on the ground. While I’m not suddenly ready to deem Bortles a franchise quarterback, the fourth-year player does seem to be elevating his play with the improved talent around him. Bortles has an enticing schedule moving forward, facing the Texans and 49ers in weeks fifteen and sixteen. Those teams have given up the second and third-most fantasy points to opposing quarterbacks this season.

Over the past two weeks Buffalo has held the third (NE) and sixth-highest (KC) scoring offenses to a combined 33 points. Next week Miami will bring their 26th ranked scoring offense (17.4 PPG) up to Buffalo, where the Bills are currently paying fans $11 an hour to shovel snow from their stadium. The Dolphins have registered the fourth-fewest yards (292.6 YPG) this season, and have accumulated the third-most turnovers (23).