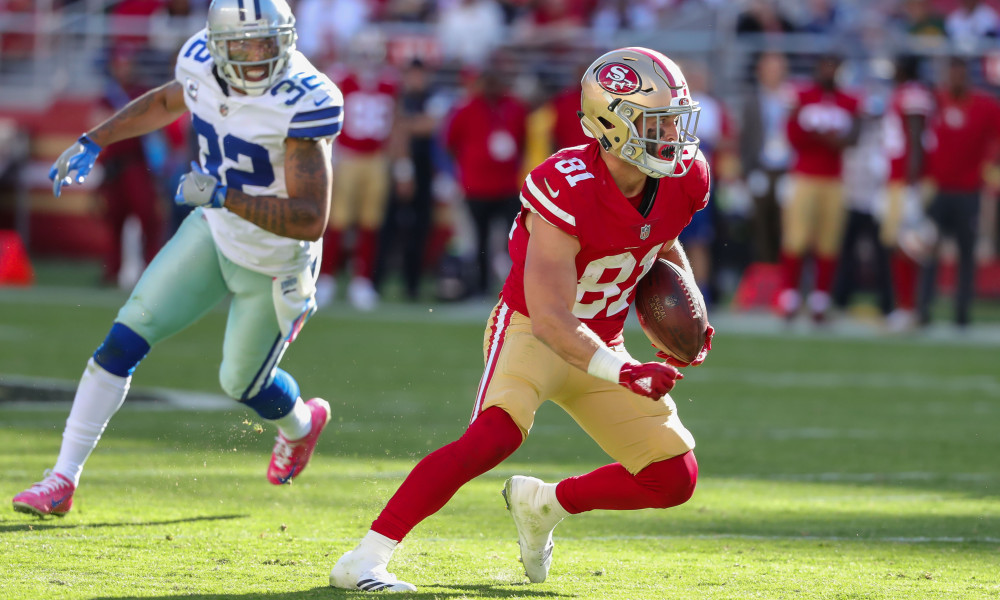 We've uncovered a few advanced statistics that could win you your playoff game.

We decided to make our site nerdier by acquiring a Pro Football Focus Elite account (H/T JimboSlice’s black card), and it’s safe to say it’s life changing. We are slowly becoming millionaires on DraftKings because of it, and our big brains are getting even bigger.

Here are some of the key stats that we uncovered on Pro Football Focus this week, and if you want more stats like this, you should buy yourself a subscription. It’s worth every penny.

Fool me once, shame on me. Fool me twice, shame on you. Fool me 13 times… I should kill myself. BUT, this is the week. After out-snapping LeGarrette Blount and the rest of the Eagles backfield in last week’s loss against the Seahawks, it looks like things are trending upwards for fantasy football’s biggest bust. This week, the matchup is there with the Rams surrendering three straight 100-yard rushers and four touchdowns on the ground during that span.

Jimmy G is my streaming quarterback of the week, and I’m glad I have the big brains over at PFF on my side. The Texans have allowed the second-most fantasy points to quarterbacks, the third-highest yards per attempt and the third-most touchdown passes. Expect Garoppolo to shred this defense and pepper both tight ends, along with Marquise Goodwin and another receiver that I’ll talk about below.

Josh Gordon is back and looked very, very good in his debut. He was targeted 11 times by Deshone Kizer, and finished with four receptions for 85 yards. Luckily, he’ll square off against a leaky Packers secondary and will see a lot of Damarious Randall, who has allowed 66 percent of his targets to be caught this season.

The Rhodes will be closed for Devin Funchess

Other than his one poor game against Marvin Jones — who has feasted on tough corners all season –, Xavier Rhodes has dominated this season. Funchess is Cam Newton’s only real option on the perimeter now, so it’s likely that Rhodes will shadow Funchess all afternoon. Last week, Rhodes held Julio Jones to only 26 yards on two catches, while only being targeted five times in the process. Sorry, but Funchess should not be in your lineup this week.

Jimmy G has found his Julian Edelman in San Francisco. Standing at 5’9 and 174 lbs, Trent Taylor fits the mold of the Edelman/ Wes Welker type. Last week, he caught all six targets and finished with 92 yards in the process. He faces a bottom-10 defense in fantasy points allowed to wide receivers and will get a heavy dose of Kareem Jackson, the 13th worst graded corner by Pro Football Focus. If you need a Hail Mary at the Flex position, Taylor is your guy.