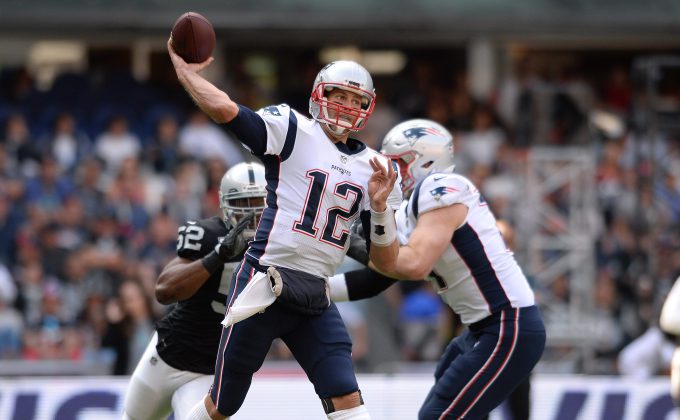 For many, this is essentially a playoff week. Make your dreams come true and spoil your leage mate's with the best rankings out there.

This is it, folks. Playoffs, First Round Byes, and Last Place Punishments are all on the line. The one week where a single mistake could cost you everything, while the right call brings you the world.

As light at the end of the Fantasy Football draws depressingly close, the turned up stakes make these following weeks among the greatest of the year. Make sure you’re celebrating by getting that lineup right with our Week 13 Rankings.

To make sure you’re ready to go, we want to hit every single fantasy dilemma that has been known to man. Hit me up on SnapChat or Twitter @RotoStreetWolf with any and all quandaries. Plus, be sure to tune into our 11:30 AM EST Facebook Live “Fantasy Football Week 13 Preview” Broadcast to have your question answered live.

Lastly, these Week 13 Fantasy Football Rankings will be updated on a rolling basis throughout the week.  As a Scoring Reminder, they are based on 1/2 PPR, 4 Pt Passing TD Scoring

FWIW – text from one source today: “Hue Jackson has a load of plays set up for Josh Gordon and has limited other WRs from a designed play standpoint.” Will be interesting.

At this point, if I was ever considering him, it’s time to lock it in. The upside is too astronomical, especially if he’s getting funneled looks. It’s tough to trust anything Hue Jackson says, but if it’s already a why not type of WR3 day, then go with the one who could be today’s top scorer.

Lots of QB updates, with Jameis Winston and Jay Cutler confirmed for Week 13, while Eli Manning has been benched. Implications:

A) Winston, if healthy, should provide a spark to this aerial attack against a porous GB secondary. In particular, DeSean Jackson gets a decent bump up with Winston likely slinging it to prove his worth after a tumultuous Year Three campaign.

B) Cutler’s presence boosts Devante Parker quite a bit, who also might break free a bit with Aqib Talib suspended.  Chris Harris will presumably be on superstar Jarvis Landry, making Parker sneaky attractive in this matchup now. Meanwhile, Kenny Stills takes a massive stock drain. He could still get deep against this banged up secondary, but Matt Moore was his boy. Parker is definitely the preferred options for Week 13.

C) While Eli Manning sucks, we at least knew his favorite targets and tendencies. Geno Smith is a complete unknown, outside of brutal starts in New York. He probably isn’t much worse than Eli, but Sterling Shepard has to be treated with more caution — he was a true target hog in his games as the Alpha No.1, and no longer is a guarantee for this volume.