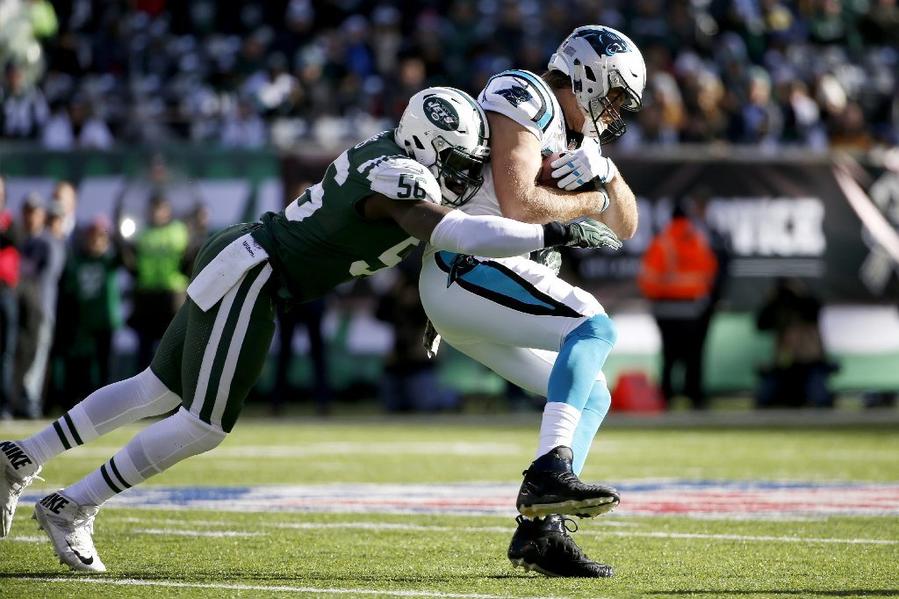 Panthers said Greg Olsen has a foot injury and will not return today.

The return of Greg Olsen did not last long, as he was forced to exit the game after he aggravated the same foot that he broke earlier in the season. Luckily for Olsen and his owners, head coach Ron Rivera said after the game that the foot was sore and he could have possibly returned to the game. This is common with foot injuries, since we saw the same thing happen to Julian Edelman two seasons ago, where he thought he re-broke his foot, but it was just scar tissue building up. We’ll keep you updated with Olsen’s status throughout the week.

Amari Cooper (concussion) has been ruled out for the rest of today's game.

Amari Cooper ran his best route of the season on the goal line to get an early touchdown, but was unfortunately knocked out of the game after a brutal collision with a Broncos’ safety. A cart was brought out for Cooper, but he elected to walk off gingerly under his own power. With Michael Crabtree likely suspended for next week’s matchup against the juicy Giants secondary, Cooper could make a real impact if he is able to suit up. If not, Cordarrelle Patterson and Johnny Holton would possess streaming ability, while Jared Cook would be an excellent option at tight end — especially in DFS.

On the play he suffered a concussion Sunday, Raiders WR Amari Cooper also sprained his ankle, per source. To play Sunday vs. Giants, Cooper will have to clear concussion protocol and recover from sprained ankle.

#22 RB Doug Martin is OUT for the remainder of the game with a concussion.

Doug Martin’s extremely disappointing season continued when he suffered a concussion late in the first half, forcing him out of the remainder of the game. Martin was one of our biggest busts of the preseason, when we said he had legitimate RB1 potential. Instead, he hasn’t done shit to justify our lofty standards. Jacquizz Rodgers is owned in only 7% of leagues and is definitely worth a look on the waiver wire for next week’s matchup against the Packers.