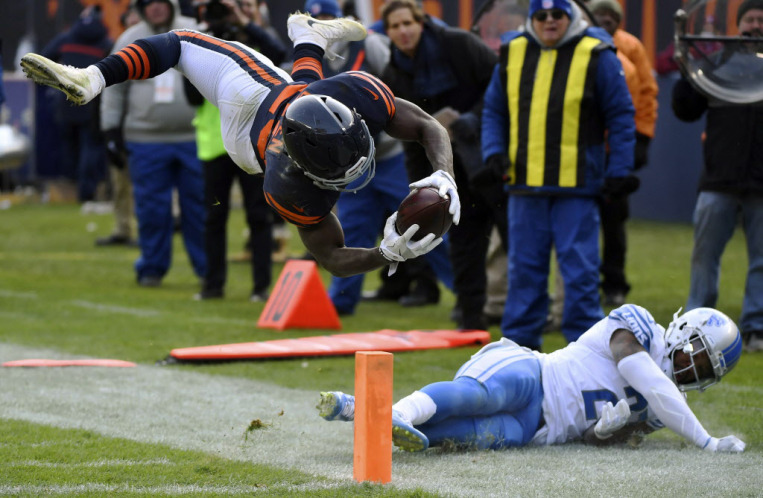 Hit the waiver wire before next week.

For many, next week is the last week of fantasy football’s regular season. Whether you need a win to reach the playoffs, or you are simply looking to load up for a championship run, the moves you make over the next couple weeks will make or break your fantasy season.

I’m being brutally honest when I tell you that pickings were slim for this week’s stashes. A big part of that is due to six teams playing on Thursday for Thanksgiving. Since they have already played their week twelve game, players from the Lions, Vikings, Cowboys, Chargers, Giants and Washington will only be available through waivers on Wednesday.

Nevertheless, I found players from the remaining 26 teams who will have value in week thirteen. Only the foolish would gamble the fate of their team’s future on the waiver wire. With the margin for error being pencil thin at this point in the season, stash away next week’s stars today before they are gobbled up.

After a hot start to the season, Cohen’s production had tailed off as of late. That was until he turned his thirteen touches into 59 yards and a touchdown last week against Detroit. Those thirteen opportunities were the most the rookie had seen since week six. Next week he’s at home to face a San Francisco defense that has allowed the most fantasy points to opposing backfields this year (PPR & Standard). The 49ers are giving up the most rushing yards per game (133.5), and the third-most points per game (26) this season. Stash away this playmaker for his tantalizing week 13 matchup.

Last week Booker led Denver’s backfield in snaps (48) and touches (19) for the first time this season, while racking up 98 yards from scrimmage. Tomorrow he plays an Oakland defense that has allowed the fourth-most points to opposing backfields in PPR leagues and the seventh-most in Standard leagues. A breakout game from Booker could make him a hot commodity on the waiver wire this week. Add him now to ensure he’s on your roster for week thirteen when he plays a mediocre Dolphins defense. The 4.2 yards per carry Miami is surrendering is the eleventh-most in the NFL.

Life without Deshaun Watson has been rough for Fuller. After posting seven touchdowns through his first four games with the quarterback, Fuller has been held to four catches for 47 yards and no scores in two games with backup Tom Savage. To make matters worse, Fuller missed last week’s contest with a rib injury and is questionable to play in tomorrow’s game versus the Ravens. However, Savage is coming off the best performance of his career, completing over 68% of his passes for 230 yards and two touchdowns against Arizona. Fuller is expected be healthy by next week’s game against Tennessee, who has allowed the fifth-most fantasy points to opposing receivers this season (PPR & Standard).

This third-round pick from Eastern Washington has impressed as a rookie, catching multiple passes in every game to begjn his career. Kupp is averaging more than seven targets per game over the past four weeks. That number should go up with lead receiver, Robert Woods, expected to miss multiple games with a shoulder injury. Next week Kupp faces a Cardinals defense that has surrendered the sixth-most (Standard) and eighth-most (PPR) fantasy points to opposing receivers. The 24 year-old hauled in four passes for 51 yards and a touchdown during his first run-in with Arizona.

Next week San Francisco and newly acquired quarterback, Jimmy Garoppolo, will travel to Chicago to take on the Bears. When exactly Garoppolo makes his first start as a 49er is up in the air, but learning Kyle Shanahan’s system has proven to be a difficult task. Last season’s MVP, Matt Ryan, threw 21 touchdowns passes against sixteen interceptions in his first season in Shanahan’s offense. Without Garoppolo San Fran has scored the fifth-fewest points (17.4 PPG), allowed the fourth-most sacks (32) and registered the eighth-most turnovers (16). The Bears’ defense has allowed just 18.5 points a game over their past six contests, and has the fifth-most sacks in the league (29).