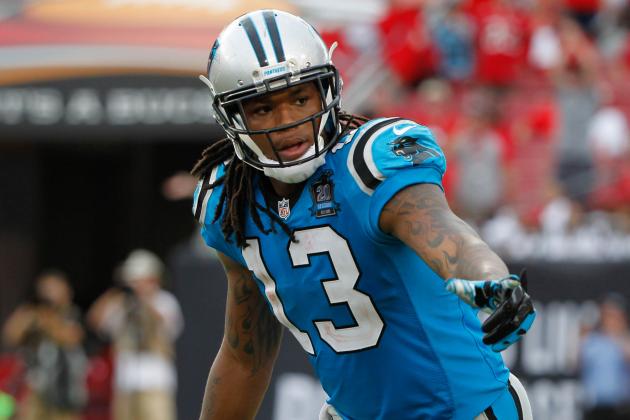 Trade Deadline Day began with a bang with Jay Ajayi being shipped to Philadelphia, a far juicier fantasy spot. The rest of the day was full of puff and fake news, and seemed destined to end with nary a whimper… until Kelvin Benjamin was shockingly shipped to Buffalo. Shockwaves have been sent through the Rotosphere, let’s pick up the pieces:

We’ve been raving about Taylor’s incredibly soft second half schedule since Aaron Rodgers went down, and he’s delivered thus far. With a monstrous new red zone target at his disposal, Taylor will continue to exploit the 1st easiest schedule for more 20 FP outings. Treat him like a top-10 option moving forward.

Benjamin himself seems in a similar position: the top wideout option in a run heavy attack. However, there’s room for optimism here. Rich Dennison hails from the “Shanahan Tree” of peppering his X-Recievers with targets, but hasn’t had the proper weapon to execute. Benjamin is the exact big-bodied mold that has thrived in this attack, and should see his volume increase with a QB who’s unafraid to air it out. With LeSean McCoy crushing it, the play action / bootleg game will be as strong as ever, leaving Benjamin room to feast on 1-on-1 coverage. There’s always concern with QB-WR chemistry, but the matchups are ripe (1st easiest among WRs) for some stretch run domination if he catches on quick:

LeSean McCoy should only benefit from another strong weapon being added to the arsenal. The offense will move more efficiently, and boxes cannot be stacked with a terror like Benjamin streaking down the field.

Otherwise, you shouldn’t have cared much about the other wideouts (Zay Jones, Jordan Matthews, Andre Holmes). Their minimal value is diminished even further. TE Charles Clay will likely take a solid dip in targets, especially in the red zone, and is no longer a recommended stash.

Devin Funchess drips in WR2 upside as the new No.1:

By default, Devin Funchess ascends to the top wideout role. Cam Newton loves giving his big wideouts jump ball chances in the end zone, and Funchess should see plenty more with Benjamin now removed. Though not quite as juicy as Benjamin’s slate, Funchess has the 4th easiest schedule and offers some high-end WR2 upside:

Hopefully, you weren’t relying on Newton anyways, as this move doesn’t do his declining value any favors. He had already fallen to more of a QB2 option, and this ensures he’ll stay there. Hopefully Taylor is still lingering or up for grabs.

Meanwhile, the move certainly doesn’t hurt Christian McCaffrey, as a few targets will surely trickle his way. Still, his role was already vastly different, so the move doesn’t provide a major boost either.

The soon-to-return Greg Olsen also has his stock boosted, assuming he’s at full strength. He’d be squaring off with the 4th friendliest slate for tight ends, and is surprisingly owned in only 42% of leagues. Double check his status in your own leagues, as he could be a stretch run goldmine. We’ll have more clarity around his status after he tests his foot out this week.

Tune in to see how all these moves shakeout our Season Long Big Board — coming out Thursday!