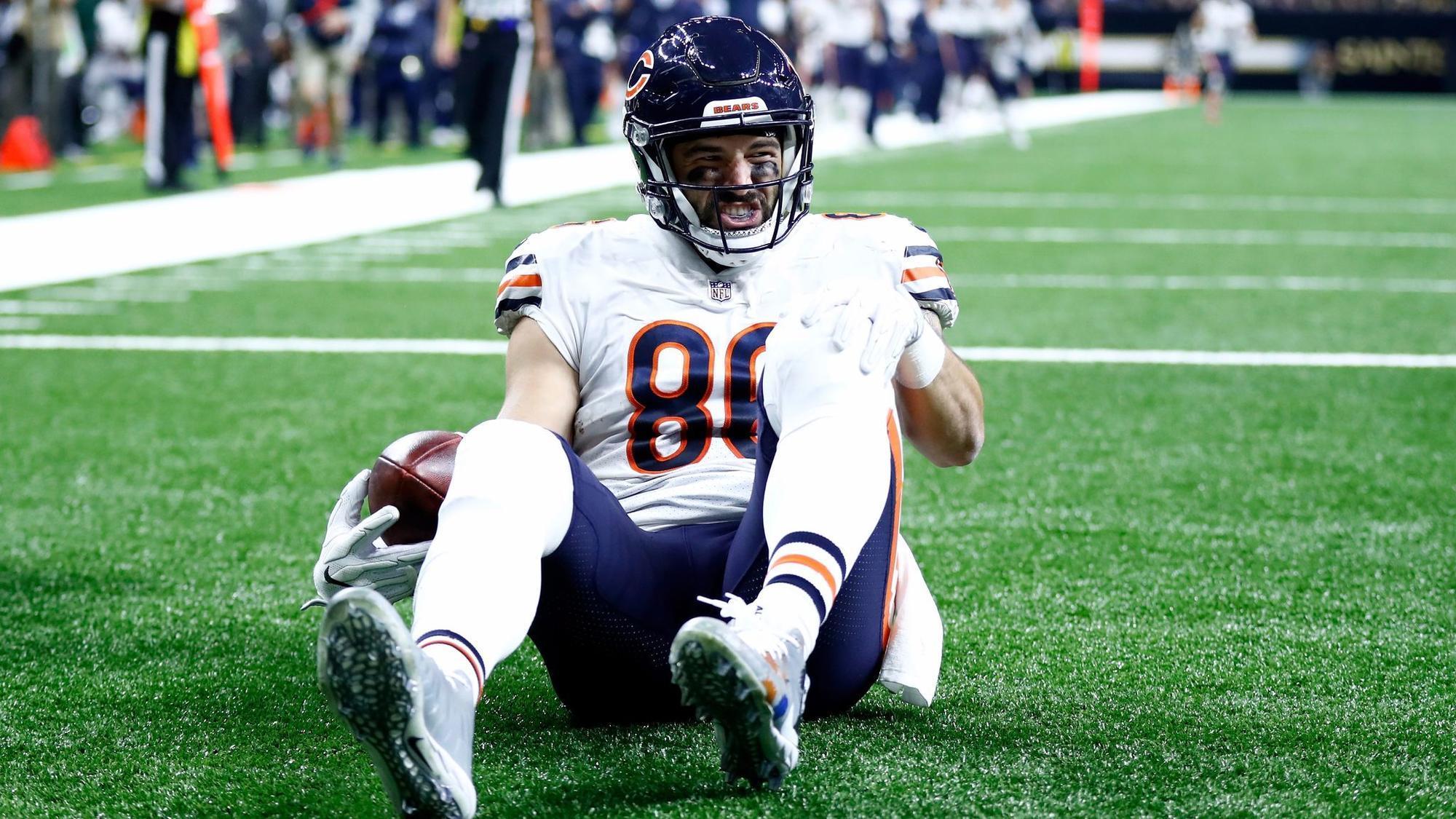 It's been a pretty healthy two weeks. *Knocks on wood*

Chris Hogan, who had right arm in sling, scheduled for MRI in morning, per source. Initial optimism it isn’t bad but tests will determine.

The bye week couldn’t have came at a better time for Chris Hogan. He’s one of the toughest SOBs on the Patriots and added another ailment to the laundry list that he’s been playing through. The Patriots are hoping it’s just an AC joint sprain, but the Twitter doctors are saying it could be a clavicle injury. Either way, expect the Patriots to kick the tires on a receiver at the trade deadline. We’l learn more about the extend of Hogan’s injury this week.

This isn’t necessarily fantasy-related, as Zach Miller is only owned in 22-percent of leagues, but it was one of the more gruesome injuries I’ve ever seen. Miller went up and made a terrific catch in the end zone and his knee dislocated as he came down with the catch. To make matters worse, the referees reversed the touchdown and called it an incomplete pass. It will be tough to stream any Chicago pass-catcher with Mitchell Trubisky completing single digit passes each week.

Vascular surgeons are trying to save Bears TE Zach Miller's leg, not just his career, per @mortreport.

Update from the Chicago Bears on status of TE Zach Miller. pic.twitter.com/zJUf9W8Hh3

TE Jordan Reed has been downgraded to doubtful with a hamstring injury. https://t.co/DokBTJgK9g

Another week, another Jordan Reed injury. This is basically a scheduled tweet from the Redskins Twitter account at this point. We’ll learn the severity of the hamstring injury during the week, but we wouldn’t blame you if you traded him for a 2018 13th round pick by the time you read this.