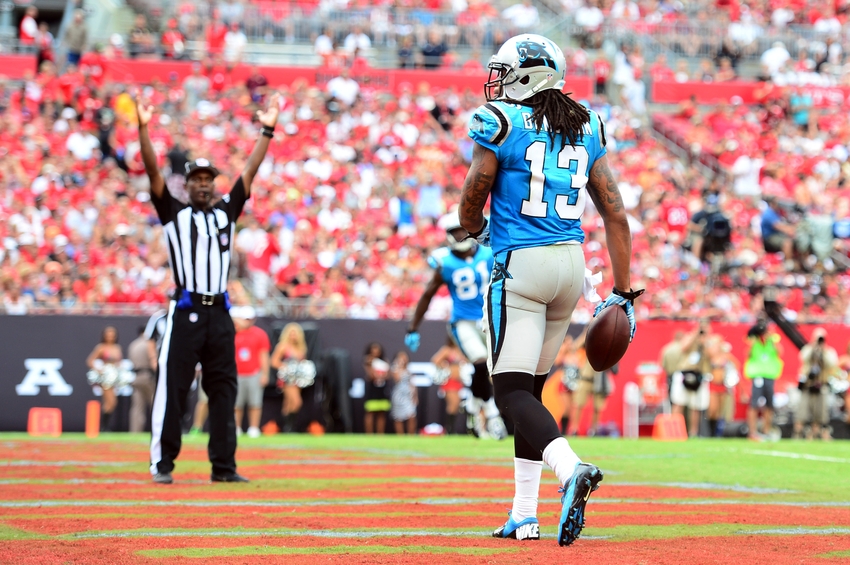 We paid the money so you could get the stats you need for Week 8.

We decided to make our site nerdier by acquiring a Pro Football Focus Elite account (H/T JimboSlice’s black card), and it’s safe to say it’s life changing. We are slowly becoming millionaires on DraftKings because of it, and our big brains are getting even bigger.

Here are some of the key stats that we uncovered on Pro Football Focus this week, and if you want more stats like this, you should buy yourself a subscription. It’s worth every penny.

1. Looking to play JuJu Smith-Schuster this week? Not so fast my friends.

Even though JuJu Smith-Schuster’s play has made Martavis Bryant go off the deep end, this is not an ideal matchup for #TeamJuJu. Smith-Schuster has been in the slot for 73-percent of his snaps and will mostly square off against Quandre Diggs, who is PFF’s fourth-highest graded slot corner. Diggs has played 100-percent of his snaps from the slot and he could erase JuJu completely. Like JimboSlice, I’m ON #TeamJuJu, just not this week.

2. The Patriots offense might have a tougher time than expected vs the Chargers

The Wolf isn’t going to be too happy when he reads this, but Tom Brady could really struggle this week. This isn’t a typical Chargers team that gets carved up through the air. They have two beasts upfront (Joey Bosa and Melvin Ingram) who will wreak havoc, and they have a lock down secondary. The Chargers have held all opposing quarterbacks to fewer than 250 yards and zero quarterbacks have thrown for more than two touchdowns against them. The usual matchup proof Rob Gronkowski might also have his hands full, as they have yet to allow a touchdown to a tight end this season and have allowed the second-fewest fantasy points to tight ends in the league.

3. Following AJ Green, is it Joe Mixon’s turn to be the “squeaky wheel” in Cincinnati?

AJ Green bitched earlier in the season that he wasn’t getting the ball enough, and the Bengals responded by firing their offensive coordinator and peppering him with a million targets the following week. Joe Mixon is no AJ Green, but after averaging almost 7 yards per carry in the first half of last week, he didn’t touch the ball in the second half. Absurd. Like Green, Mixon bitched after the game that he wasn’t getting enough carries and hopefully the Bengals give him the “squeaky wheel” treatment against the Colts this week. In their last four games, the atrocious Colts defense has given up 33.6 fantasy points per game to opposing running backs. Grease that squeaky wheel.

4. The matchup is ripe for Kelvin Benjamin against the Bucs

Robert McClain replaced Vernon Hargreaves on the outside last week, moving Hargreaves to the slot. McClain straight up sucks. He’s allowed 21 of his 27 targets to be caught and he’s PFF’s 105th ranked slot corner out of 112 players. Not only does he stink, but he’s only 5-foot-9. Kelvin Benjamin is 6-foot-5. Do the math and insert Benjamin into your lineups.

Nelson Agholor was wildy talented coming out of USC, but he was considered a bust through the first two seasons of his career. Once he screwed his head on straight and Carson Wentz started to look his way, he became a legitimate NFL player and fantasy option. Agholor is going to continue to put up numbers this week against K’Waun Williams and the lowly 49ers secondary. In fact, it’s PFF’s number one matchup of the week and he needs to be streamed or placed into all lineups.