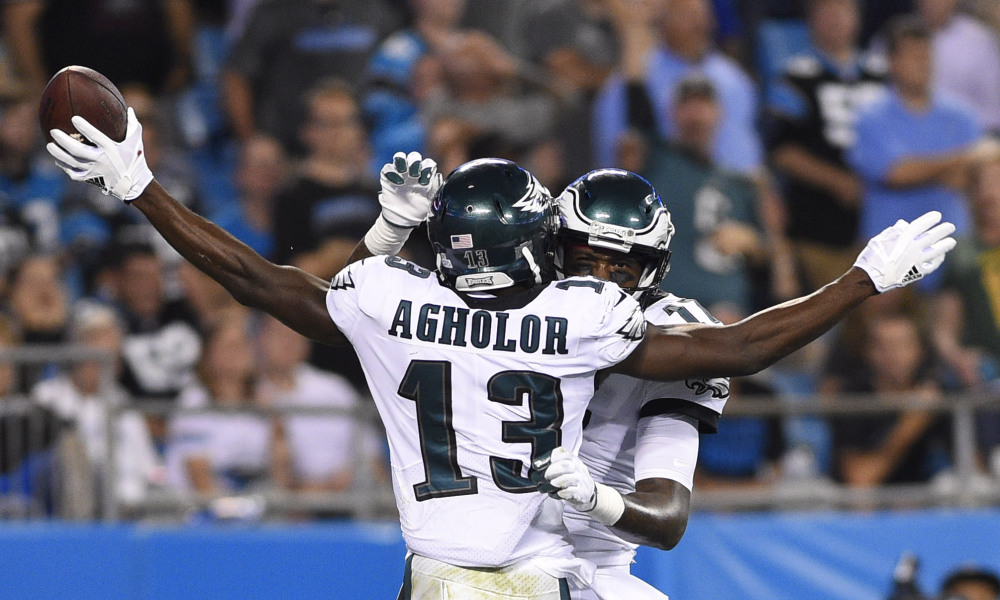 There's a lot of Bengals that look good this week. What other players do we like/dislike for Week 8?

Week 7 was more of a sputter than the dracarys ignition I thought with some of the bolder start calls. The sits seem to be a little easier to spot coming out but the smaller guys I had hoped would explode based off their expectations seemed to let me down. But nonetheless, we return once again to give you some quality sit and start options that you yourselves potentially could be muttering over.

If you need a fill in during bye week hell, the Red Rifle himself makes for a nice play at home against the Colts. Indianapolis’ defense is not very good, and top safety Malik Hooker was just lost for the year with a torn ACL. Dalton and AJ Green should pick apart the Colts for a big day looking to bounce back from a tough divisional rival loss.

Abdullah has been kept in check the last few weeks as Detroit still is waiting for their first 100 yard rusher in a game in what seems like forever. The Steelers have been very good with their pass defense, and Detroit will be without the services of Golden Tate. Other guys will have to pick up the slack and that starts with setting the running game up.

If there’s a week for Mixon to get his bell cow numbers and high usage it’s now against the Colts. A riddled defense that was gashed by the likes of Chris Ivory and TJ Yeldon is ripe for the picking. Mixon should get his chance to show the Bengals how could he can be moving forward and that he’s worthy of the lead back role after being selected in the second round.

Another game, another touchdown for Agholor who is rising up the WR ranks quickly. Now the red hot Eagles face the 49ers at home who have just been really struggling this season. With some of the worst graded corners in the league, Agholor should continue to thrive alongside Wentz.

Doctson got the surprise start at the “X” receiver spot over Terrelle Pryor the other night. That spot in a Jay Gruden offense is very coveted as it usually comes with a handful of targets, especially coming from a high volume passing attack of Kirk Cousins. Doctson is only getting healthier as time goes on and is integrating himself into the Redskins offense.

I feel kind of bad picking on the Colts defense, but Kroft is too nice of a play this week if you managed to grab him off waivers. Kroft has a high catch rate and is really being integrated into the red zone role Tyler Eifert left behind. While AJ Green gets all the love, Kroft will start to get more attention from Dalton.

Road Ben is back! And now Ben takes on a Lions secondary that is very much improved from the 2016 season. Darius Slay and Quandre Diggs are two of the better corners in the league this season and have taken a huge step forward in 2017. I’d expect Le’Veon Bell to be the guy in this contest.

Denver has seemingly moved away from the running game rendering Anderson useless in what could be a productive run game. Against Kansas City, the Chiefs have shown they can be beaten through the air as Oakland had their way with them on Thursday night. Also likely to be playing from behind while on the road, the game script falls into Siemian and the Broncos passing game.

Despite what you might think, opposing rushers haven’t had much success against the Browns this season. While they are too busy giving up touchdowns to tight ends, RBs have been stifled and not produced at a rate in which you might expect against a lower tiered team. With Latavius Murray back in the fold and looking very good last week, steer clear of McKinnon in Week 8.

Parker is reportedly back at practice this week getting ready for a contest against the Ravens on Thursday night. The short rest isn’t ideal for the receiver who watched new QB Matt Moore come in and look very good with Landry and Kenny Stills. In the games last season where Moore was forced into the starting role, he actually favored Stills just as much as Parker and they two had a fairly even split of targets and receptions. Landry obviously outpaced both of them in that time, so a hobbled Parker has a capped ceiling dealing with Moore back running the offense.

Here’s a guy with pretty noticeable home/road splits. Dealing with Brissett instead of Luck is already tough enough to deal with but now on the road against a solid Bengals secondary just spells disaster for Hilton and other Colts receiving targets. There’s serious doubt Luck returns at all this year, hurting Hilton’s value long term.

Others: Terrelle Pryor (WAS)

I was a big believer in Kittle last week as the chemistry between him and Beathard was going to propel the tight end to new heights. That certainly wasn’t the case, even in a game script that favored the 49ers having to pass. Kittle was only targeted twice and brought in one of those for 16 yards. Don’t trust him against the Eagles this week.