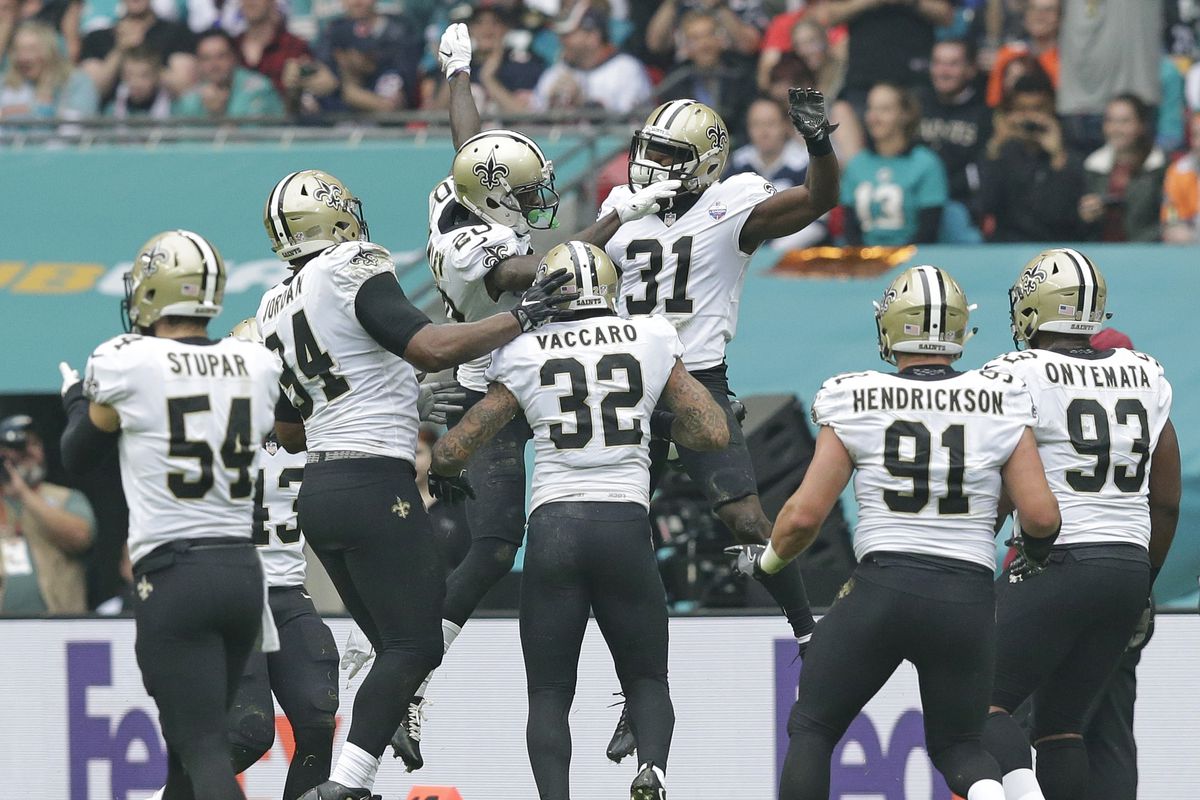 Who has the edge on the perimeter in Week 7?

Breaking down the key perimeter matchups for Week 7.

This combo of receivers should be able to take advantage of Terrance Mitchell. Mitchell has given up more yards per target (2.24) and more total yards in coverage (502) than any other corner in the NFL. It appears that quarterbacks know this, because he averages a target every 4.3 coverage snaps (3rd most frequent rate among corners). Either that or quarterbacks are just too afraid to throw in the direction of Marcus Peters, for good reason. The Chiefs are 5-1 and appear to be a very strong, well rounded team, but their defense has given up the 2nd most fantasy points to wide receivers according to Fantasy Pros. Amari Cooper is too good to be the WR 83. I think he’ll take a step in the right direction against the Chiefs, and take advantage of Terrance Mitchell. Michael Crabtree will also get his fair share of Mitchell coverage as the duo bounces around from the right side to the left side often.

Do the Saints have a good secondary?

Ken Crawley and rookie Marshon Lattimore are both graded as top 10 cornerbacks on Pro Football Focus, and the days of the Saints defense being a complete joke look to be in the past. Lattimore has given up only 114 yards and no touchdowns. This spells trouble for Brett Hundley who has the insurmountable task of taking over for Aaron Rodgers. The only glimmer of daylight he might find will be targeting Randall Cobb in the slot against Kenny Vaccaro, who played an incredible game against Detroit last week but until then had been the Saints’ weakest link. With Aaron Rodgers, I wouldn’t think twice about how well Crawley and Lattimore have been playing, but with Hundley in it makes a huge difference.

Sammy Watkins to be shut down again?

Against Patrick Peterson, quarterbacks are 7-20 for 82 yards and one touchdown, producing a QBR of 65. Sammy Watkins has gone from Richard Sherman, to Jalen Ramsey and A.J. Bouye and now he gets Patrick Peterson. Over the past three games, Watkins has been targeted 10 times for 2 catches and 28 yards. The rest of the Cardinals defense has not been playing well. In fact, they’ve given up the 3rd most fantasy points in the league to wide receivers. Jared Goff isn’t looking to make things more difficult for himself, so he will probably avoid Peterson and continue throwing to Robert Woods, Cooper Kupp, and Todd Gurley. Obviously Watkins wants the ball, but he’ll have to beat Peterson if he wants targets this week. Peterson has played 219 snaps and only been targeted 20 times. That rate is the second highest in the league.

Dontae Johnson has given up 353 yards and a pair of touchdowns in coverage so far this season. Dez Bryant has already shown that he can man up against the best corners in the league and bully them for a goal line touchdown, but he hasn’t yet had a 100 yard day, in fact he’s only topped 60 yards once this season. This is the game where I think they’ll really get him involved. He performs significantly better against weaker cornerbacks, and Johnson grades out at 48.9 on Pro Football Focus. Additionally, Cole Beasley could have himself a game against slot corner K’waun Williams. He grades in at an even lower 35.3, and PFF gives Beasley a whopping 50% advantage in that matchup.

The receiver-less Giants embarrassed the Broncos on national television last week. But the Broncos secondary still held Eli Manning to only 128 yards and one touchdown. 82 of which (plus the touchdown) went to tight end Evan Engram. Aqib Talib and Chris Harris Jr. are still playing at an extremely high level, and Bradley Roby has significantly increased his level of play as well. This does not bode well for Chargers wide receivers. Philip Rivers is no stranger to forcing throws into INTs, and with the tight coverage the Broncos’ secondary generates, Rivers will likely be throwing into to some tight spots. You likely have to start Keenan Allen, but I wouldn’t get cute with Tyrell Williams or Travis Benjamin. Try Hunter Henry.

The trio of Aqib Talib, Chris Harris Jr. and Bradley Roby did not allow a catch in the 2nd half. Just 1 catch each in the 1st half.