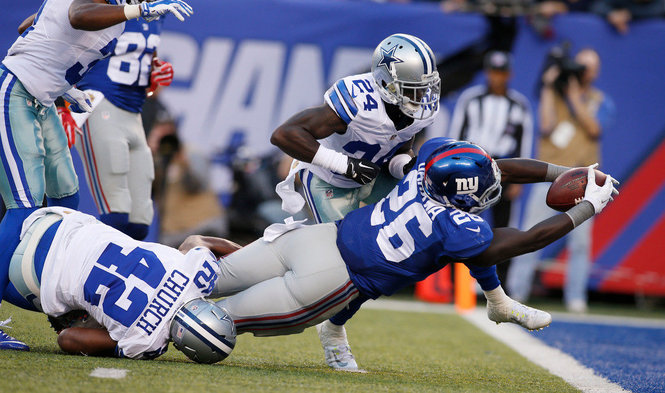 Taking a quick look at the Week 7 Waiver Wire.

Though our in-depth Waiver Wire article will still be dropped on Tuesday mornings, we recognize some leagues have permanent “Free Agents” and allow pick ups immediately.  As such, some owners will want names to consider right away, so here’s a “sneak peek” at the names I’ll be breaking down in my Tuesday Waiver Wire piece. I will organize players in tiers, but understand that my “rankings” could change at any point.

QBs will be in high demand for Week 7 after Aaron Rodgers suffered what projects to be a season-ending collar bone fractures, while burgeoning superstar Deshaun Watson and stalwart QB1 Matthew Stafford will be on bye week.

If you don’t need a signal caller, scroll on down. Otherwise, here’s some “Long Term” options for those needing Rodgers replacements, as well as one-week streamers if you just need a quick stopgap and don’t want to spend up for it.

Coming off a Bye Week so no stats were recorded, but check out this dream schedule from Week 7 – 16:

Even his hardest matchups (LAC, MIA) aren’t particularly threatening. Taylor is by far the top QB add if you lost Rodgers or need a strong bye week band aid, and should be owned in 100% of leagues at this point even without weapons.

Similarly coming off a bye but far more likely to be owned, Dalton would make the ideal “committee QB” over the next six weeks..  He alternates between nightmarish upcoming matchups (PIT this week, Jax in Week 9, Den Week 11) and some of the softest defenses in the league (IND, TEN, CLE):

Dalton will be a top-10 QB play during those three cream puffs, so finding another streamer for Week 7, 9, and 11 is advised while you ride the gravy train in 8, 10, and 12.  The schedule to close out the season is horrendous, however, making Dalton only worth considering through Week 12:

Real-life wise, Goff has been in far more command as a sophomore, even engineering what was the top-scoring NFL offense through four weeks. He’s predictably crashed back to Earth when the matchup stiffens, putting up back-to-back single digit performances against the two ferocious Seahawks and Jaguars pass defenses. Still, the matchups look far riper for the future, with 7 of his last 9 contests (Wk 7 – 16) coming against bottom-half defenses against QBs, and only two truly threatening matchups on the radar.

Has scored 23, 23, and 17 points to go along with 9 and 11 point duds. Schedule is ripe for more 17+ point days, but Siemian is banged up and has looked quite terrible in racking up his numbers.

If you’re only looking for a one-week bandaid or all the names above are plucked, here’s some un-owned options for your Week 7 consideration:

Have Dallas RBs Darren McFadden (51% owned) and Alfred Morris (54%) been scooped up yet? Of course there’s a chance the legal process continues being drawn out, but Ezekiel Elliott is now scheduled to miss six games. My preferred option is McFadden, as I buy into the speculation he’s been a healthy scratch strictly to keep him on ice for this type of scenario, and he’s been the clear featured back in the past here. Still, Morris has been the RB2 of choice in 2017, and could totally be next in line. Both need to be rostered universally while this draws itself out.

Sterling Shepard (52%) is also available in nearly half of leagues and may have been cut by impatient owners while missing this week. He could be a fantasy WR2 down the stretch as a talented player about to see serious volume as the top wideout a pass-happy Giants attack.

Nelson Agholor (51%) continues making plays, and notched his 4th TD of the year on Thurday Night Football. He’s a high upside WR3 who could produce at WR2+ levels all year now that he’s truly arrived and is maximizing his impressive after-the-catch skills. I’d rather own him than Alshon Jeffery.

Marvin Jones (55%) made one of the catches of the year with a sick one-hander, and continues making plays now seven weeks in. With Golden Tate banged up, Jones arrow might be pointing up even further.

As predicted this summer, Austin Seferian Jenkins (51% owned) is truly an every week TE1. Roll him out with confidence, regardless of matchup, and make sure he’s not lingering on your waiver whether you need a tight end or not.

The following prospects carry both immediate usability, as well as high long term upside, making them the ideal adds this week.

These prospects either are immediately usable (though not dripping in appeal), or carry immense long term stash appeal.

Note: Breida did not post any noteworthy Week 6 stats, and in fact only logged 17 snaps as compared to 56 for Carlos Hyde. Yet, the team could be attempting to “showcase” Hyde for potential trade partners as rumors speculate the incumbent remains on the block. Whether through injury, trade, or gaining the hot hand, Breida feels bound to make starts in the most RB – friendly blocking scheme around, making him a very worthwhile hold in all formats.