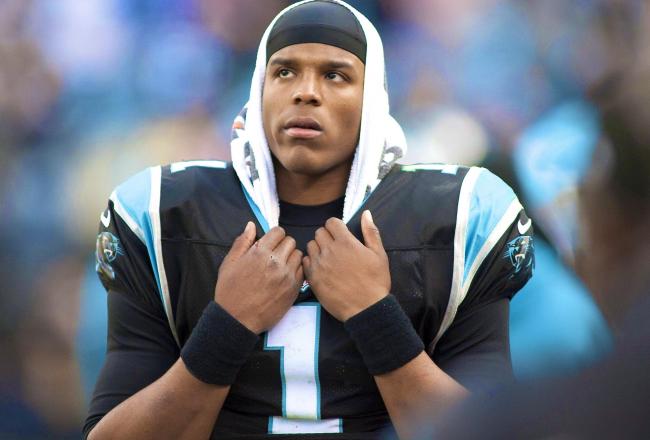 Who are you believin' or benchin' this week?

We’re a quarter of the way through the NFL regular season. Don’t blink or you might miss the next quarter. After four games, we’re starting to get a sense of who teams are. For example, Jacksonville has established themselves as a legitimate top five pass defense, while New England’s defense has been solidified as one of the worst units in the league. Having this better understanding gives us further context in which to more accurately project players.

Last week I had some good calls. I predicted impressive outings from Russell Wilson, Leonard Fournette, and Charles Clay. There were also a few smudges on my crystal ball when I suggested starting Trevor Siemian, Jay Ajayi and Christian McCaffrey. Don’t worry, I’ve since bought Windex.

For you first time readers, this article excludes your studs. I don’t have to tell you to start Aaron Rodgers and Le’Veon Bell and Odell Beckham Jr. I write about the guys who aren’t automatic starts. The players you have to think about. Things get interesting in week five as bye weeks kick in. Take a gander at the players you should believe in or bench in stand scoring leagues.

Winston torched the clingy Giants secondary for 332 yards and three touchdowns last week. He now faces a Patriots defense that has given up the most fantasy points to opposing quarterbacks. Only the Patriots have allowed more passing yards (324 YPG) than the Buccaneers (315.7 YPG), suggesting there will be a shootout Thursday night.

Since his week one debacle, Palmer has thrown for at least 325 in every game. This Sunday he’ll get to exploit an Eagles secondary that has allowed the third-most passing yards (285 YPG) in the NFL. Arizona ranks dead last in yards per carry (2.7), and will have to rely on the pass to move the ball.

Dak Prescott and Matthew Stafford put up a combined seven touchdown on Arizona this year. Brian Hoyer and Jacoby Brissett combined for zero. Wentz’s talent level is far closer to Prescott’s and Stafford’s than it is Hoyer’s and Brissett’s. Through four weeks, Wentz has been a top-ten fantasy quarterback and I expect a top-ten performance in week five.

Playing through knee soreness, Gordon managed just 29 yards on eleven touches versus the Eagles. Now listed as “Healthy,” Gordon will look to rebound against a Giants defense that has allowed the fifth-most rushing yards (142.8 YPG) in the league thus far. In a game that should be competitive throughout, Gordon’s workload is almost guaranteed to increase.

Indianapolis’ two home games this year have each been decided by three points. Gore received a combined 40 touches in those contests and found the endzone in both. The Colts are at home this week to host the 49ers and their 26th ranked scoring offense (16.5 PPG). I like Gore’s volume and chance of scoring a touchdown in week five.

If you’re still holding onto Crowell, now is the time to start him. He plays a Jets defense that has surrendered the fourth-most fantasy points to opposing running backs. The past three weeks Cleveland has fallen behind in the first half by multiple touchdowns, limiting Crowell’s rushing opportunities. The Jets’ 21st ranked scoring offense (18.8 PPG) implies this game should remain more competitive.

Despite losing his quarterback after week one, Diggs is the number one receiver in fantasy through four games. This Sunday he’ll face the Bears, who have relinquished the sixth-most fantasy points to opposing wide receivers. With Dalvin Cook’s ACL injury ending his season, Minnesota may have to lean more on the pass, as their rushing attack is sure to suffer.

Now you see him, now you don’t. “The Ghost” posted 153 yards and a touchdown against Cleveland in week three, but has just 136 combined yards in his other three contests. At home against a San Francisco defense that ranks 27th in fantasy points allowed to opposing receivers, the conditions are right for Hilton to explode.

An ageless wonder, Fitzgerald has scored a touchdown in back-to-back games. He leads the league in redzone targets (10), and faces an Eagles defense that has given up the fourth-most fantasy points to wide receivers. Fitz works from the slot, where Philly has allowed over 130 receiving yards to both Sterling Shepard and Keenan Allen the past two weeks.

Clay is currently the fourth highest scoring tight end in fantasy. He leads the Bills in targets and is coming off a 112 yard performance against the Falcons. Tyrod Taylor has to throw to somebody, and that somebody is Clay. Versus a Bengals defense that is strong on the perimeter, expect Taylor to target Clay frequently.

With Gates and Henry sharing the workload, it can be hard to know when to start a Chargers tight end. This week the matchup is too appetizing not to. The Giants have surrendered the most fantasy points to opposing tight ends this season, including a touchdown in every game. If you have Henry or Gates, start them.

The Ravens have relinquished the fourth-most fantasy points to opposing tight ends, despite not facing great talent. Cook leads his team in receiving yards and is second is targets. As Derek Carr recovers from a back injury, expect E.J. Manuel to rely on high percentage throws to his tight end over the middle.

Last week Minnesota held Matthew Stafford to 209 passing yards and no touchdowns. The week before, they intercepted Jameis Winston three times. This week they’ll face Mitchell Trubisky as he makes his first NFL start on Monday Night Football. Expect the Vikings to offer the rookie a not-so warm welcome to the league.

The overachieving Bills will look to keep things rolling in Cincinnati. They’ve given up the fewest points in the league (13.5 PPG), and have forced the fourth-most turnovers (7). Though the Bengals’ offense has improved since firing their offensive coordinator, success will be hard to come by against this defense.

Through four weeks, Roethlisberger is nineteenth in fantasy points amongst quarterbacks. This week he plays a Jaguar defense that has given up the fewest fantasy points to opposing quarterbacks. Jacksonville has allowed the fewest passing yards (147 YPG), and have registered the most sacks (18) this year. Big Ben belongs on your bench in week five.

Cam’s back, right? Slow your roll. Newton exploded for 316 passing yards and four total touchdowns against New England. But who hasn’t? The Patriots have allowed over 300 passing yards and multiple touchdowns to every quarterback they’ve played thus far. This week Newton travels to Detroit, who’s given up the fifth-fewest fantasy points to opposing quarterbacks.

Between bye weeks, injuries and poor performance, there’s a good chance you’re in the market for a quarterback. After failing to reach the endzone through two weeks, Dalton has thrown six touchdowns and zero interceptions in his past two games. Don’t be fooled. He plays the Bills this week, who have surrendered the second-fewest fantasy points to opposing quarterbacks.

While sprained AC joint hasn’t stopped Howard from seeing 48 touches the past two games, this week will be his toughest challenge yet. He faces a Minnesota defense that has allowed the second-fewest fantasy points to opposing running backs. The Vikings will stack the box versus Howard, daring rookie quarterback, Mitchell Trubisky, to beat them.

Cincinnati’s poor offensive line play has led to the fifth-lowest yards per carry average (3.3) in the league. While Joe Mixon has dominated the touches the last two weeks, Giovani Bernard has scored the touchdowns, and Jeremy Hill seems like an afterthought. It’s hard to feel confident about any of them versus a Bills defense that ranks tenth in fantasy points allowed to running backs.

Gillislee owners have felt the downside of his touchdown dependency in recent weeks. Thursday he plays a Buccaneers defense that has surrendered the second-fewest yards per carry average (2.9) in the NFL. With New England’s defense giving up the second-most points per game (32), their offense may be pass-heavy as they play from behind.

Since week one, Cooper has just seven catches for 48 yards and no touchdowns. With Derek Carr out due to a back injury, first round bust, E.J. Manuel, will be conducting the offense. Cooper’s outlook appears dim facing a Baltimore defense that has yielded the fourth-fewest fantasy points to opposing receivers.

I swear I have no personal vendetta against Jeffery. He once again draws an imposing matchup this week, as Patrick Peterson and the Cardinals come to town. Peterson, who primarily shadows the offenses’ top perimeter receiver, will be matched up with Jeffery for most of the game. Number one receivers have averaged three catches for 33.5 yards versus Arizona this year.

It’s hard to feel good about Watkins’ involvement in the offense. A late acquisition, Watkins is seeing just four targets a game, and is coming of a seventeen yard performance against the Cowboys. He now faces The Legion of Boom, who has relinquished the fourth-fewest passing yard (184.8 YPG) this season.

The most targeted (132) tight end of 2016, Rudolph just isn’t getting the looks this year. He’s averaging less than four targets per game, and hasn’t reached the endzone since Bradford’s injury. Take away Austin Hooper’s 88 yard touchdown in week one and the Bears are allowing just 36.25 yards per game to opposing tight ends.

Though he leads the team in targets (28), Bennett is averaging just 8.3 yards per catch. He’s yet to find the enzone, and is playing a Cowboys defense that has allowed the tenth-fewest fantasy points to opposing tight ends. Until Bennett and Rodgers can illustrate some chemistry in the redzone, he remains unstartable.

After opening the season with seventeen catches through the first two weeks, Witten has just two receptions in the previous two games. Prescott is dialing back his number of pass attempts, and his wide receivers are finding more openings on the perimeter. Expect a run-heavy attack from Dallas, as they try to keep the ball away from Aaron Rodgers.

Kansas City’s offense is third in points scored (30.5 PPG), second in yards (405.2 YPG), and has the second-fewest turnovers (1). Starting cornerback, Kevin Johnson, is expected to miss his third straight game with a knee injury. Houston ranks sixteenth in points allowed this year (22 PPG).

Subsequently, Houston has scored the fourth-most points (27.5 PPG) this season. Rookie phenom, Deshaun Watson, is hitting his stride, as his completion percentage has risen in every game. Traveling to Houston on a short week, you’d be wise to sit the Chiefs’ defense.