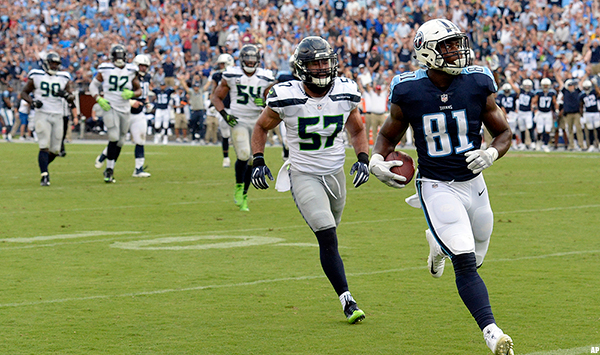 These guys should fill the end of your roster.

This is the year of the tight end. I mean when was the last time we saw so many game-altering tight ends come into the league. There is a possibility that many of the 2017 rookie tight ends make it in the league and become fantasy relevant. Similarly to the way we are seeing a new wave of QBs establish themselves in the league, TEs similarly will be on the rise. On one hand, this is due to the security of the TE connection with young or inexperienced QBs, on the other, it is also due to the pure talent that has come into the league in 2017. So many of you went out there and in the first two rounds drafted OJ Howard, Evan Engram, or David Njoku. Yeah, they are fantastic talents. But there are so many TE names that got overlooked this year, and it’s criminal. One of those is Jonnu Smith, going mostly undrafted in Dynasty leagues, the TE for the Titans is poised to take over for Delanie Walker. ALready, in his rookie season, he has shown his talent. Over 3 weeks in the NFL, he already has racked up 2 touchdowns and 54 yards. Look, I don’t think he will have the rookie year Hunter Henry did, but these are encouraging signs. Mariota seems to trust him, and Head Coach Mike Mularkey looks like he wants to use him. He has been in on 53.2% of offensive snaps so far on the season, 33% of his total snaps have been in passing plays. While being primarily used as a blocker in the run game, with each week, Smith has garnered more and more snaps in passing situations. As far as rookie tight end talents go, that’s not too shabby. Take a gamble on this guys, he should have been drafted in your leagues, but if he is on the waivers, and I bet he is, you need to stash him now.

Ok, so I made a call last week that you should stash Donnell Pumphrey. I truly believe that Pumphrey is the future Sproles in the Eagles offense. However, let me backtrack a second here. In week 3 we saw Darren Sproles go down with what looked to be a serious arm injury. It was believed he broke his arm. On Monday, it came out that he had actually tore his ACL in addition to the broken arm. Not only is his season over, but I would venture a guess at his career being over as well. That being said, it would seem like the two backs that should benefit from his absence are Wendell Smallwood and LeGarrette Blount. I would argue against the latter. Blount has never been and never will be the type of back that Sproles was. Only rarely was he used in passing situations, and many of those were not designed. He has been and always will be a goal line and short yardage back. He punches the ball into the end zone. So what? Smallwood will get all the looks? No, we must not forget the other rookie in Philadelphia, Corey Clement, who scored his first NFL touchdown on Sunday. Clement will see an increased usage as a passing down back behind Smallwood. While the Eagles backfield is not one I want to own anything looking at this season, Clement may be an interesting stash who may find his way into some positive game scripts for his talents. I look at clement not too dissimilarly from James White on the Patriots. I’m not guaranteeing anything, but he could be a very interesting stash.

If you have one of the most prolific passers in the history of the NFL passing to you, you are going to have some great games. Allison is in a situation where he is on the precipice of greatness. Let us be frank for a moment. Jordy Nelson does not have long in the NFL. After injuries and age, things are finally catching up. Not that this has caused him to slow down quite yet, but the writing’s on the wall. Eventually, the Packers will have to look towards a new prolific receiver. There is a good chance we are seeing the connection between Allison and Rodgers develop. If you have room and can afford the stash, steal Allison now and reap the benefits later on.

The next two guys here on this list are both from Washington. However, they are here for vastly different reasons. Let’s start with Ryan Grant. Just based on the 3 weeks of film I have watched on Ryan Grant, he is this year’s Jamison Crowder. Kirk COusins has basically been peppering him with targets through 3 weeks. And why not? Crowder has come up short so far, Terrelle Pryor has been a disappointment, and Josh Doctson has yet to show us he is back to form and ready to play in the NFL. So that leaves us with Ryan Grant. He has not seen the volume or the red zone looks that you would want, but this isn’t your WR4 you’re stashing. What he does have is Cousin’s trust. If Washington keeps playing like they did on Sunday night, you may be stealing away a great WR.

The other Redskin on this week’s stash list is Jeremy Sprinkle. This may not even be a stash as much as it is a “keep your eye on” situation. Sprinkle makes this list just because he is an intriguing TE to own. He has a great set of football skills. How will that translate in the NFL is the real question. He is a pass catching TE and from what I can tell, maybe the future in Washington. Why? We, l let’s break it down. Jordan Reed is dealing with 3 or 4 injuries at the moment, I mean when is he not injured? Backing him up is Vernon Davis, who is half a step away from a broken hip. Get the man a walker already! And finally Niles Paul has never been the pass catching TE, mostly used for blocking, he poses no threat to Sprinkle becoming the lead TE. Once the Redskins move past Reed, it will be Sprinkle’s job to lose. That’s why I have stashed him in a couple of my deeper dynasty leagues. 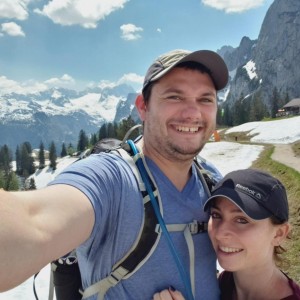