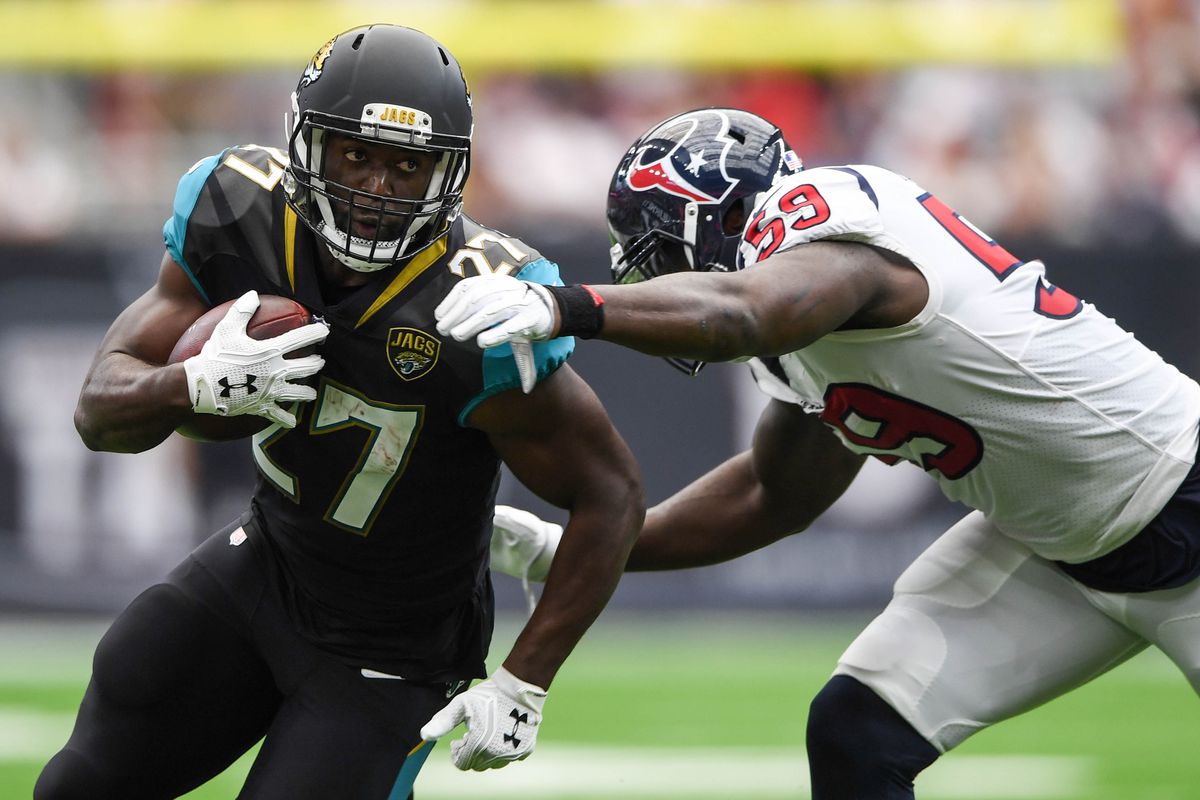 Who should you believe in this week?

Can you believe that after this week we’ll be a quarter of the way through the regular season? That’s just scary. After three weeks the cream is starting to rise to the top. Tom Brady is fantasy’s top scoring quarterback. Rob Gronkowski leads the position for tight ends. Meanwhile, young players like Kareem Hunt and Stefon Diggs will try to prove they can sustain their early season dominance.

What about everybody else? Setting your lineups is one of the most crucial variables in fantasy football. There’s nothing worse in the midst of defeat than watching your bench pile on the points. Aside from a select group of studs, a player’s outlook differs from week-to-week. Knowing who to start is impossible. However, by analyzing player usage, matchups, and overall talent, we can increase our chances of success.

I’ll go ahead and pat myself on the back for telling you to bench Alshon Jeffery, Davante Adams and Ben Roethlisberger. Now let me kick myself for suggesting you start Derek Carr, Cam Newton and Jack Doyle. As you can see, myself and I have a love/hate relationship.

With another week’s worth of information at our disposal, let’s investigate the players you should believe in or bench for standard leagues.

After failing to surpass 200 passing yards in either of his first two games, Wilson exploded for 373 yards and 4 touchdown passes in Tennessee. Now he’s at home to face a Colts defense that has given up the fourth most passing yards in the league. Wilson is a notoriously slow starter and seems to have found his groove for the 2017 season.

In their best performance Oakland’s defense held Josh McCown to fifteen fantasy points. Siemian scored seven touchdowns through his first two games before Buffalo’s surprisingly resilient pass defense shut him down. Expect Siemian to bounce back against a Raiders defense that has surrendered the third most fantasy points to opposing quarterbacks.

Through the first seven quarters of 2017 Palmer looked washed up. Since then he’s thrown three touchdowns, no picks, and 325 yards against Dallas. Up next is a 49ers team that let Jared Goff pass for 292 yards and three touchdowns on Thursday night. Palmer should have time in the pocket against a San Francisco defense that’s registered just three sacks thus far.

Yikes! After rushing for a buck 22 in his season opener, Ajayi managed just 25 yards on thirteen touches versus the lowly Jets. Ajayi owners should have faith in the third-year ‘back playing a Saints defense that has surrendered the third most fantasy points to opposing backfields. Since becoming the starter, Ajayi has never posted back to back sub-fifty yard rushing performances.

Let’s not pretend NYJ’s run defense is stout all of a sudden. The Jets yielded 406 yards from scrimmage and three touchdowns to opposing running backs in their two games prior to facing the Miami. Fournette is yet to play an NFL game without scoring a touchdown. Expect that streak to continue in New York.

The draft’s eighth overall pick had his first breakout performance against the Saints, catching nine passes for 101 yards. Carolina fell behind early, and was forced to throw in an effort to catch up. That kind of game-script benefits McCaffrey and his receiving prowess. Count on a similar scenario versus New England’s second ranked scoring offense (33 PPG).

As far as schedules go, it doesn’t get tougher for a wide receiver than the Giants, Broncos and Cardinals. While his yards have been limited, Bryant kept you alive by reaching the endzone in back to back games. He now faces a more generous Rams secondary that just allowed Pierre Garcon to rack up 142 yards on seven receptions.

Barring another Phillip River implosion, LAC’s passing game is primed to rebound against a shaky Eagles secondary. Philadelphia has relinquished the eighth-most passing yards, but the sixth-least rushing yards on a per game basis. This implies the Chargers will find success attacking the Eagles through the air. That’s good news for Allen, who has seen the fifth-most targets in the league.

In two games with Jay Cutler, Parker has seen over nine targets per contest. You have to love that usage versus a Saints defense that has given up the third-most points in the league (26 PPG). With over 75 yards in each game this year, Parker appears to be translating his immense talent into consistent production. Count on his breakout performance to come in London.

Ertz leads all tight ends in targets (28), receptions (21), and yards (245). That level of consistency inspires belief in the fifth-year tight end, despite his matchup with a Chargers defense that just held Travis Kelce to one receiving yard. Ertz’s connection with Carson Wentz should lead to the most statistically productive season of his career.

Going back to last year, Clay has scored six touchdowns in his past seven games. Facing Atlanta’s fifth ranked scoring offense (29 PPG), Buffalo could very well be playing from behind. Tyrod Taylor has to throw to somebody, and Clay is second on the team in targets to only LeSean McCoy.

Would you believe me if I told you that Cook has more targets than Michael Crabtree and more receiving yards than Amari Cooper? Through three games Cook has proved to be an integral part of Oakland’s offense. We’ve seen Denver allow the 26th most fantasy points to tight ends as teams steer away from their elite cornerbacks. Look for Carr to lock-in on Cook over the middle.

Don’t look now but Jacksonville has the second highest scoring defense in fantasy. They lead the league in sacks (13), rank third in interceptions (4), and fourth in points allowed (17 PPG). Up next is a Jets offense that will be without running back, Matt Forte.

No team has turned the ball over more than the Browns (9). Despite their offensive struggles, Cincinnati once against has a stellar defense. They rank sixth in sacks (10), seventh in yards allowed (292.7 YPG) and ninth in points allowed (20 PPG). Expect the Bengals to feast on rookie quarterback, DeShone Kizer.

Winston threw three interceptions in Minnesota, and now takes on the daunted Giants pass defense. After facing Dak Prescott, Matthew Stafford and Carson Wentz, NYG ranks sixth in passing yards allowed (181 YPG). Additionally, Tampa Bay could lean on the run in this matchup, as no team has surrendered more rushing yards (153.3 YPG) than the Giants.

Oakland’s offense was a no-show Sunday night. The team mustered up just 128 net yards of total offense. Carr threw for just 118 yards, one touchdown, and two picks. Don’t expect him to rebound against Denver. In Carr’s five career games versus the Broncos he’s averaged 183.6 passing yards and has a 6-4 touchdown to interception ratio.

The road struggles continue for Big Ben after an overtime loss to the Bears. Roethlisberger has thrown multiple touchdown passes in just six of his last 24 games away from Heinz Field. Now he travels to Baltimore to face a Ravens defense that has given up the third fewest fantasy points to opposing quarterbacks this year.

Lynch’s carries, yards and yards per carry have gone down in each game this season. He now plays Denver’s top ranked rush defense (59.7 YPG), who is one of only two teams yet to surrender a rushing touchdown. With just three catches on the year, Lynch’s weekly floor remains extremely low because of his lack of involvement in the passing game.

Though his schedule has been tough, Crowell hasn’t lived up to expectations heading into the season. The fourth-year ‘back is currently RB39, and is averaging just 2.9 YPC. This week he’ll face a Bengals defense that has given up the seventh fewest fantasy points to opposing backfields.  It’s time to start wondering if Crowell is worth a roster spot.

In years past you’d want to start any running back against the Colts. After overhauling the defense in the offseason, Indy has allowed the third fewest rushing yards on a per carry basis (3.3) thus far. On the flip side, Indianapolis is giving up the fourth-most passing yards (283.7 YPG) in the NFL. Seattle may have to win this one through the air.

Cooper put up a goose egg last week. He made just one catch for six yards. Now he tries to bounce back against Denver’s “No Fly Zone?” No thank you. In four games, Cooper’s career high versus the Broncos is 56 yards. If you start Cooper, you’re praying for a touchdown.

After a couple of tough matchups, Garcon exploded on the Rams with seven catches for 142 yards. It’s time to temper expectations against Arizona. Shadowing Garcon will be Patrick Peterson, who many consider to be the league’s best corner. The defensive back’s reputation is so becoming that Dak Prescott didn’t even target Dez Bryant when covered by Peterson last week.

Roethlisberger’s homesickness must be contagious. Over the course of his career, Bryant has 12 touchdowns at home compared to just four on the road. Already an all-or-nothing player, the chances of Bryant striking a big play in Baltimore seem slim. The Ravens have relinquished the fifth fewest fantasy points to opposing wide receivers this season.

Well, that was fun while it lasted. We enjoyed some vintage Witten through the first two weeks before the 35 year-old came crashing back to earth. Witten has been the second-most targeted tight end thus far. Much of that has been from Prescott trying to avoid the elite cornerbacks Dallas has played through three games. Expect Witten’s target share and production to decrease.

Through three weeks, Bennett is yet to make an impact as a receiver. The tenth-year vet is coming off a three-catch for twelve yard performance against the Bengals. Take away Austin Hooper’s 88-yard touchdown reception in week one and the Bears have allowed just seven catches for 106 yards to opposing tight ends. Bennet is a touchdown dependent TE2 versus Chicago.

The production has not been there for Reed, who was out last week with an injury. Reed was banged up heading into the season and will likely deal with health issues all year. The Pro Bowler is considered day-to-day with a chest injury. While playing on Monday night gives Reed another day to recover, it greatly limits your options if he’s unable to go.

I mean, they’re playing the Patriots. New England has scored the second most points (33 PPG) and has turned the ball over just once. This game is in New England. Bench the Panthers’ defense.

Matthew Stafford and the Lions’ seventh ranked scoring offense (28.3 PPG) is coming to town. Detroit has turned the ball over just twice. Only three teams have fewer sacks than the Vikings (5), meaning Stafford should have plenty of time to find the open receiver. Look elsewhere for a defense this week.