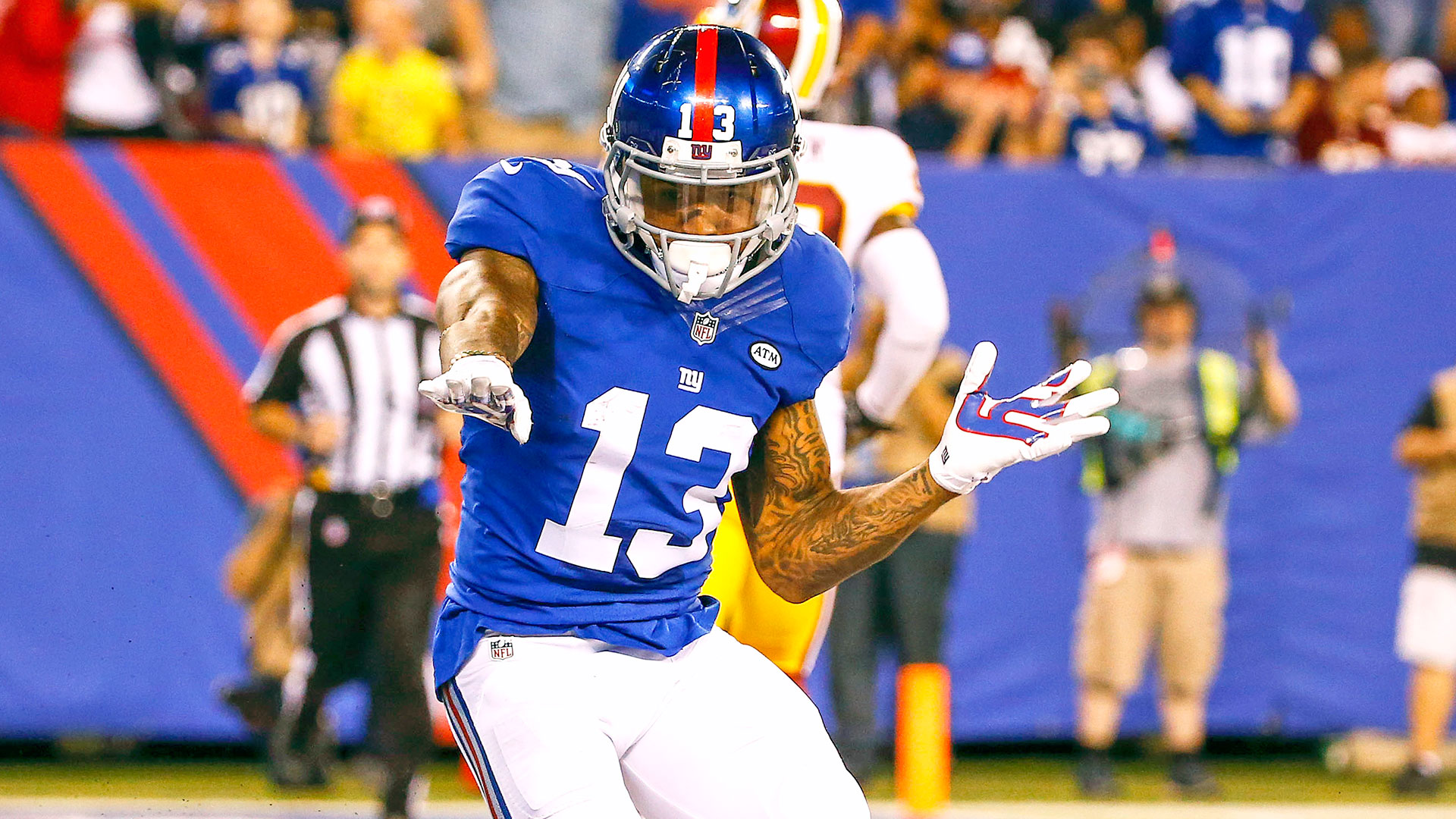 Sort through your tricky lineup decisions with our Week 4 Fantasy Football rankings.

Depressingly, nearly 1/3 of the Fantasy Football regular season is in the books. Hopefully, you’ve been riding the Kareem “Full Steam” Hunt express to a glowing 3-0 on top of Mount Roto. Maybe you’re listening to Natalia Imbruglia’s “Torn” on repeat while bound, broken and naked on the floor at 0-3.
Either way, there’s still ample time to blow a lead or rise from the ashes, making a Week 4 win imperative for any and all owners. Make sure your lineup is optimized with our Fantasy Football Week 4 Rankings.

Thus, hit me up on SnapChat or Twitter @RotoStreetWolf, and be sure to tune into our 11:30 AM EST Facebook Live “Fantasy Football Week 4 Preview” Broadcast. I’ll also be keeping a Running Sit/Start Mailbag here, beginning Thursday, so get your questions in and an extra set of eyes on those lineups.

Bilal Powell has risen with news that Matt Forte will sit. The team has said Powell will see a heavy workload, and he feasted last year as the featured back by racking up the third most FPs from Weeks 13-17 (trailing only Le’Veon Bell and Aaron Rodgers). He should be considered a decent RB2 and flex this week, even in a tough match up.

Sam Bradford is out again, but I’m not making the same mistake and sending Stefon Diggs and Adam Thielen plummeting down the board. Case Keenum was a stud last week, yes against a bad secondary, but it’s not like he’s worlds below Bradford. These WRs are legitimate talents and should be rolled out as such, even against some of the higher-end corners in the league.

Not necessarily an update, but I’m continuing to move Deshaun Watson up the list as my favorite streamer of Week 4. This is fairly bold, because tons of great options exist this week: Trevor Siemian vs. Oakland, Andy Dalton @ CLE, Tyrod Taylor @ Atlanta to name a few. This is especially useful with both Derek Carr (@DEN) and Ben Roethlisberger (@BAL) in some daunting road match ups.

Doug Baldwin made it through the Friday walkthrough, but should still be considered questionable. Ideally, you can stash Paul Richardson (only 23% owned) as an insurance policy. In fact, Richardson makes a great streaming option in the chance he ends up the WR1 versus a very soft defense. He’s worth a look if you have some WR3 / Flex question marks (Carlos Hyde?). Baldwin is giving off “Scarecrow” vibes, and is no longer someone I’d want to play. He’s reportedly giving it a go with his groin, which reeks of “tweak and goose egg.”

Speaking of Hyde, Matt Brieda (8% owned) needs to be added by owners in case Hyde misses time. Brieda would bring immediate RB2 upside to the table if he’s named the starter, as this ZBS breeds monsters. He’s worth a speculative add in the off chance he feasts and takes over — it’s happened with Kyle Shanahan plenty before. Hyde’s been feasting, so this scenario is unlikely… but not impossible.

Amari Cooper should see an uptick in looks with Michael Crabtree out, but is also in for more attention from a brutal secondary. I don’t love him here, but could see him find the end zone.

Kenny Golladay is out, so one of my favorite DraftKings plays is off the table. Maybe Eric Ebron sees more goal line usage? (Green Face Emoji)