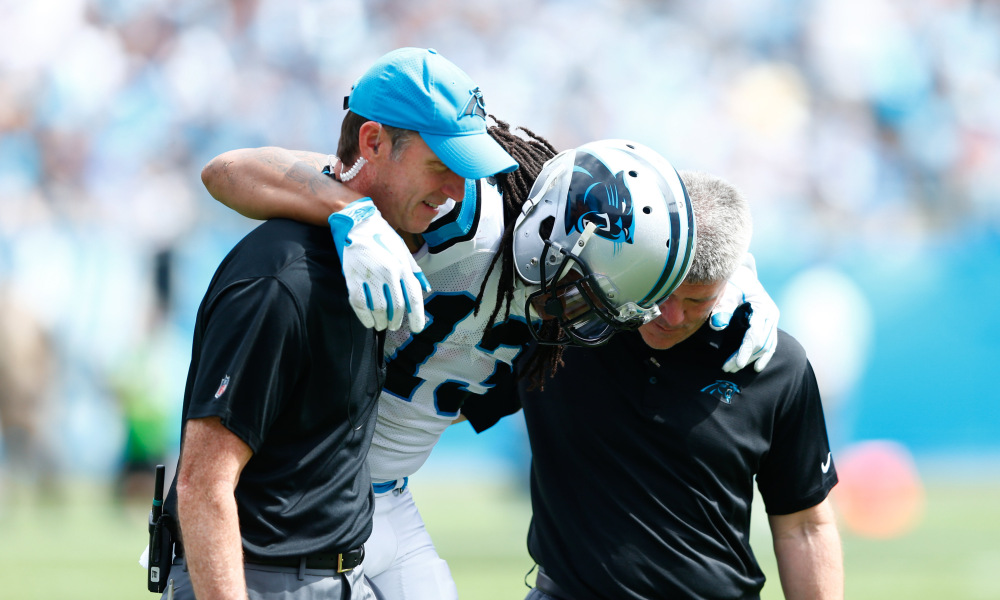 When it came to injuries, Week 3 wasn't nearly as bad as the previous two weeks.

#Panthers WR Kelvin Benjamin (knee) did not suffer a major injury, based on early indications. One source said he's "fine."

As of now, it looks like Kelvin Benjamin dodged a major bullet. In real-time, it looked like Benjamin’s season would be over with a catastrophic knee injury, but he somehow avoided the disaster. But even though it looks like he dodged a major injury, he might have suffered a minor injury, which could keep him out a few weeks. If that’s the case, Devin Funchess will be a big waiver target this week and to the lesser extent, Curtis Samuel. The Wolf will help you with that once Benjamin is diagnosed.

One member of the league’s most obnoxious committee is out for a while, as it looks like Darren Sproles will miss a handful of weeks with a broken arm. Wendell Smallwood should get a slight boost in Sproles’ absence, but this backfield is still a mess for fantasy owners with Smallwood, LeGarrette Blount and Corey Clement splitting time.

10:25 AM UPDATE: Per Adam Schefter, Sproles tore his ACL and broke his arm on the same play and will obviously be done for the season. Ouch.

Melvin Gordon has a knee injury. His return is questionable.

After racking up 78 yards and a score on 15 carries, Melvin Gordon left the game with a knee injury and did not return. He was limited throughout the week and it looks like he might have tweaked it, but luckily he was spotted riding a bike on the sideline after getting checked out in the locker room. He’ll likely be limited this week at practice, but Adam Schefter reported that Gordon is expected to play Week 4 vs the Chiefs.

4:25 PM UPDATE: Per Ian Rapoport, Gordon is dealing with a minor bone bruise and wanted to return to the game on Sunday. Sounds like he’ll be full-go for Week 4.