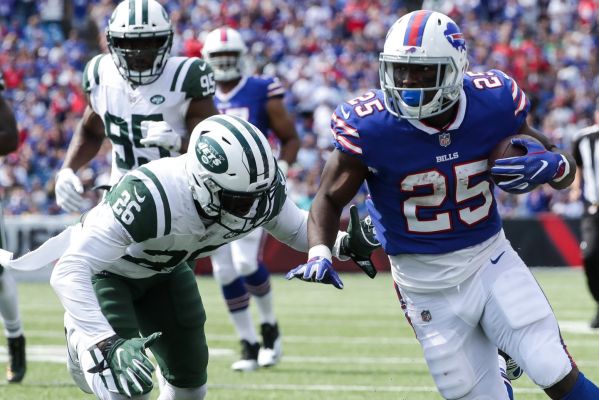 Get your Week 2 fantasy football lineup set to perfection and rebound from Week 1's hideous action.

I’m not sure who pissed on the Fantasy Gods’ altar right before Week 1 kickoffs, but damn were they out to smite us. For proof, look no further than the disturbed joke that’s our current Fantasy Football leaderboard:

Still, as the great New England Patriots have taught us, we need to keep our eyes constantly looking forward with the blinders on.

Thus, hit me up @RotoStreetWolf, and be sure to tune into our 11:30 AM EST Facebook Live “Fantasy Football Week 2 Preview” Broadcast. I’ll also be keeping a Running Sit/Start Mailbag here, beginning on Thursday, so get your questions in and an extra set of eyes on those lineups.

Note – Last week I went 13-9, which doesn’t appear earth-shattering, but my correct calls scored a total of 193.38 more fantasy points than their counterparts, while my wrong calls only cost owners 79.98. I’ll take a +112.98 difference every time.

#FeedDaBears T.Cohen 📈 w/ Howard's work expected to be reduced. Could estabish himself as go-to with 💪 performance this wk. $4.1k DKings = 🤑 pic.twitter.com/yAx73Upst8

Where is the Wolf spot on? Where is he insane? Sound off below or hit him up on Twitter (@RotoStreetWolf). Plus, be sure to get your question featured in our “Running Sit / Start Mail Bag,” beginning this Thursday.