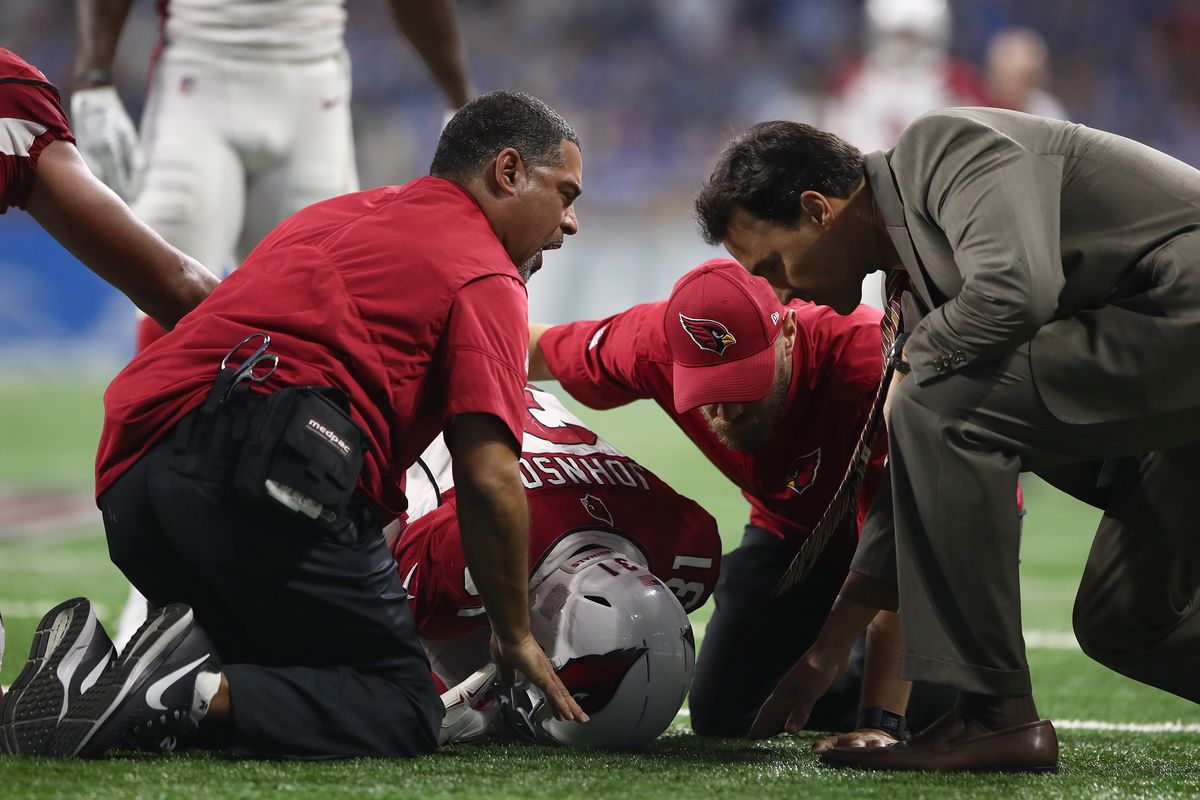 There were a few key injuries during a very mediocre Week 1 of fantasy football.

David Johnson will have MRI Monday to determine if he'll miss a few weeks, half of season or more.#FantasyFootball pic.twitter.com/jaJclJICo7

David Johnson frightened fantasy owners on Sunday when he was hit hard by a Lions’ defender, prematurely ending his afternoon. It was determined that Johnson suffered a sprain wrist, but ESPN’s Chris Mortensen reported that he could miss “a few weeks” or “half the season, or more” — which will be determined after his MRI on Monday. Pro Football Talk threw some water on Mort’s report by saying “it has not yet been determined that Johnson will definitely miss time.” Let’s hope that Mike Florio is right here.

From a fantasy perspective, obviously this would be a gigantic blow if Johnson misses any time. Kerwynn Williams would technically be the starter on the depth chart, but Andre Ellington out-snapped Williams with Johnson on the sideline. Those two will likely form a committee if Johnson misses time. We should know Johnson’s timetable at some point today, and The Wolf will expand upon who to target on the waiver wire on Tuesday.

#Jaguars WR Allen Robinson has torn his ACL and will miss the remainder of the season. #FantasyFootball pic.twitter.com/NXbtJiqnoP

Outside of Leonard Fournette, Allen Robinson was thought to be one of the lone fantasy bright spots of the Jaguars offense. But after Robinson went down with a season-ending knee injury, it looks like Blake Bortles will have an even tougher time to look like a legitimate NFL quarterback. In Robinson’s absence, Allen Hurns becomes Bortles’ No. 1 perimeter target, while Marquise Lee should now be on your radar.

RB Danny Woodhead has suffered a hamstring injury and his return is doubtful.

Ugh. Danny Woodhead was on pace for about 1,000 receptions in his first game with the Ravens before going down with a serious hamstring injury. Woodhead racked up 3 receptions for 33 yards (on only six snaps) before being carted off. Since Woody is likely to miss some time, Buck Allen will be the pass-catching back for a Ravens’ offense that loves to throw the ball to their backs. Allen out-snapped Terrance West 32-to-28.

Odell Beckham Jr. was kept out of the Giants’ opener against the Cowboys, and the offense was pretty stagnant in his absence. Eli Manning struggled big-time, Brandon Marshall was invisible and the offense couldn’t move the ball. Beckham was a game-time decision and should be good to go for Week 2, but it would be smart to monitor his practice availability throughout the week.

It comes to the surprise of absolutely no one that Danny Amendola couldn’t make it through an entire game as Julian Edelman’s replacement. After lobbying for punt return duties, Amendola ended up suffering a concussion after getting a knee to the helmet on a punt return. He may be able to play given that the Patriots will have 10 days in between their Week 1 and Week 2 games, but who knows at this point. If Amendola misses this week, that just means more targets for Brandin Cooks, Chris Hogan, Rob Gronkowski, James White, etc.