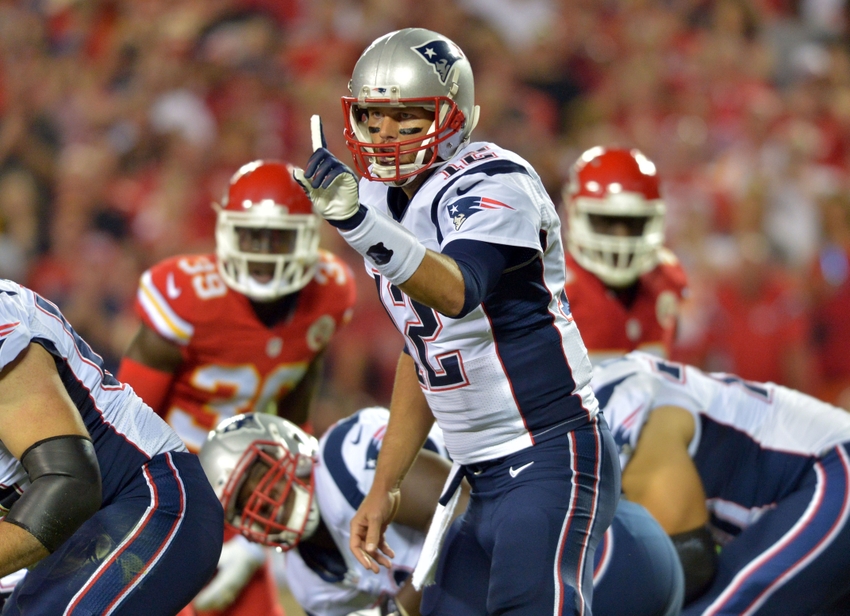 After seven excruciating months of waiting, and hours upon hours of fantasy research, the NFL season is finally upon us. We open the season with the world champion New England Patriots taking on one of last year’s most stout defensive teams, the Kansas City Chiefs. Here’s what to watch for:

Brandin Cooks: The highest ranked fantasy player (according to ECR) on a new team this year is Brandin Cooks. How much has his situation really changed from last year? Elite quarterback, high scoring offense, plenty of mouths to feed, dynamic run game, etc… There has been much speculation during the offseason on the role Cooks will play in the crowded Patriot offense, even moreso after Julian Edelman went down. We’ll now finally get a glimpse of how it’s all going to look.

Mike Gillislee: The Patriots backfield seems to have just as many moving parts this year as their receiving corps. It’s been rumored that Gillislee was brought to town to fill the LaGarrette Blount role, but then again, Bill Belichick ferociously went after Rex Burkhead who will reportedly also receive some early down and red zone work. Belichick has also been quoted saying he wants his running game and each of his running backs to be more versatile and dynamic, so they won’t be predictable. But according to how Gillislee and James White graded out in receiving and pass protection, it would appear clear as to what’s going to happen when White enters the game. It will be exciting to see how the entire Patriots offense functions as a whole.

Tyreek Hill: Hill isn’t debuting on the Chiefs, but he’s debuting at his new role of the number one wide receiver on the team. Has he learned the entire offense? Will he be able to create separation at the line? Will he and Alex Smith be on the same page? We need to pay close attention to how he gets used in this offense and we’ll start to learn if he was a 5th round steal or a waste of a pick.

Kareem Hunt: In this “year of the rookie running back”, Kareem Hunt will be the first guy we’re able to check out in regular season action. Receiving the work-horse load thanks to a season ending injury to Spencer Ware, Hunt is primed to have Andy Reid’s offense run through him. His first test is against a team that let up the 3rd fewest points last season to the running back position, so Hunt owners, keep your calm if his first game is a bit rocky.

The Patriots (Bill Belichick) have an uncanny ability to exploit any opposing team’s weaknesses. The Chiefs don’t have many deficiencies in their defense, but outside of Marcus Peters (who will likely be shadowing Brandin Cooks), they are incredibly weak at the cornerback position. Terrance Mitchell is set to be the second starting CB and while he graded well on Pro Football Focus for the games he’s played in, that’s only been a total of 15 games (and two starts) in his four year career. The Patriots will look to take advantage of Mitchell’s inexperience, likely in the form of Chris Hogan.

Who is going to cover Rob Gronkowski? Derrick Johnson and Ramik Wilson are possibly the best duo of linebackers in the league in coverage, and Eric Berry and Ron Parker are great coverage safeties as well. The Chiefs actually gave up the third fewest points in the league last year to the tight end position. Their first test of the season will likely be their greatest. A healthy Gronk is virtually unstoppable, but this could be the most difficult defense Gronk will face all season.

Another exciting matchup will be Malcolm Butler, the 7th highest rated cornerback in the league, against Tyreek Hill, a converted gadget player lining up as the number one wide receiver for his first time in the NFL. Just as the Patriots exploit weakness on opposing defenses, they also have the tendency to shut down the key player or “go-to” guy on every team’s offense, and force teams to look towards their second or third options. The question is whether the Patriots D will focus on shutting down Hill or Travis Kelce.

From a fantasy standpoint, I’m looking at Chris Hogan and possibly Malcolm Mitchell in this game. Cooks should see plenty of looks but if he’s going to be blanketed by Peters, he may be in for a difficult night, and Brady will find much more success connecting with his some of the other weapons in his arsenal. I would not be surprised if he goes deep to Hogan whenever he sees a one-on-one to his left.