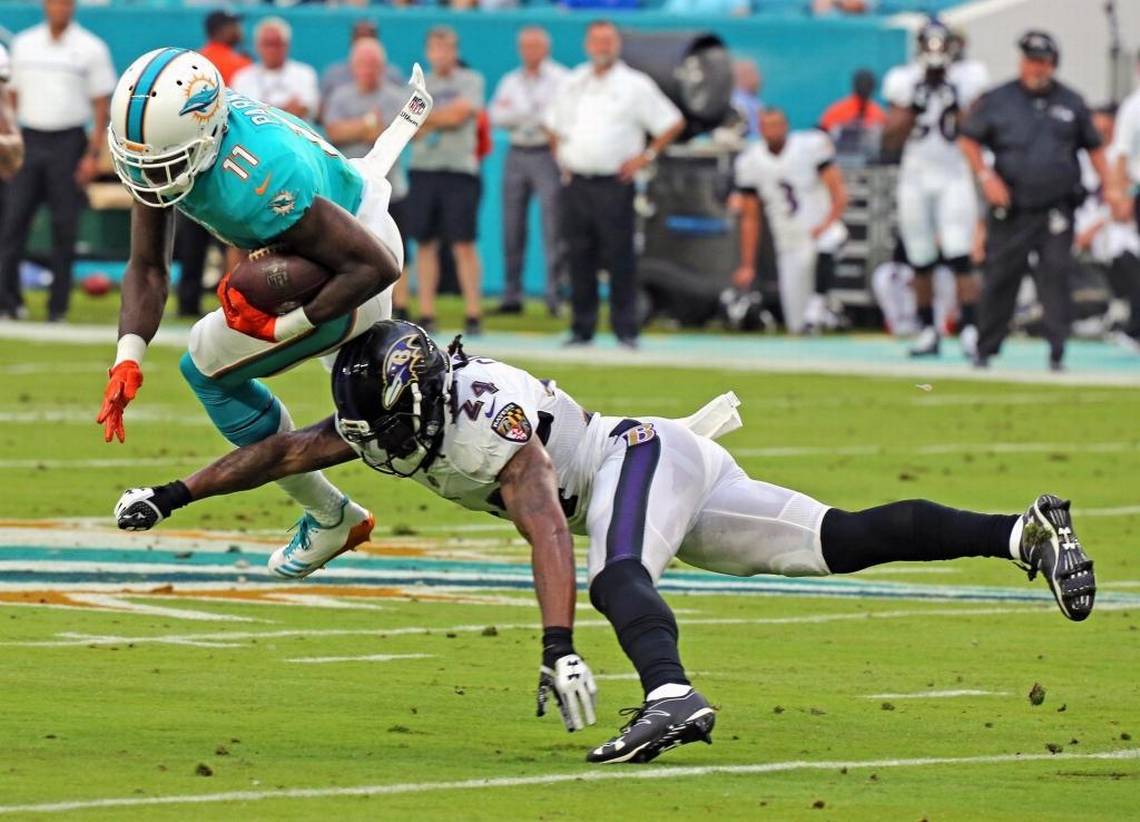 It's time for DeVante Parker to break out now that Jay Cutler is running the Dolphins offense.

Dolphins receiver DeVante Parker seems to be steadily climbing up the receiver rankings after his Week 2 preseason contest. The biggest benefactor to Parker’s stock has been the change in quarterback. Ryan Tannehill is done for the year after suffering a knee injury, so the team signed Jay Cutler to replace him. We all know that Cutler has a rocket arm, which better suits Parker and his ability to play downfield and stretch the offense.

Head Coach Adam Gase praised Parker earlier in the year and even compared him to some pretty skilled receivers.

“It’s strange just being with Demaryius [Thomas] and [Eric] Decker when they were rookies,” Gase said Wednesday at mandatory minicamp. “I was coaching wide receivers. I saw a lot of the same … The way that his path has gone is very similar to those guys. There were injuries early in their career, they fought through some ups and downs and once they kind of figured it out, they just found ways to get better every day. I see him doing the same thing. He goes out there with a purpose and every day we watch the film and we see a guy getting better.”

There’s definitely a desire to get Parker the ball and unleash his skill set after being picked in the first round back in 2015. Where Jarvis Landry is the short route and slot guy for Tannehill to dink and dump to, Parker represents the big play guy that will put up the big yardage totals. Now with Cutler under center, the new QB will likely look to take more shots downfield as he has throughout his career. 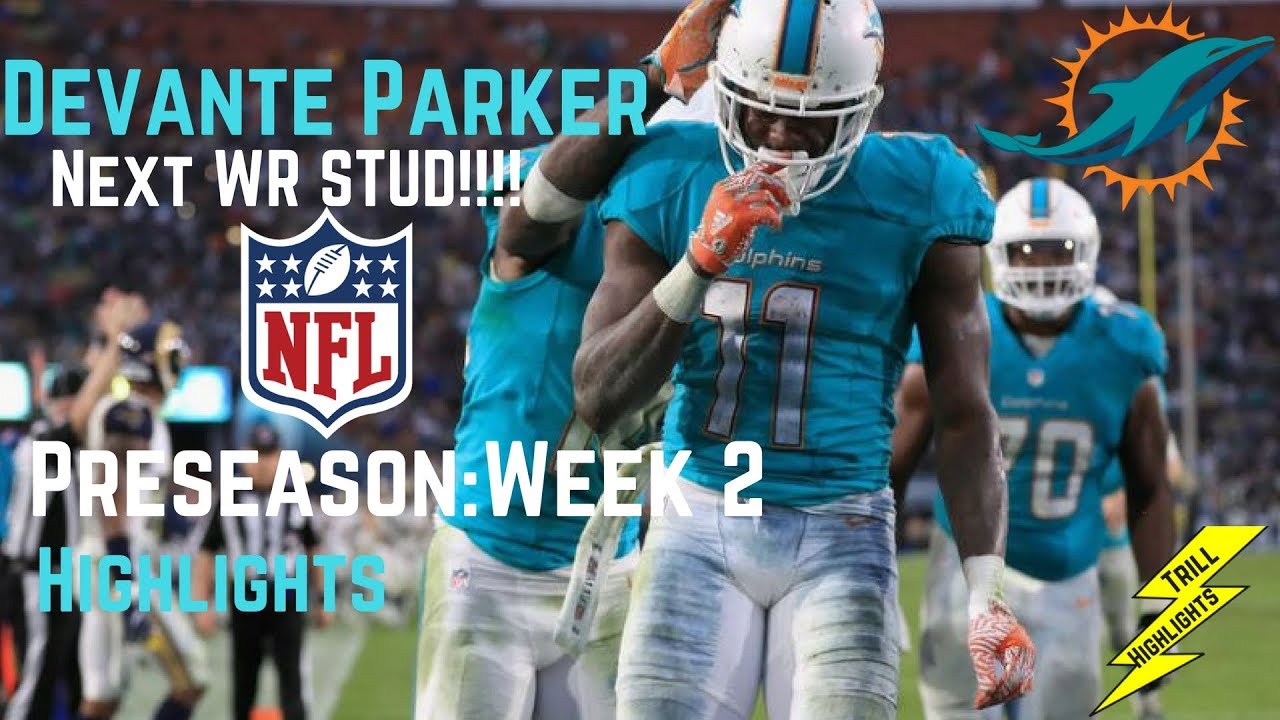 Thursday’s preseason game against the Ravens should only boost Parker’s value going forward. Cutler was under center and looked really in control of the offense. Parker was targeted five times by Cutler completing just one pass (one called back for a holding penalty). The amount of looks was very encouraging, and he was being targeted in different types of routes. Majority of them were down the field, but he had a quick screen that was muffed, and a few short routes.

The most encouraging sign we see for Parker comes from QB Jay Cutler himself. Cutler had nothing but praise for Parker and even compared him to former Bears teammate Alshon Jeffery, who had spectacular seasons when Cutler was the QB.

That sound? #FinsUp WR D.Parker's hype 🚃 roaring his #FantasyFootball ADP up… and me jumping aboard with all 💼s packed pic.twitter.com/vy6qJknrZ0

“I think he’s kind of a faster Alshon, a little bit,” Cutler said. “He’s got a lot of range. Back-shoulder, over the top. He’s got great hands. And he can burn you up if you get [stuck] flat-footed.”

Parker is “a really good player,” Cutler added. “I think the sky’s the limit for him. He’s big, he’s fast. … A deep threat.”

Straight from the horses mouth, Cutler seems to be on board with Parker and has found his new Alshon Jeffery. Jeffery was a bonafide WR1 with Cutler slinging him the rock, totaling a career high 89 catches, 1421 yards, and 7 TDs in 2013 before a masterful 85 catch, 1133 yard, 10 TD followup in 2014. The thought of Parker possibly replicating those stats gives us a tingling sensation. We’ve all been waiting for Parker to break out, and, now fully in-shape, completely dedicated on-and-off the field, and with a QB who’s ready to pepper him non stop, that time is now.

The Fantasy Stock Market never stops turning, and we’ll be tracking every single move with our Fantasy Stock Watch. To keep up with breaking fantasy football news, be sure to follow us on Twitter, Instagram and Facebook.